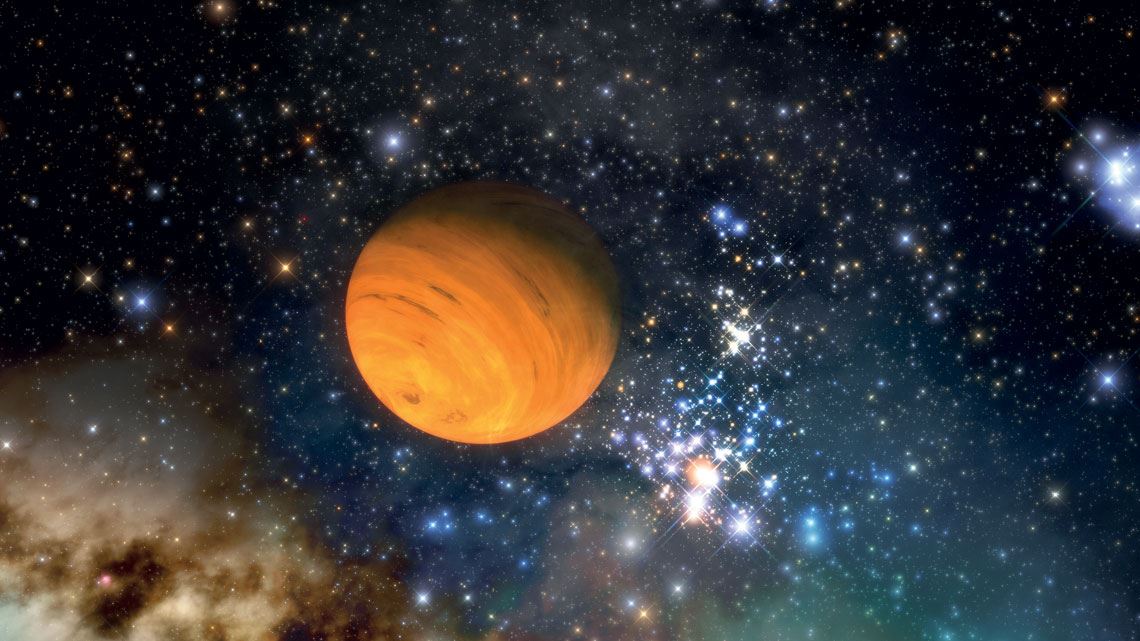 Artist's conception of a rogue planet

An international group of astronomers has identified at least 70 new free-floating planets roaming the Milky Way, the galaxy that is home to our Solar System. Also known as rogue planets, they do not orbit stars, traveling solitarily through space. Without a star to illuminate them, they are only observed directly when they are very young and emit some light. A group led by Núria Miret-Roig, an astronomer from the Laboratory of Astrophysics of Bordeaux, France, and the University of Vienna, Austria, analyzed 80,000 images obtained by ground and space telescopes over the last two decades and located at least 70 free-floating planets, although the real number could be as high as 170 (Nature Astronomy, December 22). They were found in a star-forming region close to the Sun, 420 light-years from Earth, in the direction of the Scorpio and Ophiuchus constellations. Each planet has a mass that is comparable Jupiter’s. “We did not know how many [planets] to expect and are excited to have found so many,” Miret-Roig said in a statement.