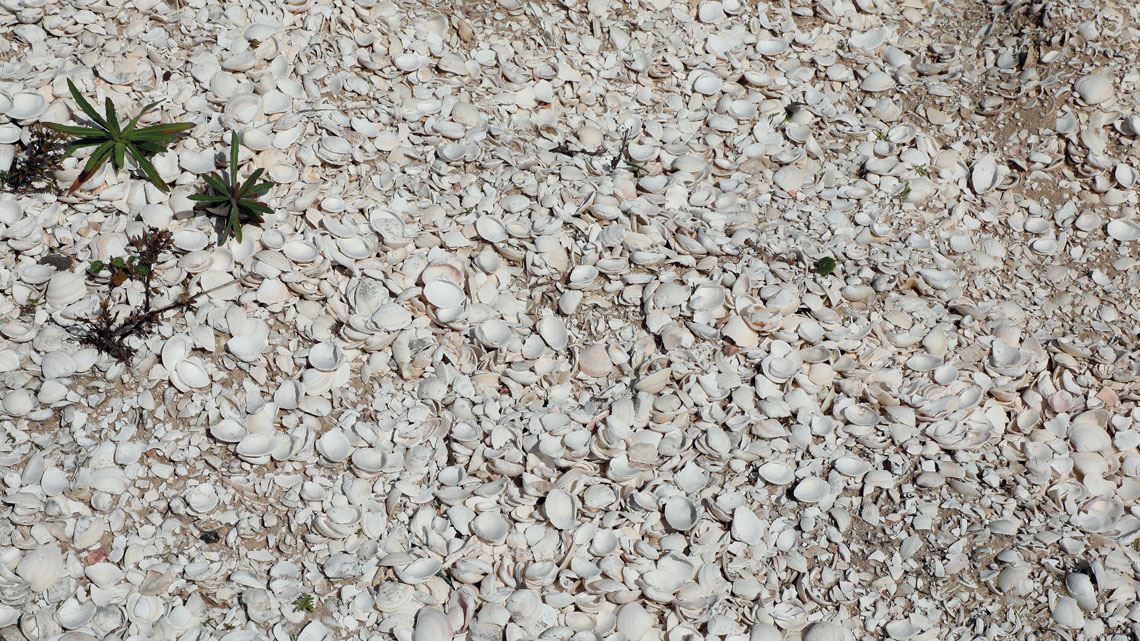 Climate change impacting the fate of vulnerable coastal communities is nothing new. One such example occurred in prehistoric Brazil, affecting ancient populations known as sambaqui societies that lived along the southeast coast, from Rio de Janeiro to Santa Catarina. The name comes from the Brazilian term—itself derived from the Tupi language—for the shell mounds that characterized their settlements, often built for funeral ceremonies. A study published in the journal Scientific Reports suggests that the number and size of sambaqui archaeological sites declined around 2,200 years ago, primarily due to a 1.6-meter fall in sea levels. The hypothesis is that the environmental change reduced the size of bays and lagoons and restricted access to local coastal resources, such as mollusks and small fish, previously abundant and used to build the mounds. As a result, coastal peoples abandoned these funerary traditions, which served as a form of social gathering, leading to divisions and increasing their contact with new environments and peoples.

The scenario was outlined by André Carlo Colonese, an archaeologist from the Institute of Environmental Science and Technology (ICTA) at Universitat Autònoma de Barcelona, head of the research group that wrote the article. The team inferred the diet of nearly 300 sambaqui communities that lived between 7,000 and 1,000 years ago using molecular analysis and radiocarbon dating. Based on their eating habits, Colonese and his colleagues deduced the social dynamics and demographic evolution of the communities. Most of the archaeological sites, from which samples have been collected over decades by scholars from universities, museums, and other Brazilian institutions, are cemeteries. Some of the mounds are made of alternating layers of graves and shells or fish and shellfish remains.

The scientists analyzed the composition of bone collagen—which is extremely resistant to degradation and can last for thousands of years after a person dies—to determine the eating habits of the sambaqui groups. Over the years, an individual’s diet leaves a molecular and atomic imprint on their tissue. The proportion of different carbon and nitrogen isotopes—lighter or heavier forms of an atom of the same chemical element—present in the collagen indicates whether the diet was heavier in certain plants, fish, or red meat. 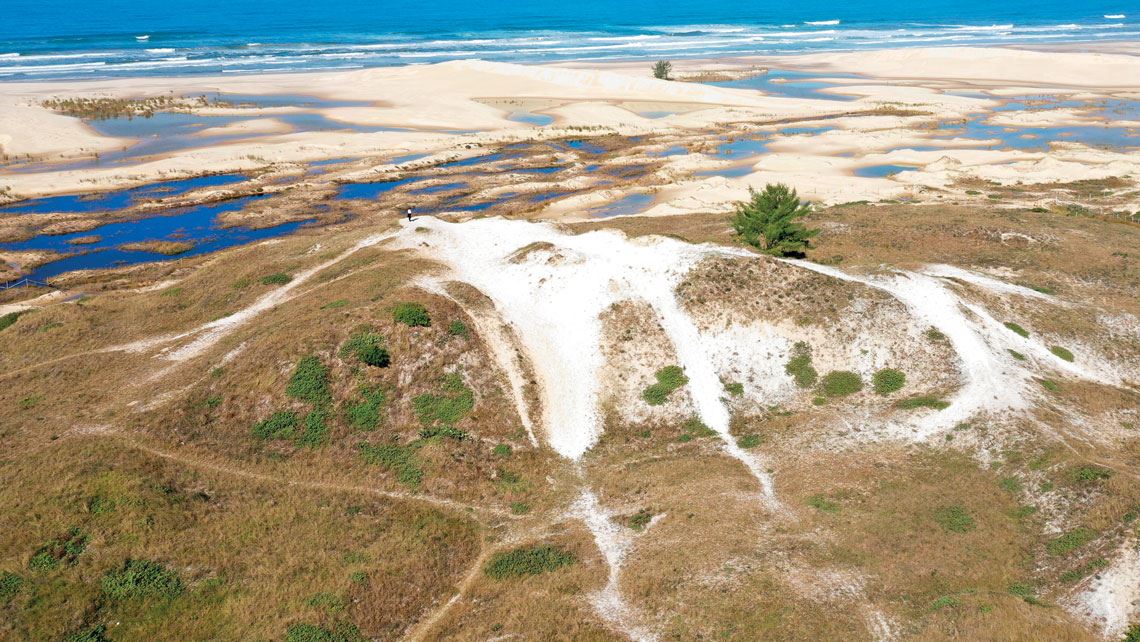 Shell mound in Garopaba, on the coast of Santa Catarina, an area with many such archaeological sitesFabio Colombini

According to the analysis, there was an increase in the consumption of fish from the top of the food chain, such as sharks and rays, roughly two millennia ago, around the same time that the sambaqui societies began to collapse. The authors of the article believe this reflects a change in fishing strategies. Fishing ceased to be a communal activity carried out locally in bays and lagoons and fragmented into family enterprises run by small independent groups in new environments and locations. “Perhaps the most significant and unexpected result of the study was the evidence of substantial population decline along the coast of southern Brazil between 2,000 and 1,000 years ago,” says Colonese. “But this hypothesis still needs to be studied further.”

The study is part of the Tradition project, an interdisciplinary initiative funded by the European Research Council (ERC) that aims to investigate the historical development of small-scale fishing in Brazil. In addition to Colonese, the article was also signed by researchers from five Brazilian universities and institutions in Europe and North America.

Gradual changes
Sambaqui expert Paulo DeBlasis, from the Museum of Archaeology and Ethnology (MAE) at the University of São Paulo (USP), highlights the methodology, breadth, and robustness of the data gathered by Colonese’s group. “One of the merits of the study is that it amassed a large volume of data and submitted them to rigorous statistical processing,” says DeBlasis. “It also supports the theory that the social and demographic complexification of sambaqui cultures did not come from an emphasis on cultivated products, but from the use of sophisticated technologies for intensive exploitation of marine and forest animal resources.”

However, the MAE historian and archaeologist has reservations about the central idea proposed by the study. “Although the growing scarcity of mollusks may have affected symbolic aspects involved in the construction of shell mounds and led to their gradual disappearance, climate change was a slow process that led to new fishing and hunting strategies and intensified the use of these resources,” says DeBlasis. “Apparently, there was no shortage of food. The lagoons are bountiful to this day.”