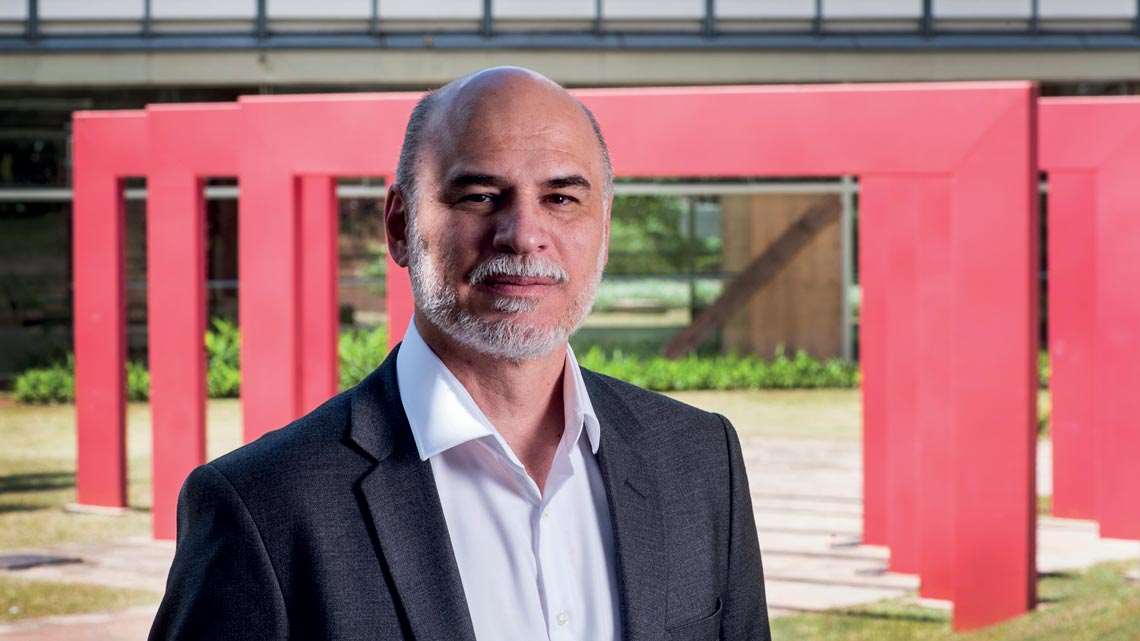 On December 15, 2021, Brazilian physicist Luiz Vitor de Souza Filho was elected to chair the international scientific council coordinating the Cherenkov Telescope Array (CTA) project, a 350-million euro European-led venture building the world’s largest gamma-ray astronomical observatory. The researcher, from the São Carlos Institute of Physics at the University of São Paulo (IFSC-USP), will lead the periodic meetings of the CTA Consortium Board, an assembly with representatives from 80 institutions from 25 countries (including Brazil) that make up the CTA. “This assembly is the controlling agency that makes the principal scientific decisions for the project,” says Souza Filho, who has coordinated FAPESP-funded projects within the CTA framework since 2011.

The observatory expects to create a network of about 100 Cherenkov-type telescopes at two sites, one on Cerro Paranal, in Chile, and another in the Canary Islands, in Spain. The CTA will study the most extreme and energetic phenomena in the Universe, such as gamma-ray bursts, collisions with dark matter (a mysterious substance which makes up 27% of the Universe), supermassive black holes at the centers of galaxies, and apparent violations of the constancy of the speed of light. The telescopes generate images by observing showers of highly energized light particles. They are being built in three different sizes: 8 are 24 meters in diameter, 40 are 12 meters, and 70 are 4 meters in size. In this interview, Souza Filho, whose research group in São Carlos created and patented the arm used to position the camera on medium-sized telescopes, talks about his new role at CTA and developing the observatory.

Why did you decide to run for this position, and what was your election like?
Countries of great importance to the CTA project, such as Germany, France, and Italy, have a dozen representatives on the council. Brazil has three members: Elisabete Dal Pino, from the Institute of Astronomy, Geophysics, and Atmospheric Sciences [IAG] at USP, Ulisses Barres de Almeida, from the Brazilian Center for Physical Research [CBPF], in Rio de Janeiro, and myself. The major project partners have their own representatives. The smaller ones get together and choose a common representative. I have always been a member of the board as a representative of the group of Brazilian scientific institutions associated with the thematic project that I coordinate, such as the Physics Institute at São Paulo’s USP campus, São Paulo State University [UNESP], and the federal universities of São Paulo [UNIFESP], São Carlos [UFSCar], ABC [UFABC], Paraná [UFPR] and Rio Grande do Norte [UFRN], in addition to the IFSC itself. The election process begins with a board search committee that receives nominations for the position of chair. The nominees are contacted and if they’re actually interested, they become candidates.

How many candidates participated in your election?
Two, a Polish scientist [Tomasz Bulik, from the University of Warsaw] and myself. Apparently, there were a higher number of nominations focused on these two names. It was clear to the search committee that these were the candidates who had a chance of winning. The election was held by email and representatives had two weeks to vote. I won by very little, it was a very tight race. I got 53% of the votes and my colleague got 47%. My term is for two years, with the possibility of a term extension or reelection. My predecessor, Jürgen Knödlseder [a German astrophysicist from Paul Sabatier University in France], remained in the post for nine years, but was reelected once and ended up staying longer due to the outbreak of the pandemic. 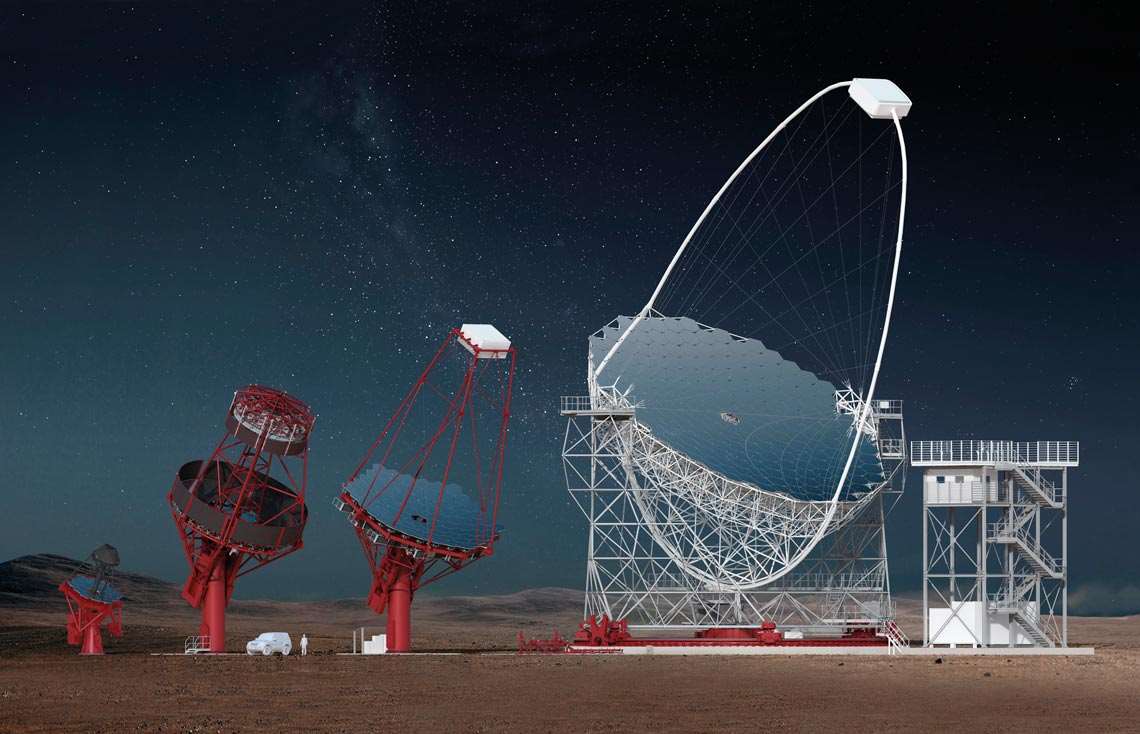 How does the board work?
It ordinarily meets twice a year. The observatory has two administrative headquarters, one in Bologna, Italy, and the other in Berlin, Germany. Before the pandemic, these meetings were in person. Now, they’ve been happening online, remotely. We hope to have an in-person meeting again in May. When an important issue arises that needs to be decided or communicated throughout the year, an extraordinary meeting can also be convened. Lately, there have been several extraordinary meetings because we’re in the midst of an important moment in the experiment. We’re moving from the phase of making prototypes of telescopes and entering the phase of mass-producing antennas and installing them on-site. We held at least three extraordinary meetings in 2021.

What is your role as board chair?
To be a kind of mediator, a diplomat, like the president of the National Congress, in Brasília, for example. The chair is the person who negotiates with the different parties, receives requests from various places and has to manage the demands. He puts a topic to a vote when he perceives there’s a consensus, a path to be followed. Bureaucratically, for example, the chair manages the acceptance of new members and institutions into the consortium and what their role will be in the CTA. Along with two other representatives of the CTA, the spokesperson and co-spokesperson of the observatory, the chair is one of three people who, together, negotiate funds for the project with funding agencies.

Are scientific issues also passed to the chair’s mediation or is the role more restricted to administrative issues?
The board chair’s activity is seen in every sphere; administrative, political, and scientific. Scientific decisions, such as how much observation time on the experiment will be allocated to measure each research target and which researchers will be the leaders for each task, go through the chair and the spokespersons. These leaders are appointed, but their final approval comes from the board. Once a month, the chair and spokespersons talk with leaders to see how tasks are progressing and if anything needs to be fixed.

The CTA was already supposed to have been inaugurated. How is construction going at the sites that will house the telescopes?
We are starting final construction for the site in La Palma, in the Canary Islands, where one large telescope is already in operation. We decided to build the prototype for this kind of telescope, which is expensive and very large, at the observation site itself. There was no point in assembling the prototype somewhere else and then taking it there. The site in Chile should be authorized to begin construction on the observatory in one or two years. Most likely, the northern site will be complete and fully operational before the observatory in Chile. As with most scientific projects, the pandemic further delayed our schedule.

Why will the CTA be built on two different sites and have three sizes of telescopes?
The objects that we can observe from one place are different from those that can be seen from another. We don’t see the same sky in Chile and Spain. In the Southern Hemisphere, we can see the very center of the Milky Way, something which is impossible to do in the Northern Hemisphere. We could say that the southern site of the CTA is optimized for observing high-energy events that happen in our galaxy while the northern site’s priority is to measure objects outside the Milky Way. The three different telescope sizes are intended to observe gamma radiation across a very broad energy range, between 20 gigaelectron volts (GeV) and 300 teraelectron volts (TeV). Generally speaking, the largest telescopes aim to capture phenomena that produce weaker, low-light energies within that range. The smallest telescopes have the opposite function, of observing extremely energetic and luminous events. The medium-sized ones are essential for the CTA and bridge the gap between the two extremes. In principle, they’re the only type of telescope that will be installed at both sites.

The CTA will work with fundamental science, with the goal of understanding how nature behaves in extreme events

How so?
During the first phase of construction, at the La Palma site, 13 telescopes are scheduled, four large and nine medium, with a focus on observing more energetic events. In Chile, there will be 51 telescopes, 37 small and 14 medium, optimized to record very bright events. In the future, if there’s money, it’s possible that a large telescope will also be installed in the southern hemisphere.

How are the Brazilian research groups participating in the construction of these telescopes?
Professor Dal Pino’s group, from the IAG, participated in the development of one of three prototypes for the small telescope. They were part of an Italian initiative. My colleagues at CBPF participated in developing part of the alignment system for the 200 mirrors that make up the large telescope. The project I’m coordinating is focused on instrumentation for the medium telescope. Working with a company from São José dos Campos, Orbital Engenharia, we developed and built the prototype for the metallic structure used to position the medium telescope’s camera. This type of camera arm has been approved by the CTA and incorporated into the final telescope design. USP, UFABC, and Orbital own the patent for this structure. The project was conceived and executed completely in Brazil, with Brazilian companies.

Will this medium telescope arm be built in Brazil?
I have funding guaranteed, around R$5 million, to build this structure for nine telescopes. My former student, physicist Rita de Cássia dos Anjos, now a professor at UFPR, and our collaborator Jaziel Goulart, from the Federal Technological University of Paraná (UTFPR), are receiving funds from Fundação Araucária to build another unit. So we have enough funding guarantees for ten structures. In fact, it involves more than just the construction. We have to manufacture the part, install it on the telescope, take a series of measurements, and assure the CTA that everything is working properly. I’m trying to acquire more funding in order to build arms for around 25 telescopes. I imagine that if I don’t get all the money in Brazil within two years, some institution abroad will have to pay for it. My goal is that regardless of where the funds come from, the construction of the structure is carried out by Brazilian industry. There aren’t any guarantees on this yet, but it would be a logical decision, since we developed and built the prototype, and we know how to manufacture the structure.

When will the CTA generate its first scientific works?
I would say that the first results should come out in about three years. The CTA is an experiment whose objective is to produce scientific discoveries. It doesn’t have an incremental quality, with the goal of obtaining a small improvement in one aspect of some type of measurement or specific parameter that we already know about today. The observatory will work with fundamental, basic science with the intention of understanding how nature behaves in extreme events—extremes of mass, of energy, of size, which can only be observed in detail in gamma radiation. Ultimately, in various types of extremes that can be imagined. We hope that, within a maximum of five years, we’ll be able to produce some kind of discovery. No other gamma-ray observatory will have the ability to measure events so extreme, so energetic, as the CTA. That’s why we believe we won’t have competitors. In the research project that I coordinate, we’re very interested in working with measurements on the nature of dark matter, which, within the CTA, has attracted several international groups.

What other subjects will CTA be aiming to observe?
This environment of extremes, of high energies, is on the frontier of understanding nature. We hope to be able to better understand, for example, the nature of what we call gamma-ray bursts, the most energetic and luminous events in the Universe, which have already been observed in distant galaxies. Or how a black hole—which even light can’t escape—works. Or possibly measure as yet unknown effects of Newtonian gravity or perhaps even quantum gravity.