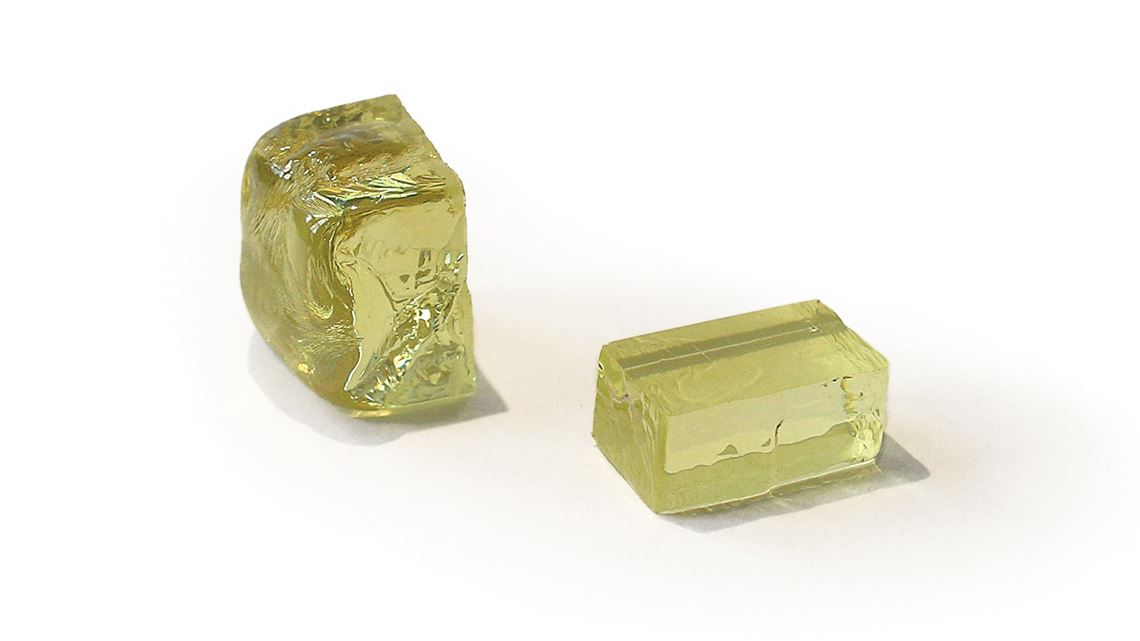 Researchers at the Federal University of São Carlos (UFSCar) have found a faster and less laborious and route to creating glass with specific properties. The group created an artificial intelligence (AI) algorithm capable of identifying glass formulations for computer and cell phone camera lenses based on the desired characteristics of the material. This is the opposite route to that followed by experts for the last 400 years. Traditionally, glass-makers, chemists, and researchers from the field of materials sciences use trial and error and accumulated experience to mix compounds in varying proportions, which are then melted and cooled. Only afterward is it possible to know if the combination results in a glass and what its properties are.

“Using our new strategy, we were able to produce two glasses in the lab with the characteristics we wanted in the first round of experiments,” says materials engineer Edgar Dutra Zanotto, head of the Vitreous Materials Laboratory (LAMAV) at UFSCar and the Center for Research, Education, and Innovation in Vitreous Materials (CERTEV), one of the Research, Innovation, and Dissemination Centers (RIDCs) funded by FAPESP. The strategy adopted and the results obtained are described in an article published in the journal Ceramics International in December.

Zanotto’s team has been pioneering the use of AI to help create glasses for some time. A few years ago, materials engineer Daniel Cassar developed a computer program that used artificial neural networks to try to identify the characteristics of a theoretical chemical composition for glass. Presented in the journal Acta Materialia in 2018, the mathematical model was able to reliably predict one physical property (glass transition temperature) of any oxide glass produced from a mixture of between 3 and 45 chemical elements. The program, however, was not able to do the reverse: determining which components should be combined and in what proportions to produce a specific characteristic. “We had to refine the software using genetic algorithms,” recalls Cassar, who is doing a postdoctoral fellowship at LAMAV. A genetic algorithm is a computing technique capable of overcoming optimization problems, inspired by biological mechanisms such as heredity, mutation, and natural selection.

The researchers tested the new program by defining two specific properties that the new glass should have: a low glass transition temperature of below 500 degrees Celsius (°C), and a high refractive index of above 1.7. These are the characteristics needed to produce small, thin lenses in large quantities by pressing glass in metal molds. Cassar fed the program with the glass transition temperature data of 45,302 combinations produced from up to 39 chemical elements and the refractive index of 41,225 formulations from up to 38 elements. He then used a genetic algorithm to identify the most important compositions. The software selected 15 formulations, from which Zanotto selected the two most likely to work.

At LAMAV, chemist Gisele Guimarães dos Santos, also on a postdoctoral fellowship, transformed the theoretical formulations into real materials. The first, made of six compounds, is straw colored and became rigid at 450°C, with a refractive index of 1.7. The second, a caramel colored mixture of 11 compounds, was vitrified at 400°C and had a higher refractive index (1.75). “This is a more efficient route to producing glass materials that meet industrial requirements,” concludes Zanotto.