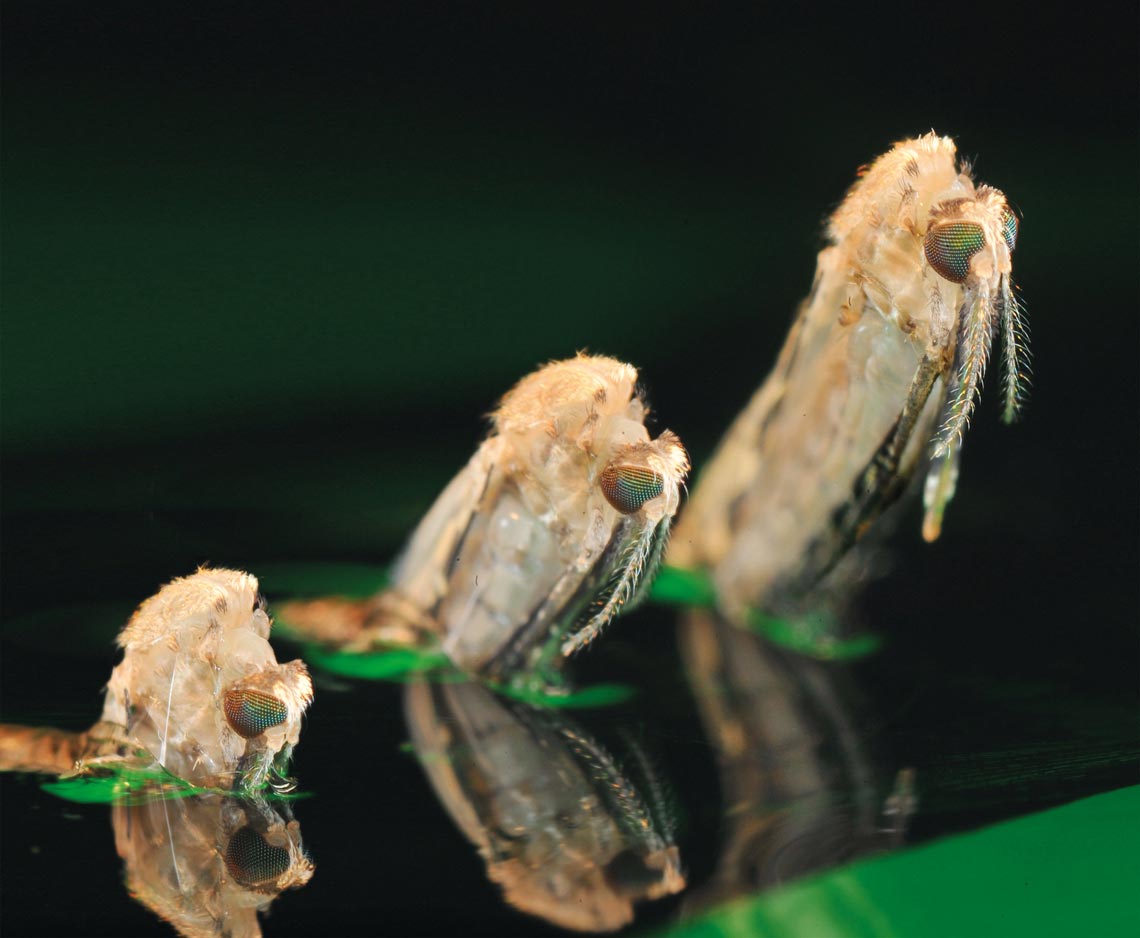 High-altitude winds in West Africa can carry insects over great distances, including mosquitoes of the genus Anopheles, several species of which are known to carry malaria. Insect migrations at altitudes of up to 3 kilometers (km) have previously been captured by radar, which can detect animals heavier than 10 milligrams. Researchers Tovi Lehmann and Diana Huestis, both from the US National Institutes of Health (NIH), have found another strategy—more low-tech, in fact—to identify the presence of mosquitoes as small as the Anopheles genus riding the air currents. In four villages in Mali, they attached sticky nets to helium balloons suspended 40 to 290 meters from the ground for 10 consecutive nights each month, over periods ranging from 22 to 32 months. They captured hundreds of thousands of insects in the nets, including 2,748 mosquitoes (235 Anopheles). Based on computational models that took wind direction and speed into account, the group estimates that more than 50 million Anopheles mosquitos hitch a ride on the wind each year, which may allow them to travel as far as 300 km in nine hours of flight (Nature, October 2). None of the captured mosquitoes were found to be carrying malaria. The data suggests, however, that infected mosquitoes are likely using the wind as a means of fast travel: the sample had four times as many females (which are responsible for malaria transmission) than males, and more than 90% of them had eaten a pre-flight meal—in one-third of cases, human blood. The findings may explain how these insects suddenly resurface at the end of the dry season in the Sahel, the transitional region in central Africa between the Sahara and the savanna.