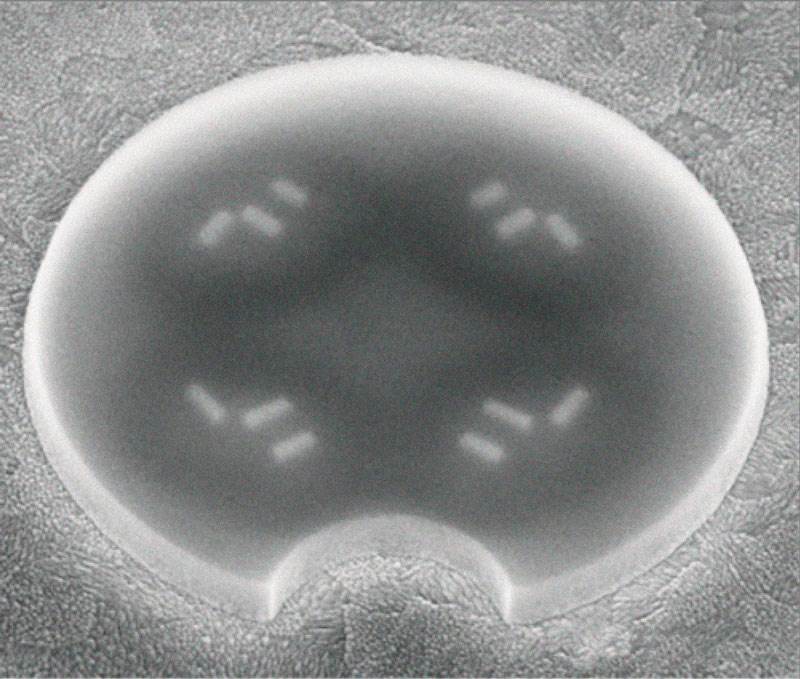 Physicists from the University of Würzburg in Germany were able to propel a microscopic object and precisely control its movements using only light. The disk-shaped acrylic object, just 2.5 micrometers in diameter, has four tiny gold antennas with which the beams of light can interact to control its movement. The four antennas perform the same function as the rotors on a drone, which explains why the researchers dubbed the object a microdrone. When focused on the antennas, the particles (photons) of the light beam exert a small amount of pressure. While imperceptible to macroscopic objects, such pressure can cause strong acceleration in microscopic particles. Using two beams of light, a group led by physicist Bert Hecht was able to move the microdrone horizontally and vertically in an aqueous medium, in addition to rotating it both clockwise and counterclockwise, depending on how many and which antennas were activated. In the tests, the scientists directed the microdrone as it traversed complex paths (Nature Nanotechnology, April 21). Improving the control of microscopic objects, according to the authors, could be useful in assembling nanostructures and analyzing surfaces with nanometer precision.