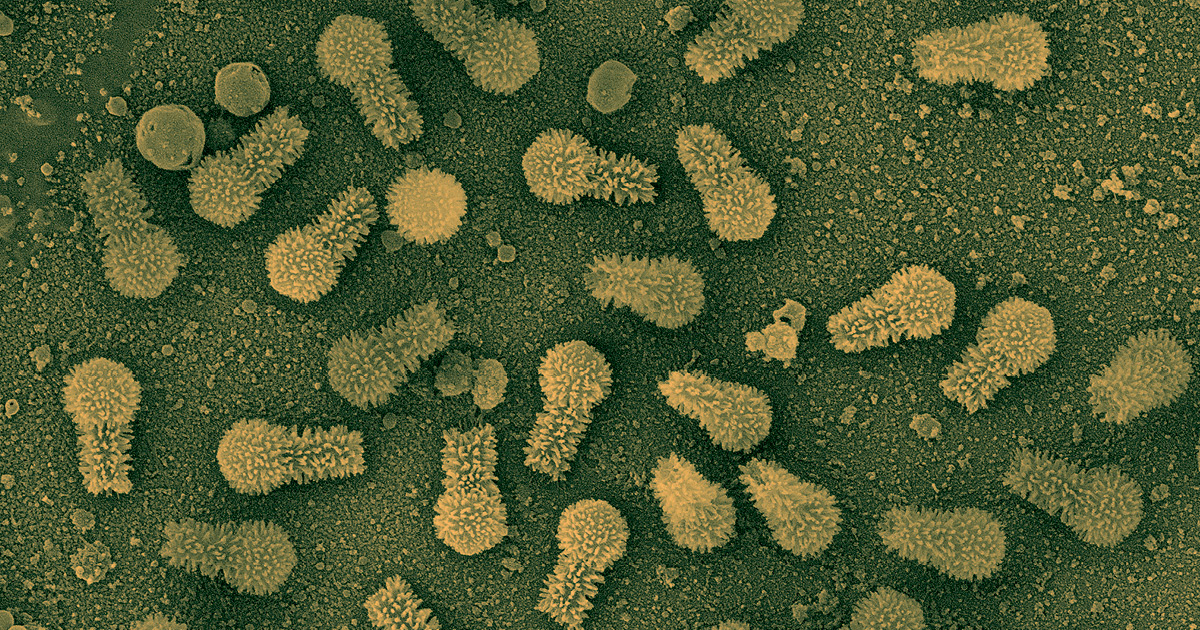 Color image based on original in black and white
Issue # 276
feb. 2019
Biology

In samples collected off the coast of Rio de Janeiro and from saline lakes in the Pantanal, virologist Jônatas Abrahão, from the Federal University of Minas Gerais (UFMG), identified giant viruses with the longest tails ever recorded (the cylindrical parts in the image). About 20 times larger than common viruses, the Tupanvirus is roughly the same size as many bacteria. It lives, however, in amoebas 20 times bigger than itself. “Its size allows it to have a large genome that makes it almost autonomous, reigniting the discussion on whether or not viruses are living organisms,” says biologist Rodrigo Rodrigues. The image, obtained at the UFMG Microscopy Center and published in Nature Communications in February, was selected by the journal Nature as one of the highlights of the year.