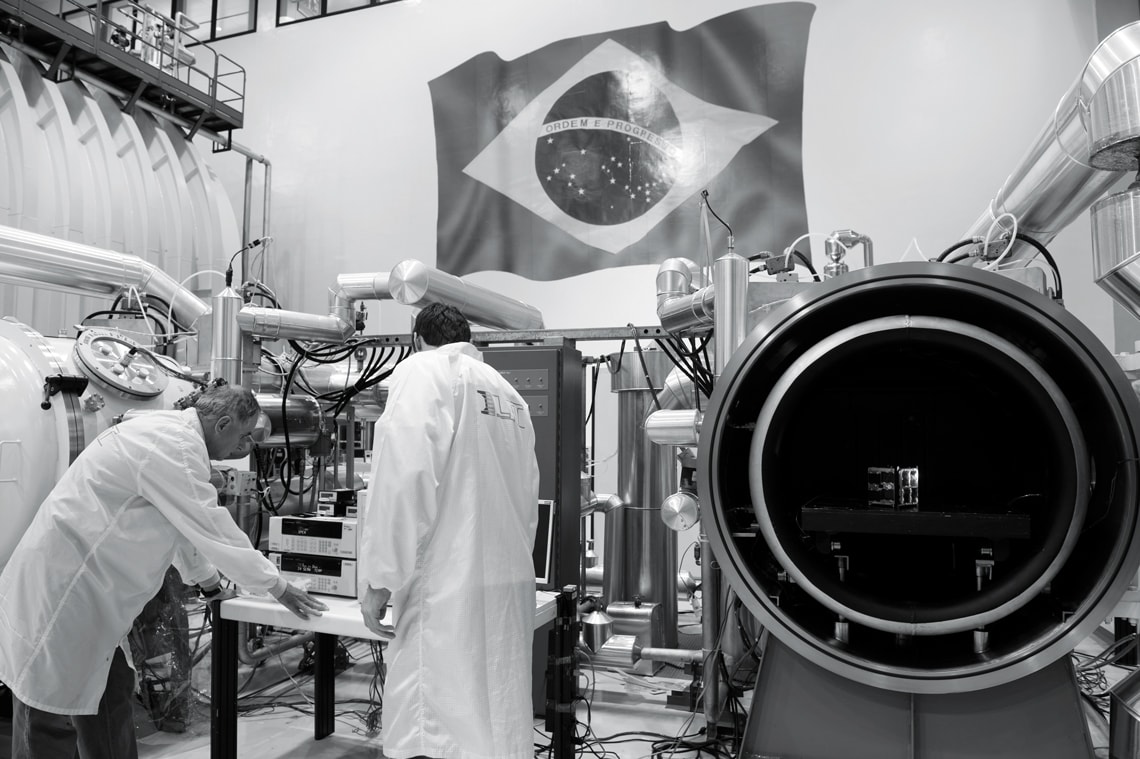 The FNDCT has funded the engineering studies at the Itaipu plant...

The future of the National Fund for Scientific and Technological Development (FNDCT)—the federal government’s main funding tool for research and innovation, which turned 50 in late July—is facing uncertainty. Since 2015, due to successive government-mandated budget cuts, the fund has had decreasing funds available every year, undermining the funding of scholarships and research projects at universities and companies. The budget bill currently in Congress predicts that the FNDCT will raise more than R$6.4 billion in 2020, of which only R$600 million will be cleared for investment; R$1.6 billion should supply lines of credit to companies at the Brazilian Funding Authority for Studies and Projects (FINEP), while more than R$4 billion will be reserved for contingency. In 2019, R$421 million has already been spent from an approved budget of R$851 million; this is equivalent to 45% of payments made in 2015, which reached R$2.39 billion.

FNDCT management may also change in 2020. A proposal—not yet made official—presented by the Brazilian Ministry of Finance in September suggests transferring control of FINEP funds to the Brazilian Development Bank (BNDES), thus turning over to the bank the money that was held up in recent years. The proposal also recommends replacing the FNDCT, whose revenue comes from different economic sectors, with a fund supplied by federal contributions. The idea of relocating management to BNDES has been raised previously, and the natural result would be the depletion of FINEP—as the agency uses the resources of the fund to provide companies with nonrepayable investments and loans and to fund the research infrastructure of scientific institutions. The Brazilian Ministry of Science, Technology, Innovation and Communications (MCTIC), under which FINEP operates, would lose its ability to manage the budget if deprived of the control of these resources. 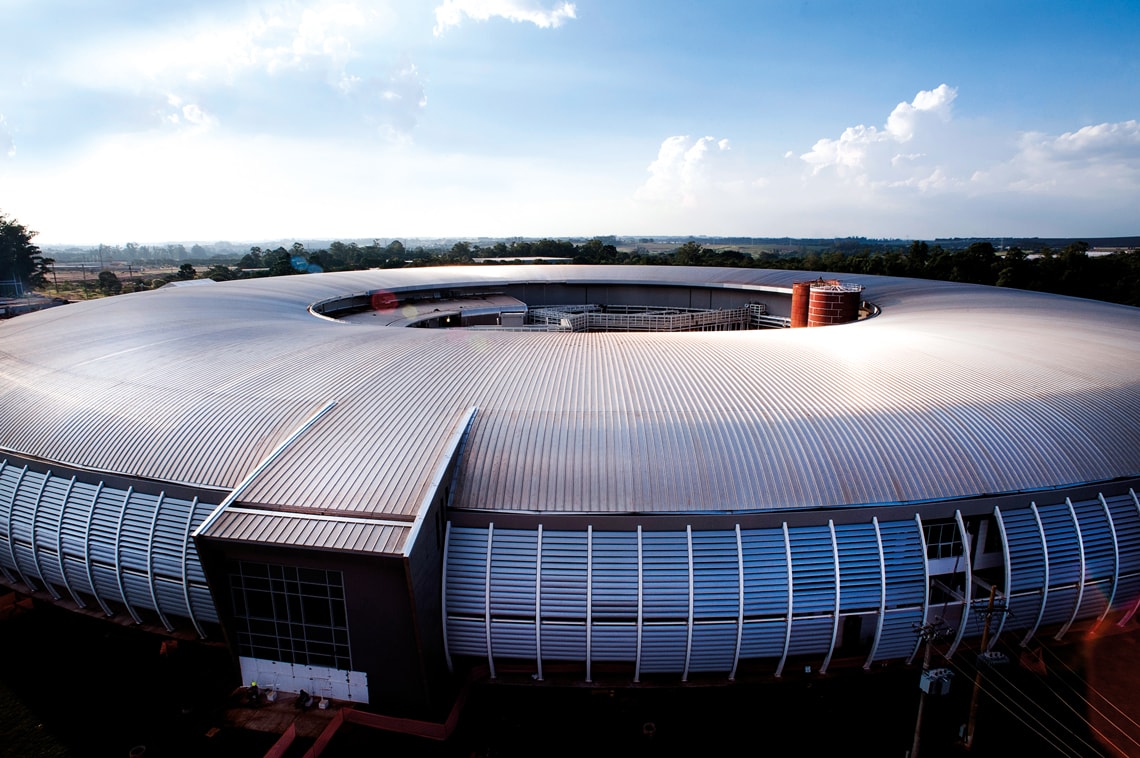 …the construction of the Sirius synchrotron light source…Léo Ramos Chaves

If successful, the change could represent the end of a tool that has survived several rearrangements of the science and technology funding system. Conceived at the height of the military period (1964–1985), the FNDCT was created by an executive decree signed on July 31, 1969 by then President General Arthur da Costa e Silva; in the early 1970s, it became the financial branch of a government policy that connected the country’s growth to its ability to train researchers and build a competitive scientific and technological infrastructure. As part of the same strategy, institutions such as FINEP and the Brazilian Agricultural Research Corporation (EMBRAPA) were created at the time, and the National Institute of Metrology, Quality and Technology (INMETRO) and the National Institute of Industrial Property (INPI) were restructured.

The list of research projects sponsored by the FNDCT is extensive. The fund was crucial for setting up labs at universities and laying the foundation of Brazil’s postgraduate system. The number of FNDCT projects rose from 26 in 1972 to 201 in 1978, with an average amount of US$2 million per project. With the help of these resources, the amount of postgraduate programs grew from 125 in 1969 to 974 in 1979. “The focus during this first phase was on research infrastructure, with funding for laboratories in institutions, such as the University of São Paulo and the main federal universities,” says Luiz Martins de Melo, an analyst at FINEP and professor at the Institute of Economics at the Federal University of Rio de Janeiro (IE-UFRJ). Another goal for FINEP, in its early years, was to facilitate studies on major infrastructure projects in the country. The engineering projects for the Itaipu hydroelectric dam and the Rio-Niterói bridge were subsidized by the fund. Some time later, companies interested in doing research and development (R&D) received a line of credit financed by the FNDCT: from 1976 onwards, 30% of their resources funded the program Support of the Technological Development of National Enterprises (ADTEN). Support for innovation, which would become FINEP’s main mission, was already a government concern when the FNDCT was created. “In the mid-1960s, there was a need to structure the mechanisms for funding innovation and BNDES took on this mission. Then we realized that the logic for funding intangible assets was unique, and FINEP was created,” explains Martins. 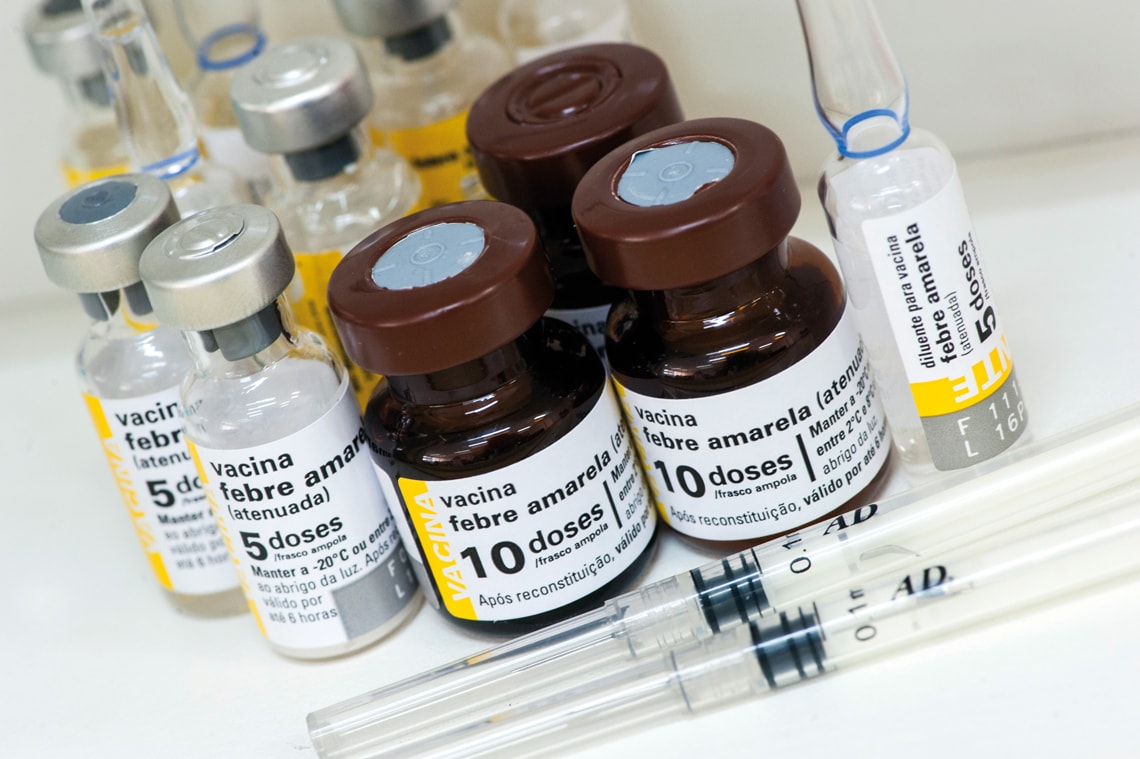 The ambition to achieve vigorous and sustainable growth was expressed in the 2nd Basic Plan for Scientific and Technological Development (PBDCT), launched in 1976, which foresaw investments of about US$2.5 billion in research in areas such as energy, agriculture, and regional development in the following years. “It was the most impressive science and technology policy Brazil has ever had,” states Carlos Américo Pacheco, a professor at the Institute of Economics at the State University of Campinas (UNICAMP) and chief executive officer of the Executive Board at FAPESP. When presenting at the 2nd PBDCT, economist João Paulo dos Reis Velloso, then Minister of Planning, summarized its purposes: “If we are going to invest so many billions in a plan like this, we must ensure the relevance of the science and technology produced to the life of the country. It should be relevant in many fields. Initially, in terms of technological solutions for the current stage of our industrial development, as well as the energy crisis and balance sheet issues,” he wrote, noting that the challenge required a comprehensive approach. “False dilemmas were immediately avoided. Fundamental research, applied research, and technological innovation must go hand in hand. Otherwise, we will be lacking in common sense and wasting public resources.”

The effects of the oil crisis and rising inflation dampened growth expectations, but the resilience of companies during the economic recession of the late 1970s is attributed to investments in scientific research and industrial capacity. At this stage, however, the FNDCT lost its momentum. Between 1979 and 1984, federal funding was reduced to only 30% of that of the previous period, while the number of projects tripled from 201 to 663 and the money disappeared fast: the average amount allocated to projects decreased to only 10% of what it had been before. In 1985, the creation of the Ministry of Science and Technology breathed new life into the FNDCT. The newly civilian federal government invested around US$60 million that year, and was able to secure annual amounts of about US$90 million until 1988. During this period, an emergency program was established to acquire new equipment for laboratories. From 1989, however, the economic crisis associated with hyperinflation decreased federal transfers, which only reached US$30 million in 1991. 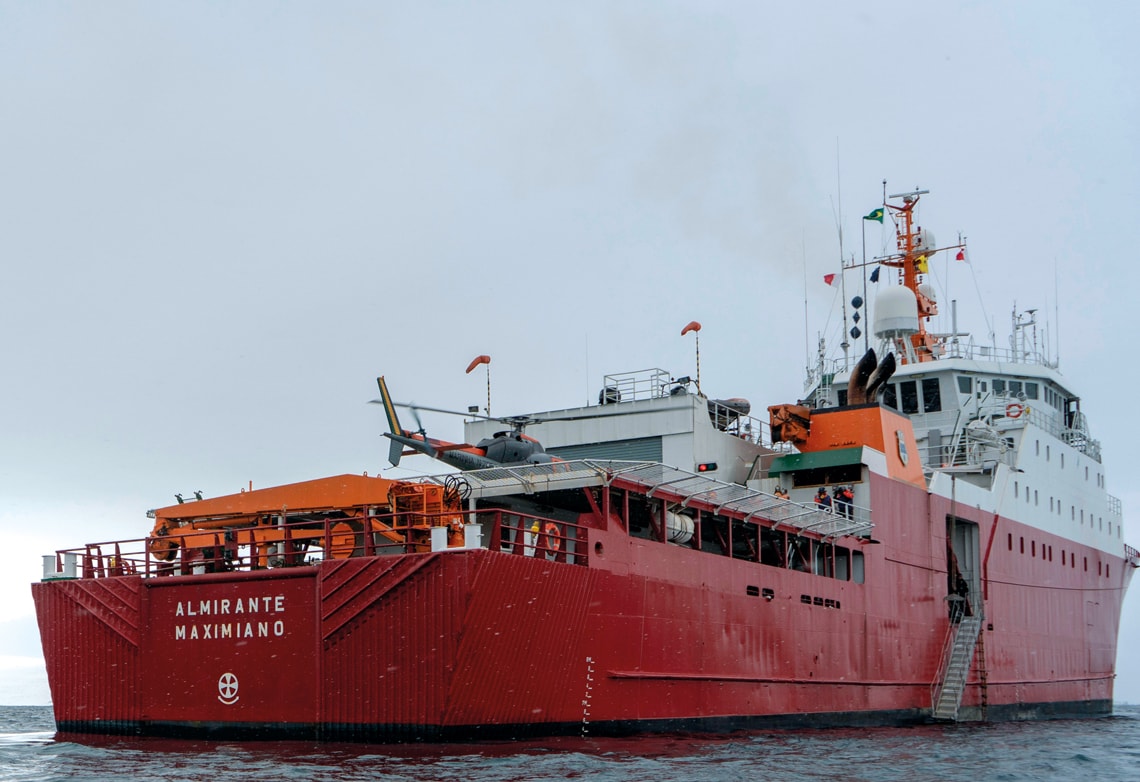 The FNDCT was reborn in the late 1990s with the creation of Science and Technology Sector Funds—which became its main source of funding. Of the 16 sectoral funds, 14 are linked to economic segments, such as oil, energy, health, and biotechnology, while the remaining two are cross-cutting and focus on projects that promote the interaction between universities and companies and on improving the infrastructure of scientific institutions. Each fund receives specific revenues. The energy fund, for example, gets between 0.3% and 0.4% of the revenue from electric utilities. The oil and gas fund used to receive a percentage of production royalties, but lost this source of funds in 2013, when Congress regulated pre-salt exploration.

The purpose of the sectoral funds was to complement federal funding to the FNDCT and to use most of the funds raised to support research for each sector; to that end, each fund would have a steering committee to select the projects. In practice, this money replaced federal transfers and the sectoral nature of research investment was lost. The FNDCT began to consider supporting events, projects without ties to sectoral agendas, and other topics related to government industrial policy. A 2016 report by the Senate’s Science and Technology Committee pointed to missteps in the management of sectoral funds, notably the “seizure of the FNDCT” by the MCTIC, which started to rely on the funding for its programs and exercise control over the coordinating committee. “The sectoral funds began to lose effectiveness as cross-cutting efforts increased,” says Pacheco, who was one of the creators of the funds as executive secretary of the Ministry of Science and Technology and chairman of the FINEP Board of Directors between 1999 and 2002. The mischaracterization of the funds can be illustrated by the fact that, between 2013 and 2015, more than R$2 billion from FNDCT resources was used to fund an international exchange program for undergraduate students, Science without Borders. 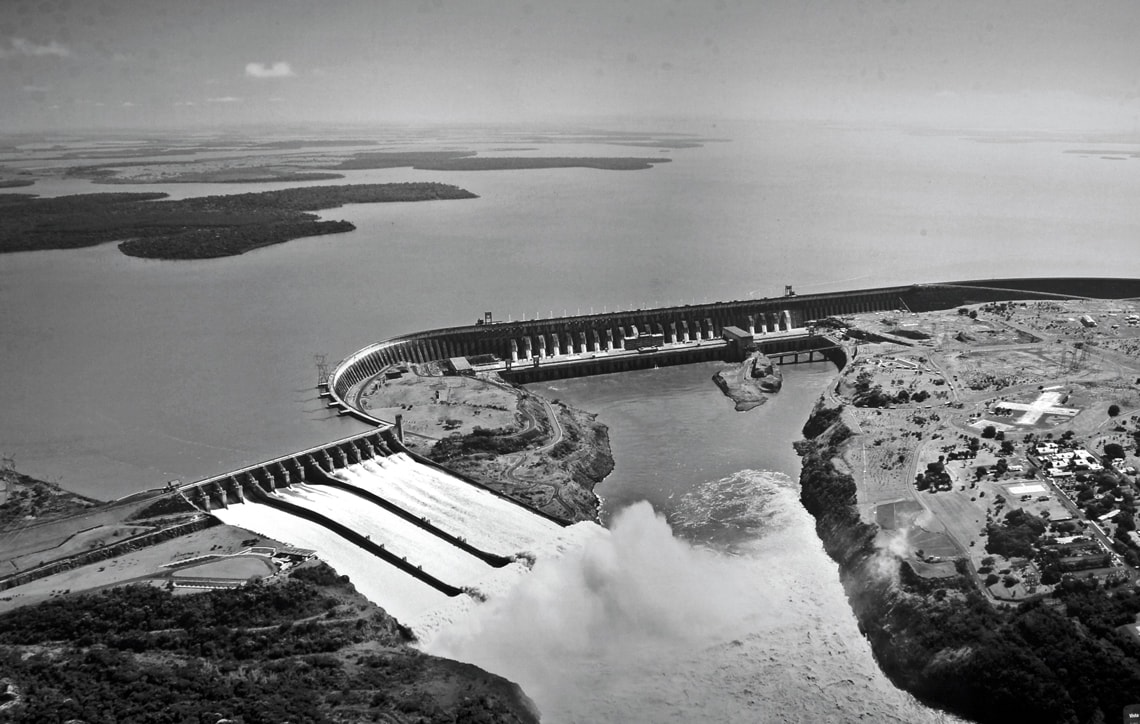 The need to seek new revenue sources and restructure the sectoral funds started to arise. Two years ago, FINEP president Marcos Cintra proposed that the FNDCT no longer have an accounting capacity and instead become a financial fund—thus, even resources that were under contingency and held up could generate returns and increase investments. But the idea did not move forward. According to João de Negri, an economist at the Institute of Applied Economic Research (IPEA) who helped assess the effectiveness of the FNDCT at the beginning of the decade, the fund has been an important tool and should remain in the sphere of influence of the MCTIC, but it needs to be reworked in order to avoid the scattering of resources and return to some of the initial goals established when it was created. “The priority today is to increase the scale of Brazilian science and provide it with large laboratories, capable of enabling research in areas on the frontier of knowledge, such as artificial intelligence and biotechnology.” According to Negri, this would help economic productivity and avoid periods of stagnation that undermine the country’s ability to adequately fund science, technology, and innovation.