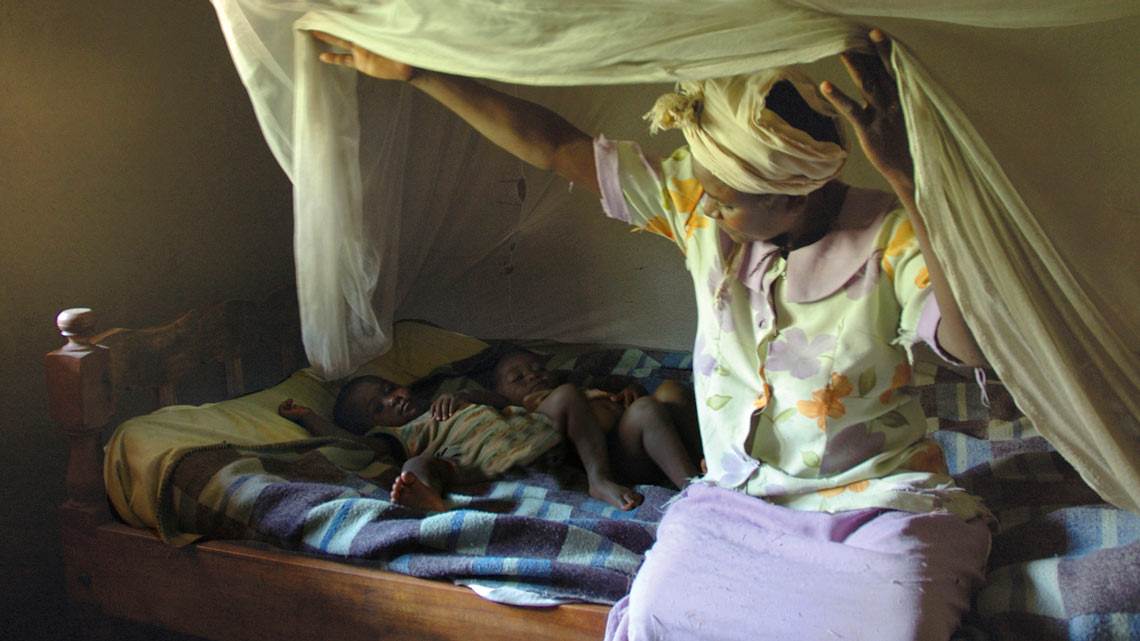 A new study shows the long-term benefits of insecticide-treated mosquito nets, used to prevent malaria transmission in endemic areas since the 1990s. In addition to physically stopping mosquitoes that transmit the parasite that causes the disease, treated nets also kill them. Previous studies have failed to allay fears that the use of mosquito nets could prevent children from developing immunity, thus increasing their risk of contracting malaria as adults. The new study, led by Günther Fink, an epidemiologist from the University of Basel in Switzerland, followed 5,983 children in Tanzania for 20 years and found that using mosquito nets in childhood was associated with a greater chance of living to adulthood. Children who slept under mosquito nets more than half of the time in the late 1990s and early 2000s were 40% more likely to survive to adulthood than others who used them less than half of the time. The protection was conferred regardless of family income, parental education, and distance from a health center (The New England Journal of Medicine, February 3).