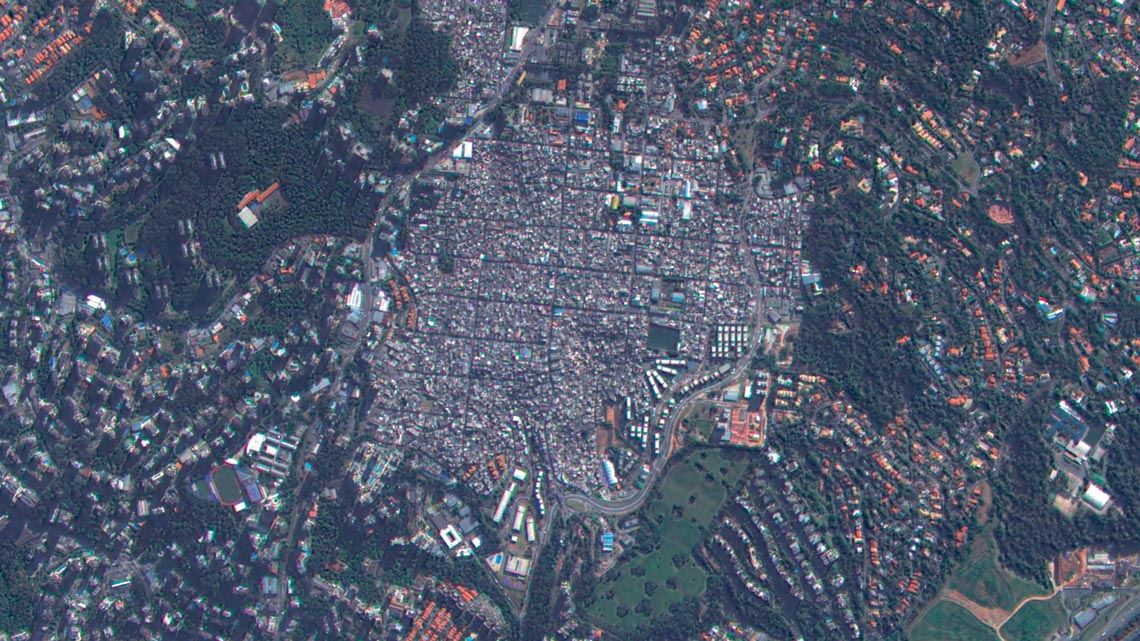 In demographic surveys, satellite imagery has expanded assessments of changes in discrete areas

Used in conjunction with census data, new technologies for capturing and interpreting satellite imagery and tracking mobility are helping to provide a better understanding of organization patterns in Brazilian cities. In demographic studies, these technologies create new possibilities to assess the dynamics of and changes in discrete spatial areas.

Antonio Miguel Vieira Monteiro, a computer scientist and engineer at the Socio-Environmental Systems Research Laboratory of the Brazilian National Institute for Space Research (LISS-INPE), is leading a research group that since 1998 has been exploring new techniques and methodologies for population studies using satellite data. “We’ve developed new methods to extract and interpret demographic information from satellite images capturing human activity in a given area,” he explains.

Novel technologies have opened up new possibilities for spatial analysis, says Monteiro, such as estimating population size during intercensal periods. “Using census data, we are able to translate the satellite imagery of study areas into social and economic attributes. Without the census, this type of research would be undermined,” he says. Monteiro’s research group also trains demographers to incorporate Earth observation methods into their routine work.

Other technological developments have enabled studies on urban mobility using heterogeneous data. Mariana Giannotti, an engineer at the Geoprocessing Laboratory of the Polytechnic School at the University of São Paulo (POLI-USP), and a researcher at the Center for Metropolitan Studies (CEM), a FAPESP-funded Research, Innovation, and Dissemination Center (RIDC), conducted a study in collaboration with the World Bank to assess the mobility of favela residents in São Paulo based on mobile-phone data collected over multiple days throughout 2016. Researchers analyzed the daily movements of 100 volunteers with georeferencing apps installed on their devices.

“We mapped out their origins and destinations and intersected this data with census-sector data to derive information on income and identify mobility patterns. This information can support better planning of public transportation systems,” says Giannotti. “We are in a unique time with so many emerging technologies, but they cannot entirely replace census taking. Without a census, our ability to analyze large volumes of data is limited,” she says. Roberto Luiz do Carmo, of IFCH-UNICAMP, concurs, adding that “social scientists are now being challenged to engage more closely with the field of informatics than they have in the past.”