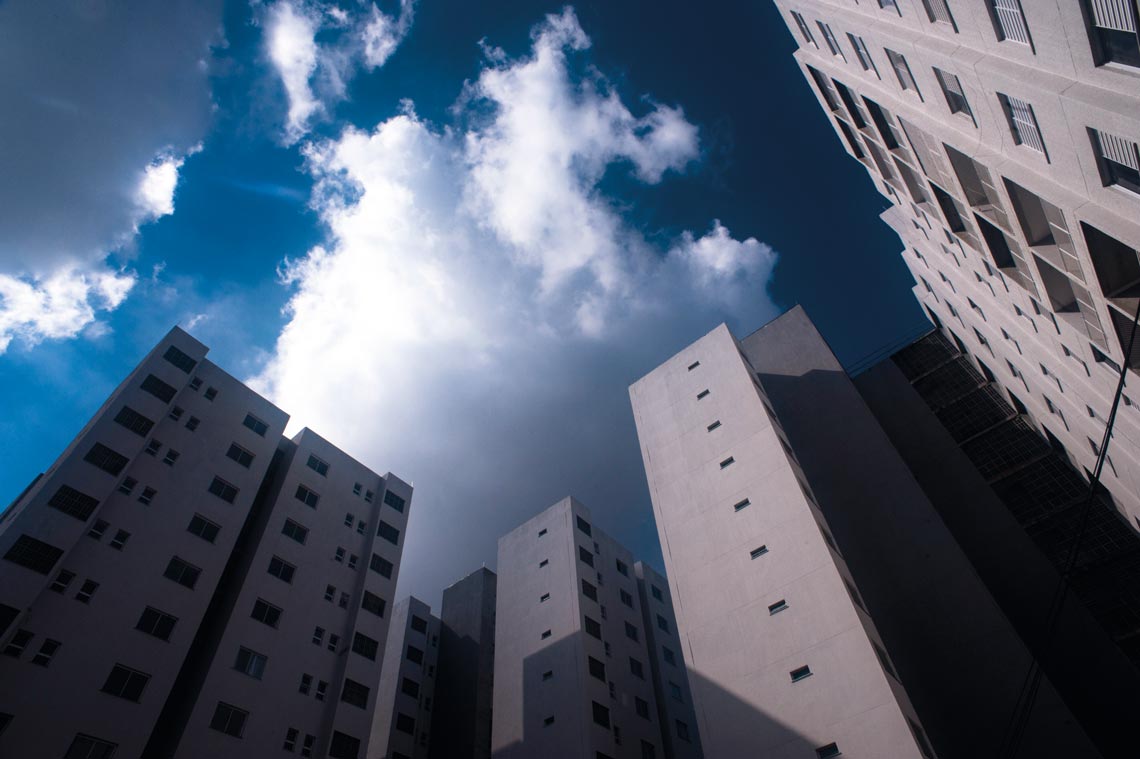 Units of the residential complex Florestan Fernandes, in São Paulo, built by a government campaign

As the largest housing program in the country, My House, My Life (MCMV) has also become a source of academic research—which, despite its volume, fails to offer a thorough perspective on the constructed dwellings and in turn provide a foundation for political decision-making. These are the key study conclusions of the bibliographical review coordinated by architect Doris Kowaltowski, professor at the School of Civil Engineering, Architecture and Urbanism at the University of Campinas (FEC-UNICAMP). Intrigued by the large amount of research around this topic, in 2015 she brought together a group of five researchers to verify the scientific investigations already carried out. “I wanted to do an analysis of what was already known about the program,” she says.

The team started with a set of more than 8,000 documents that mentioned the project and were identified in different databases. “Our initial concern was to locate what had been published about My House, My Life. From there, we would establish the selection criteria for the works,” explains architect and urbanist Daniel de Carvalho Moreira, also of FEC-UNICAMP. The first of these filters was to identify the strictly academic production, using international indexes and wide-reaching instruments, such as Google Scholar. The corpus was reduced to 2,477 works, including transcription of conferences, articles, books, and book chapters, manuscripts, and reports—as well as 750 dissertations and theses, whose titles and summaries were analyzed to provide an overview for the more refined research, which focused on 57 selected articles taken from SciELO, Scopus, and Web of Science. This material was evaluated in a very detailed way, with classification using four parameters—type of research and of results (qualitative or quantitative), scope of research (local or national), and typology of studied dwelling (individual or multifamily). The first phase of research was presented in a 2015 article in the Journal of the Korean Housing Association; last year, a summary with the results was published in the British journal Building Research & Information.

Some aspects surprised the researchers. The first was the quantity of studies carried out in disciplines that did not include architecture and urbanism. “Approximately half of the postgraduate works about MCMV were developed in programs such as law, economics, geography, sociology, among others,” reports Moreira. With respect to the studies within architecture and urbanism, there was an expectation to find studies that evaluated the architectural projects and the conditions of the housing from the perspective of the user, which only happened much later. “The case studies and analyses of the constructed units did not represent the primary approach of the researchers in the area of architecture and urbanism, as the cases seemed not to be very thorough and without strict protocols,” comments the researcher. Kowaltowski highlights the difficulty in comparing data with an absence of a common methodology. “In the few studies carried out with the residents, there is considerable variety in the procedures used,” she says. “But this problem does not occur only in Brazil; there are no set ways of evaluating social housing anywhere in the world.”

The coordinator of the study points to this fact as one of the reasons for the existence of contradictory conclusions in the set of examined studies. Among the works they evaluated, for example, access to the urban infrastructure based on the units built by MCMV, 16 articles classify it as positive and three as negative. Then, in relation to the reduction of family housing costs, five studies observed a positive effect from the move to one of these housing units, while seven associated the change in residence to an increase in costs. The Mozambican engineer Elisa Muianga, who joined the team of researchers responsible for the bibliographical review while doing her doctorate at FEC-UNICAMP, explains one of the reasons why the new home became costly for the families: “Many times, they were people who had been living in the slums and did not have expenses such as water, electricity, strata fees, and then had to begin paying for them in their new home.”

According to Nabil Bonduki, architect, urbanist and professor of urban planning at the School of Architecture and Urbanism at the University of São Paulo (FAU-USP), the discrepancies in the results can be related not only to the absence of methodology, but also to the differences among the beneficiaries. “MCMV was the first mass program in Brazil that served a larger number of people in the lower income population. And the prior circumstances of the beneficiary must always be considered,” he states.

Various initial circumstances would explain, for example, why two studies view as positive the safety of the new dwelling, while another two point to this having worsened. According to 2017 data from the National Department for Housing, since 2009, which was the year the program was implemented, until 2016, of the almost 3.2 million units delivered, 1.1 million were designated for bracket 1—families with monthly income below R$1,800.00. The second bracket—monthly income up to R$4,000—received the highest number of units: 1.8 million. In the third bracket—up to R$9,000 per month—290,000 housing units were acquired through the program.

Focus on the residents
With a current focus on aspects related to the city and neighborhoods, such as the evaluation of the location of the complexes and their relationship to the urban landscape, the team of researchers point to the importance of the development of scientific studies based on the perspective of the user. In the 2015 article, in which partial conclusions were presented based on the bibliographical review, the authors sustain that “Research tools that can accurately assess the quality of life of people in their new circumstances should be tested and applied together with statistically robust methods. Studies should be repeated in order to compare first impressions with future levels of satisfaction.”

They argue that the fact that there are few studies with this characteristic seems to be connected with the repetition of errors of the past on the part of public authorities, not only in Brazil, but globally as well—in particular with respect to business startups. “Some studies registered that the architectural projects do not meet the diverse needs and concerns of the end users, indicating the need for improvement efforts whenever possible,” confirms Kowaltowski. Among the key complaints noted in the studies is the small square footage of the units—in most cases, 35 square meters—for families with more than three people, and lack of concern for the thermal comfort of the residents—regarded as a negative characteristic in the studies in which it was considered.  Kowaltowski argues that simple architectural resources, such as prior assessment of sun exposure and use of cross-ventilation, should be used in the projects in order to avoid larger problems in the future. “Temperatures are increasing all the time. One day, these people will buy air conditioning units to deal with the problem in the housing units and this energy expense, which could be avoided with project adjustments, will end up being yet another contributor to climate change.” Lack of privacy, since there is a short distance between the windows of the various units, and the monotonous appearance, created by the repetition of identical or very similar houses, are other problems highlighted by the study and recalled by the researcher.

Experts indicate that some of the reasons for academic production having had limited impact on the program and its projects include the nature and size of My House, My Life. “There are situations in which the difficulty in acquiring a house is so prohibitive for a family, and the possibility of obtaining a property represents such a huge gain in quality of life, that there is not much room left to judge the quality of the dwelling, because the first necessity is that this be resolved,” believes Daniel de Carvalho Moreira. 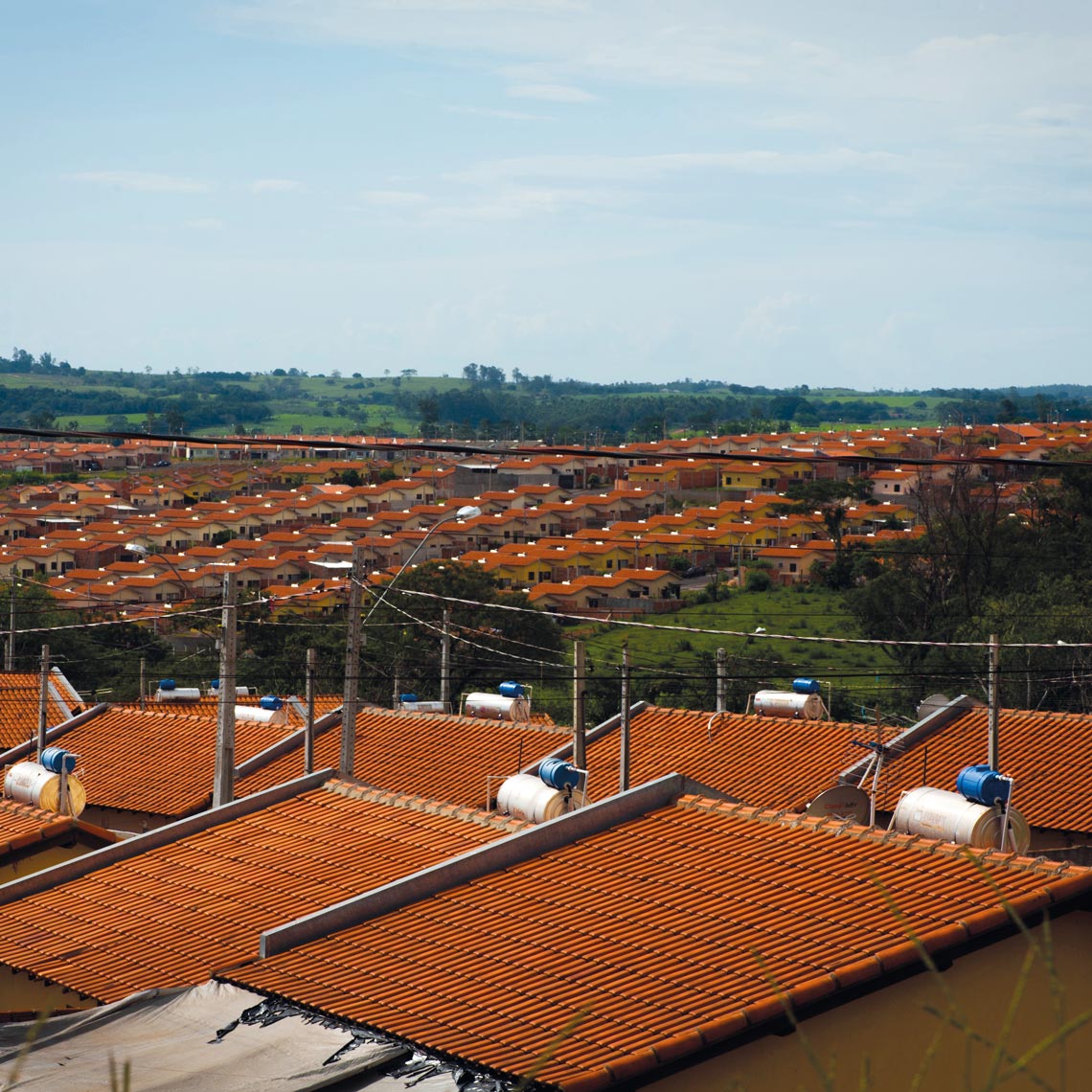 Stimulating the economy
Nabil Bonduki points to the size of the program. Compared with what the National Bank for Housing (BNH) developed between 1964 and 1986—funding the construction of 4 million housing units—the MCMV, which was implemented during the presidency of Luiz Inácio Lula da Silva (2003–2011), exceeded this historical benchmark in nine years. According to the Ministry of Regional Development, since 2009, 5.5 million housing units were commissioned, and more than 4 million were delivered. In addition to setting a higher goal, the program was also created with the intention of stimulating the economy through the civil construction sector: a study carried out by the Brazilian Association of Real Estate Mergers (ABRAINC) and by the Economic Research Institute Foundation (FIPE) showed that, between 2008 and 2017, MCMV was responsible for 77.8% of the 6.3 million units released by the real estate market throughout the country. In 2010, the year following the launch of the program, the contribution of the civil construction sector to Gross Domestic Product (GDP) increased by 11.6%, the highest in 24 years and higher than the percentage increase of the country’s GDP growth. “For an initiative of this size, standardized projects are preferred since any innovation can delay financing approvals,” explains Bonduki, author of the three-volume book Os pioneiros da habitação social (The pioneers of social housing; UNESP Publishing, 2014).

For the FAU researcher, who was involved in conceiving a national housing project to be implemented under Lula’s government, the limitations in quality are inherent for mass initiatives. “My key criticism is that, among the various initiatives proposed for this area, only one was implemented—the MCMV program, that is, making resources available for the construction of new units,” he confirms. According to Bonduki, in addition to the program, other initiatives are necessary to satisfactorily address the housing deficit in Brazil, such as sanitation and urbanization of precarious settlements, restoration of historical centers, and a program for developed plots with funding from construction materials—which was not further developed.

Bonduki highlights, however, the branch Entities of My House, My Life, a modality in which the resources are generated by the beneficiaries themselves, who administer the construction of the units and even participate in the decisions about construction processes. One of the examples is in Tiradentes City, in the eastern zone of São Paulo, where the Landless Workers’ East 1 Movement (MST Leste 1) built, with funding from the program and through a government campaign, the complexes Florestan Fernandes and José Maria Amaral.

“Clearly, MCMV represents a significant effort to provide housing for millions of families. While the initiative is very positive, as an architect and researcher, I always ask myself if the quality could be improved,” notes Kowaltowski. Elisa Muianga thinks that the time interval between application in the program and delivery of the housing could be used to understand the needs and future requests of the residents. “It would be a good opportunity to establish contact and understand what is important to the population in question. This would help to make the projects innovative.” Muianga is certain: “The partnership between academia and public authorities is the only means to foster improvements in social housing.”