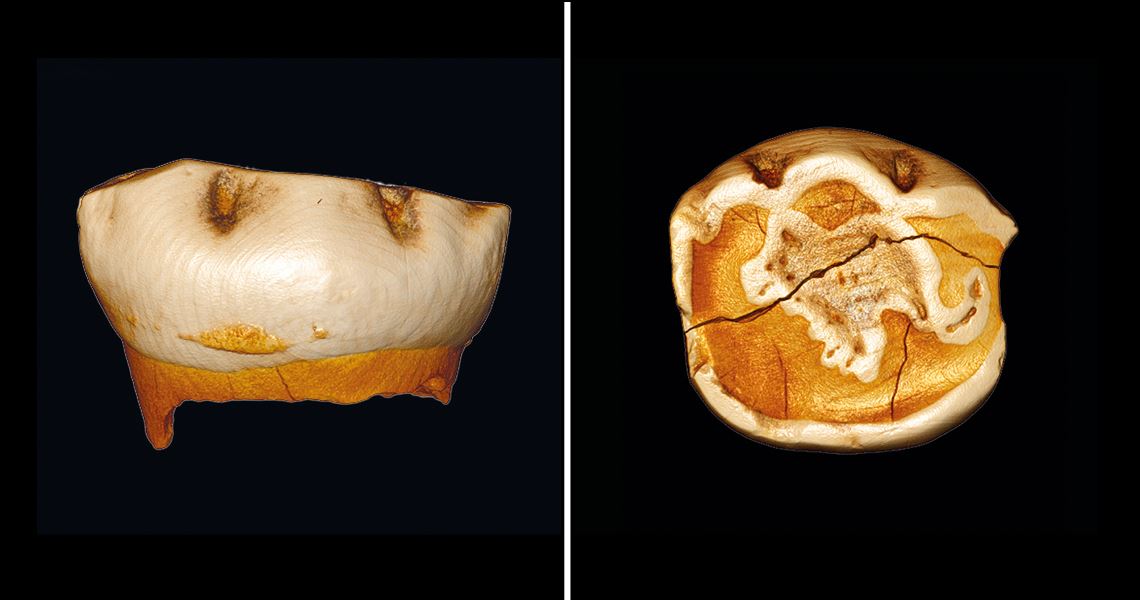 Neanderthals (Homo neanderthalensis), a hominid related to modern humans (sapiens), died out roughly 30,000 years ago. For some time, their end was attributed to how long they breastfed their offspring, longer than H. sapiens, which may have led to a gradual decline of their populations. New evidence suggests, however, that the weaning age and growth rate of newborn Neanderthals were similar to modern humans. A group led by Stefano Benazzi of the University of Bologna, Italy, reached the conclusions by analyzing the baby teeth of Neanderthal children found at archaeological sites in northeastern Italy. The researchers examined the growth lines that form in the teeth as they develop and found that babies started to eat solid foods at about 6 months of age (PNAS, September 21). The findings suggest that Neanderthals and modern humans shared the same metabolic restrictions, requiring additional nutrition to support the developing brain.