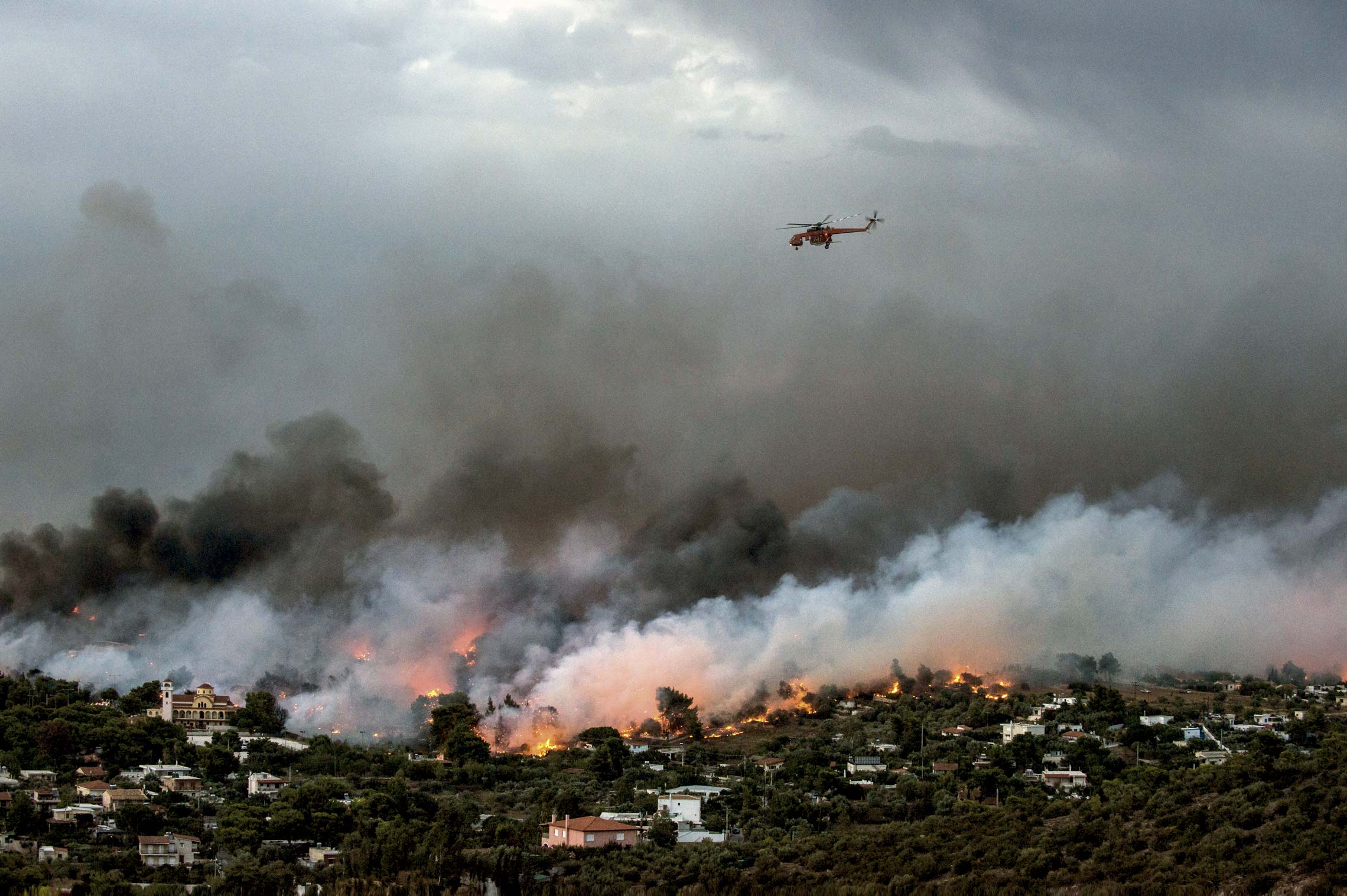 Rafina, near Athens, Greece: the situation is likely to worsen in the coming decades

On August 3, the temperature in Alcácer do Sal, near Setúbal, Portugal, reached 45.9 degrees Celsius (oC), close to the country’s record of 47.4 oC, recorded in 2003. By early August, the heatwave in Europe had caused the deaths of three people in Spain and numerous droughts and fires from Sweden to Greece, where dozens of people died. The highest temperature ever recorded in Europe was 48 oC in Athens in June 1977. In Japan, some 22,000 people were hospitalized with heart problems when a heatwave hit the country in July, with temperatures exceeding 41 oC. On August 4, British medical journal Lancet called climate change, which is believed to have contributed to the recent heatwaves, “a true planetary health emergency.” The Royal College of General Practitioners, the UK’s largest medical association with 52,000 members, responded by announcing that it shall no longer invest in companies that produce fossil fuels, the consumption of which is one of the leading causes of climate change (British Medical Journal, July 27). If nothing is done to reduce greenhouse gas emissions, deaths from intense heatwaves over the coming decades could rise in at least 20 countries, including Brazil, according to projections by an international group of scientists that includes researchers from the University of São Paulo (PLOS Medicine, July 31). In the worst-case scenario, heat-related deaths could increase by nine times in the coastal cities of Northeast Brazil in 2031–2080 compared to 1971–2020, and by five to six times in coastal cities of the South and Southeast.