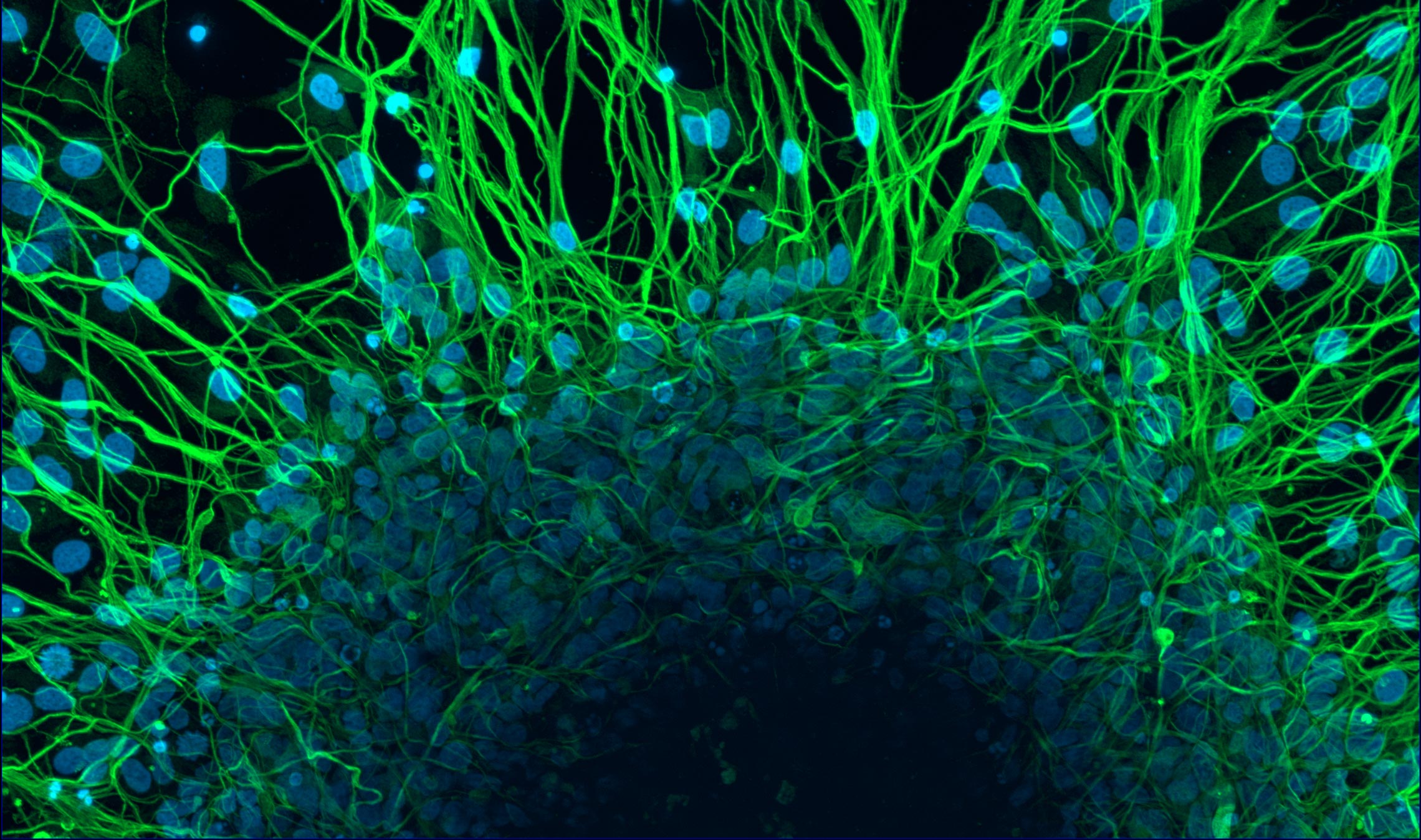 Brazilian researchers have developed human sensory neurons in a laboratory for the first time. These cells are responsible for transmitting sensations of pain and other environmental stimuli, such as temperature and pressure, to the brain and other organs of the central nervous system. Other researches in Brazil have obtained similar results, but the neurons were never functional. This group, which included neuroscientists Stevens Rehen and Marília Zaluar Guimarães, both from the Institute of Biomedical Sciences at the Federal University of Rio de Janeiro (UFRJ) and the D’Or Institute for Research and Education (IDOR), generated human sensory neurons capable of responding to chemical substances that cause irritation. They used genetic reprogramming techniques to transform skin cells into other less specialized and more versatile cells known as induced pluripotent stem cells. Then, using other compounds, they stimulated the stem cells to create sensory neurons. “We created neurons with similar conditions to human physiology, capable of responding to irritating chemical substances such as resiniferatoxin and capsaicin, the active ingredient in chili peppers,” says Rehen, coordinator of the study, which was conducted in partnership with a researcher from multinational cosmetics company L’Oréal. The cells also exhibited other characteristics specific to sensory neurons: the ability to detect pain stimuli and produce compounds that transmit pain signals to the brain (Frontiers in Molecular Neuroscience, August 22). “We hope that these cells will allow us to improve studies on the role of sensory neurons in chronic pain, which affects millions of people worldwide,” says Guimarães. “They could also help reduce the use of animal testing in the development of analgesics.” The researchers now plan to connect the sensory neurons to electronic devices and simulate how these cells receive external stimuli and transmit them to the central nervous system.