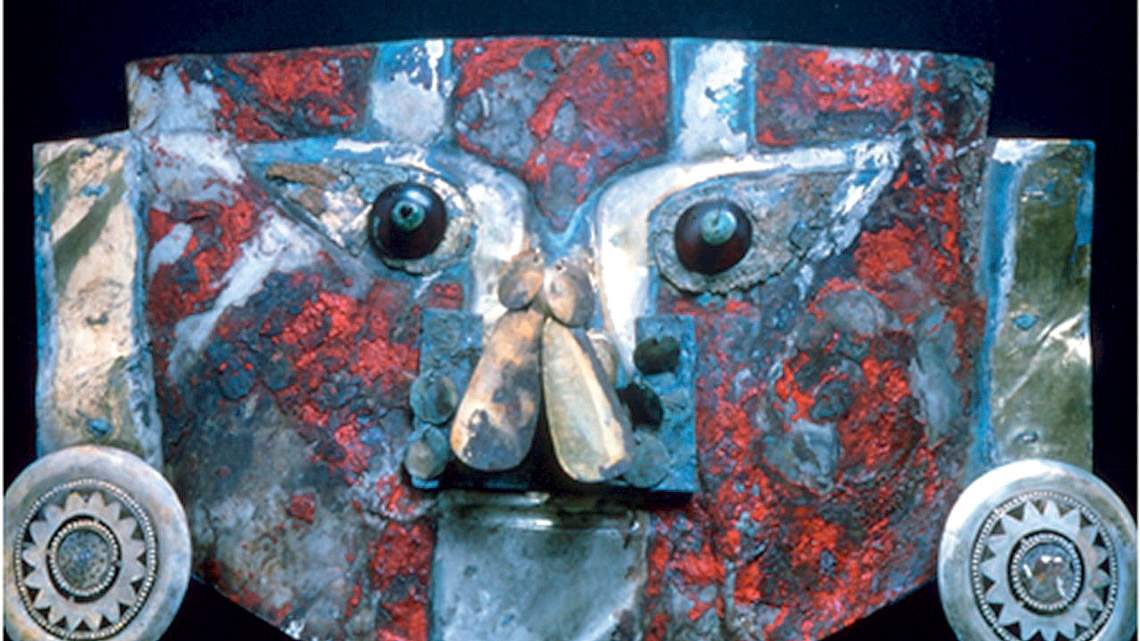 PIRES, E. et al. Journal of Proteome Research. 2021A 1,000-year-old gold mask that belonged to a leader of the Sicán culture was painted with mineral pigment, human blood, and egg white. When it was found in a tomb in northern Peru three decades ago, the dark red pigment in the paint was identified as cinnabar, a mineral that contains mercury. But scientists were unable to determine what enabled the paint to stay on the metal for so long. Researchers from the University of Oxford, England, including Brazilian chemist Luciana Costa Carvalho, recently used new techniques to examine a sample of the paint, concluding that it contains human blood and an egg-white binding agent. The identification of proteins from human blood supports the hypothesis that the way the skeletons were arranged in the tomb—the man was buried upside down alongside two women in birthing poses and two children—reflected a desire for the deceased leader to be reborn, and the blood on the mask and his body represented life force (Journal of Proteome Research, October 2021).