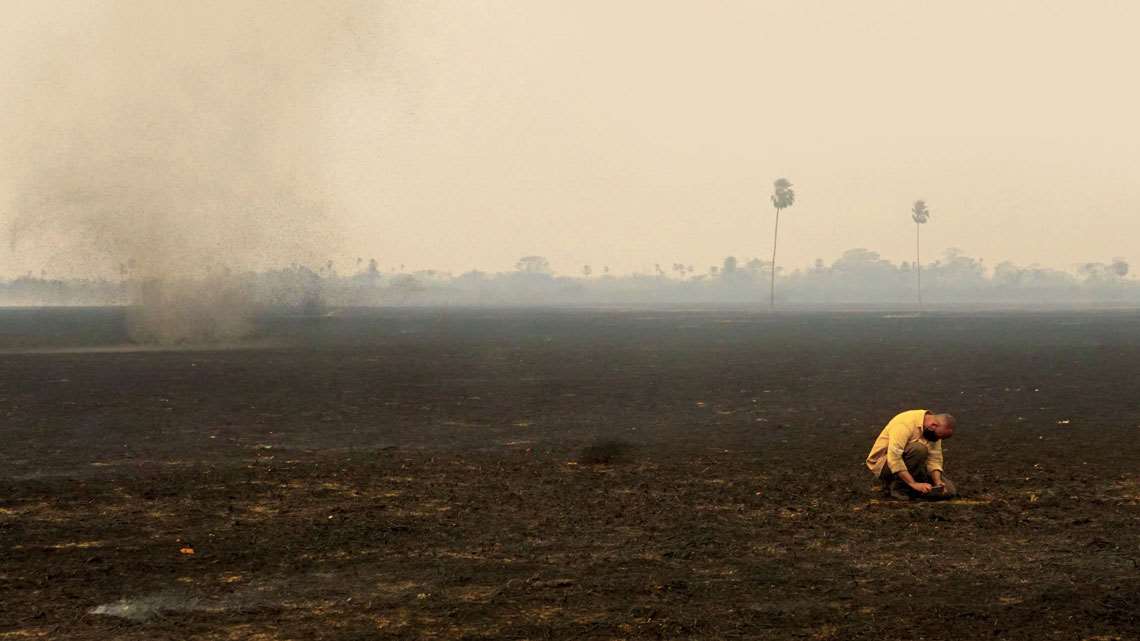 The unprecedented number of wildfires in the Pantanal in 2020 left an extensive trail of destruction, taking the lives of nearly 17 million animals. A group led by veterinarians Walfrido Tomas from EMBRAPA Pantanal and Ronaldo Morato from the Chico Mendes Institute for Biodiversity Conservation (ICMBIO) surveyed 126 burned areas in the north and south of the Pantanal between August 1 and November 17, 2020, identifying the carcasses of 302 amphibians, reptiles, birds, and mammals. By extrapolating the concentration of dead animals to the total burned area (39,000 square kilometers), the researchers arrived at a tragically high figure. The wildfires directly killed about 16 million small animals (weighing less than 2 kilograms) and another 944,000 larger animals in the period. Mortality was highest among small snakes (9.4 million of which died) and small rodents (3.3 million). Approximately 1.5 million birds were killed by the flames or subsequently died of starvation, in addition to 458,000 primates, 237,000 alligators, and 220,000 anteaters (Scientific Reports, December 16). The numbers are considered conservative because they do not include jaguars, cougars, or tapirs—no carcasses of these animals were found, although it is suspected that they also died.