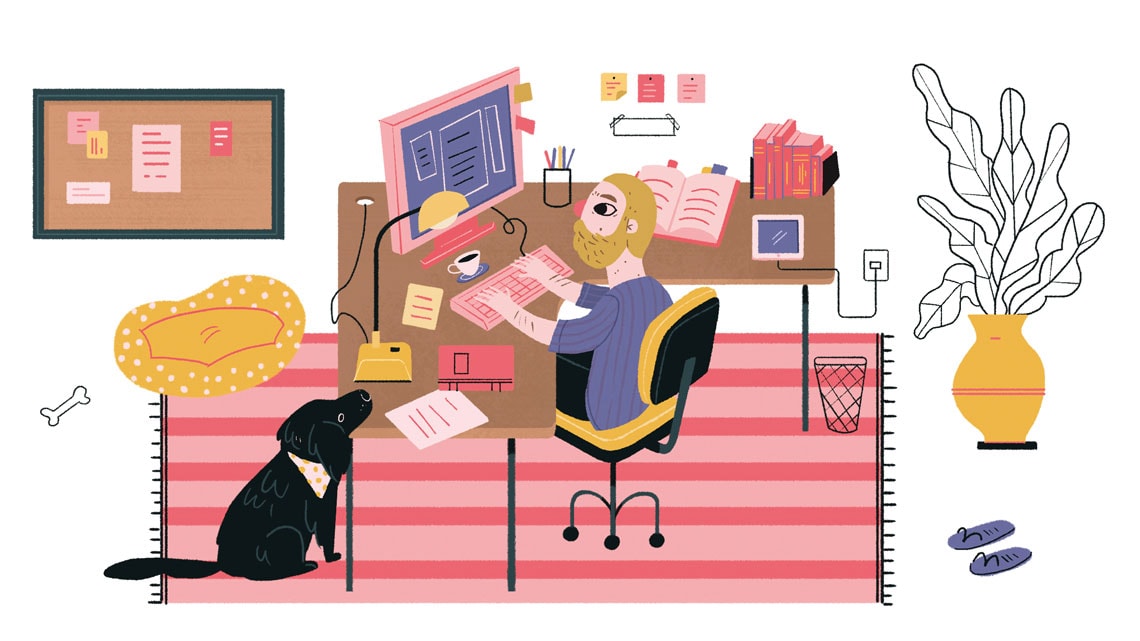 Associated with a period of rest or a long vacation, sabbaticals are commonly used to take time away from ordinary work activities. More and more frequently, however,  students, researchers, and employees of private companies are using them as an opportunity to dedicate themselves to personal projects and self-improvement, including education and professional training.

Inspired by the Shabbat—Judaism’s designated day of rest—sabbatical leave usually varies in length from six months to a year. “Historically, it started with the professionalization of university careers in the United States, more precisely at Harvard,” says Sean Purdy, from the History Department of the School of Philosophy, Languages and Literature, and Human Sciences at the University of São Paulo (FFLCH-USP). It was there that in 1880, philologist Charles Lanman (1850–1941) obtained authorization for one year of paid leave, after six full years of work. “This is one of the first records of an official sabbatical year,” says Purdy.

Since then, such academic breaks have become common all over the world. There are no standardized rules. Each institution has its own precepts and approach. “There are statutes that even provide for the suspension of sabbaticals during periods of economic crisis, for example,” says Purdy.

At university, sabbatical leave allows students to increase their knowledge in a chosen field, which can provide long-term gains. According to a study of roughly 1,000 university students by the Gap Year Association—an organization that surveys, promotes, and advises on sabbaticals in the USA—a sabbatical can have concrete impacts on academic performance, such as higher grades and greater interest in interdisciplinary studies. A sabbatical can also help younger students who have just finished high school decide on a professional career, a decision that is often taken without proper reflection.

In Brazil, sabbatical programs grew in popularity in the 1990s, initially in the private sector, as technology companies began adopting the practice as a way of retaining their best-qualified employees. “Universities gradually followed suit, offering professors the chance to take time off for personal research projects,” says Purdy. But prior to this, public higher education institutions already offered opportunities to take leave. In 1985, the University of Campinas (UNICAMP), for example, created a program that allowed professors to spend six months on research, including abroad, after seven years of working at the university. Many higher education institutions in Brazil adopted an approach known as “reward-leave,” later replaced by training leave, which allows for three months off every five years. “They fall under a different category, shorter in duration, but they have influenced the emergence of year-long sabbaticals here,” Purdy says.

Planning a sabbatical
Sabbatical leave can be used to learn a language, deepen scientific research, or volunteer

1. Define your goals to help you choose the most suitable program
2. Decide how much time to devote to sabbatical activities
3. Calculate all necessary expenses. See if they fit your budget or require external funding
4. Before taking leave, be sure of any implications at your institution
5. Reflect on the experience and how to incorporate it into your work when you return

Official program
In 2015, in a pioneering initiative in Brazil, USP’s Institute for Advanced Studies (IEA) started the Sabbatical Year program. Conceived in 1991 by nuclear physicist and professor Mahir Saleh Hussein, coordinator of the IEA’s Non-Conventional Nuclear Astrophysical Research Group, the program was designed in partnership with the university’s Dean of Research. Available exclusively to USP professors, the program requires seven years of full-time teaching and research. During the sabbatical year, participants are excused from all teaching and administrative activities. To participate, they need to submit a curricular summary and a research proposal to a committee of scientists and the IEA’s deliberative council, which can select up to 12 projects per year. Those chosen receive two R$6,000 grants to fund conferences, seminars, or other scientific events related to the research topic.

“The program offers a more open space for dialogue and production of knowledge that incorporates numerous components,” says Belinda Mandelbaum, from the Department of Social and Workplace Psychology at USP’s Psychology Institute and coordinator of its Laboratory for Studies on Family, Gender, and Sexuality. Mandelbaum was granted a year’s leave under the program in 2019, and saw it as an opportunity to expand her field of research, relating themes in her area with others in the literature. “As a department head, I was very involved in teaching and administrative activities. This was a chance to take a break and dedicate myself to an interdisciplinary research project,” she says. She had the idea of applying while teaching a graduate course with Yudith Rosembaum, from the field of Brazilian literature. Titled “Representations of the family in twentieth-century Brazilian literature,” Mandelbaum’s research investigates the portrayal of family bonds and dynamics in literature by authors such as Guimarães Rosa (1908–1967), Clarice Lispector (1920–1977), Carlos Drummond de Andrade (1902–1987), Mário de Andrade (1893–1945), and Raduan Nassar.

Award-winning effort
It was during a sabbatical in 1988, at Paris-Sud University in France, that physicist Mario Baibich, from the Physics Institute of the Federal University of Rio Grande do Sul (IF-UFRGS), had the opportunity to participate in a scientific research project that almost 20 years later would win a Nobel Prize in Physics, awarded to scientists Albert Fert, from France, and Peter Grünberg (1939–2018), from the Czech Republic. “From the very beginning of the collaboration, I could tell that I was taking part in something great,” recalls Baibich, lead author of the article that led to the prize being awarded in 2007. At the time, he studied magnetoresistance—now known as giant magnetoresistance—in chromium and iron nanostructures, whose discoveries were decisive in expanding the storage capacity of hard drives for devices such as computers, cell phones, and cameras, allowing them to surpass the gigabyte of space to which they were previously limited.

Baibich took part in the award-winning research through a postdoctoral fellowship. “It was my first and only sabbatical experience. After more than three decades, it still has an impact on my research and teaching activities,” he concludes.