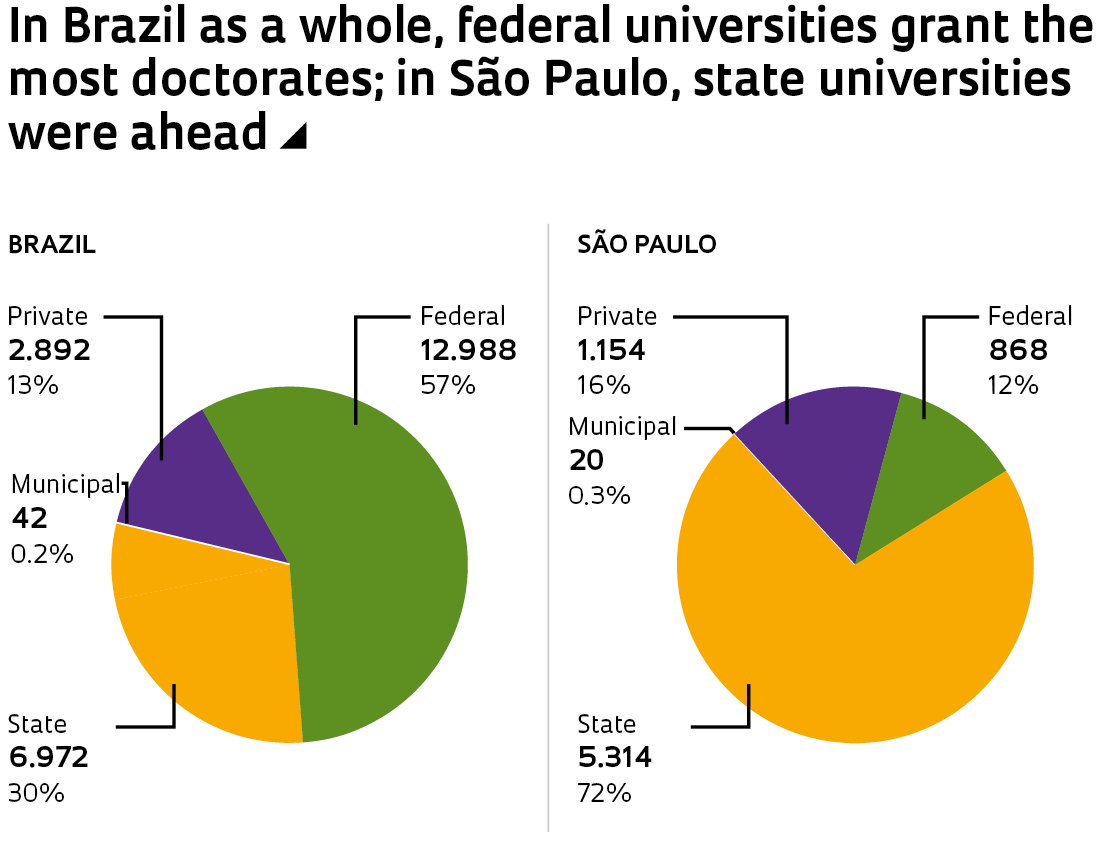 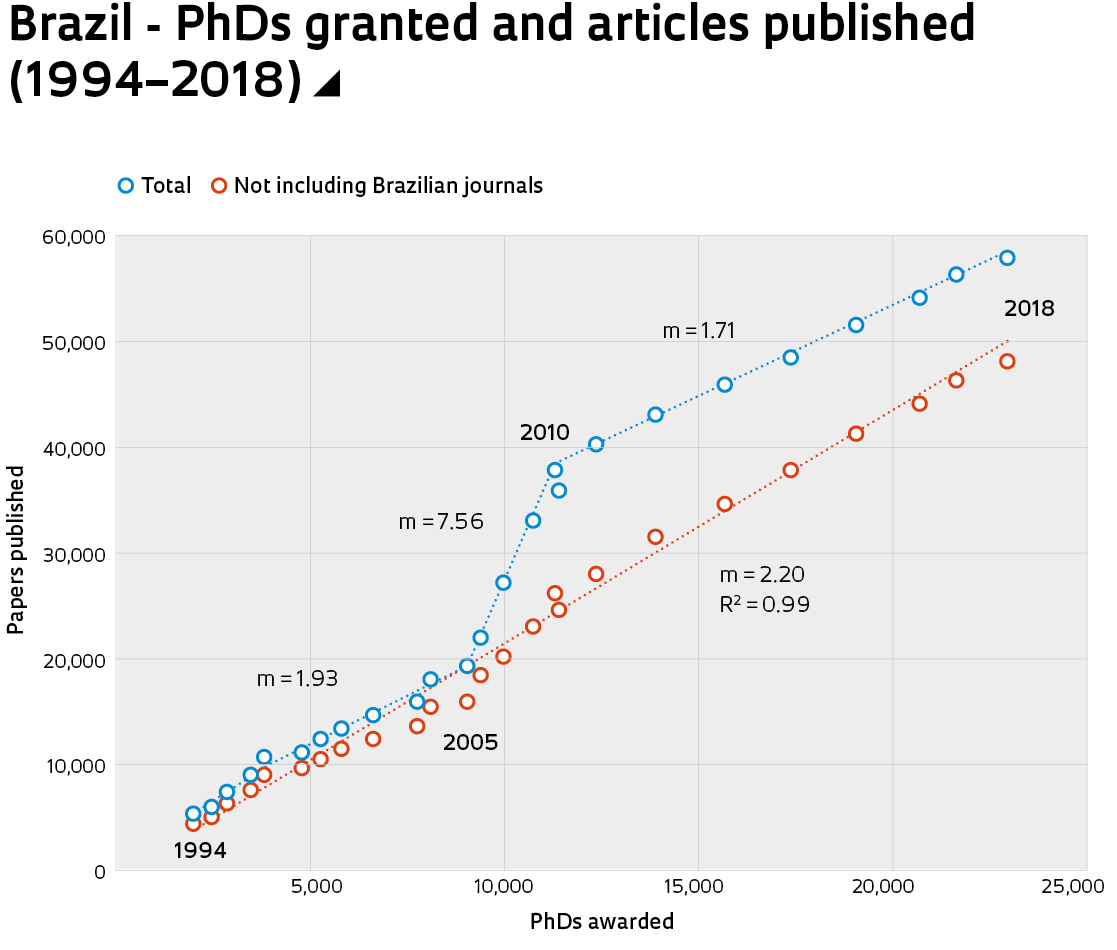 Notes (1) The values of R2 are greater than 0.97 in all periods considered (1994–2005, 2005–2010, 2010–2018). The association is not considered evidence of a causal relationship. In this case, both variables are linked to the expansion of graduate studies in the country. (2) Papers published includes Articles, Proceeding Papers, and Reviews with at least one author based in Brazil and indexed by the Web of Science/Clarivate