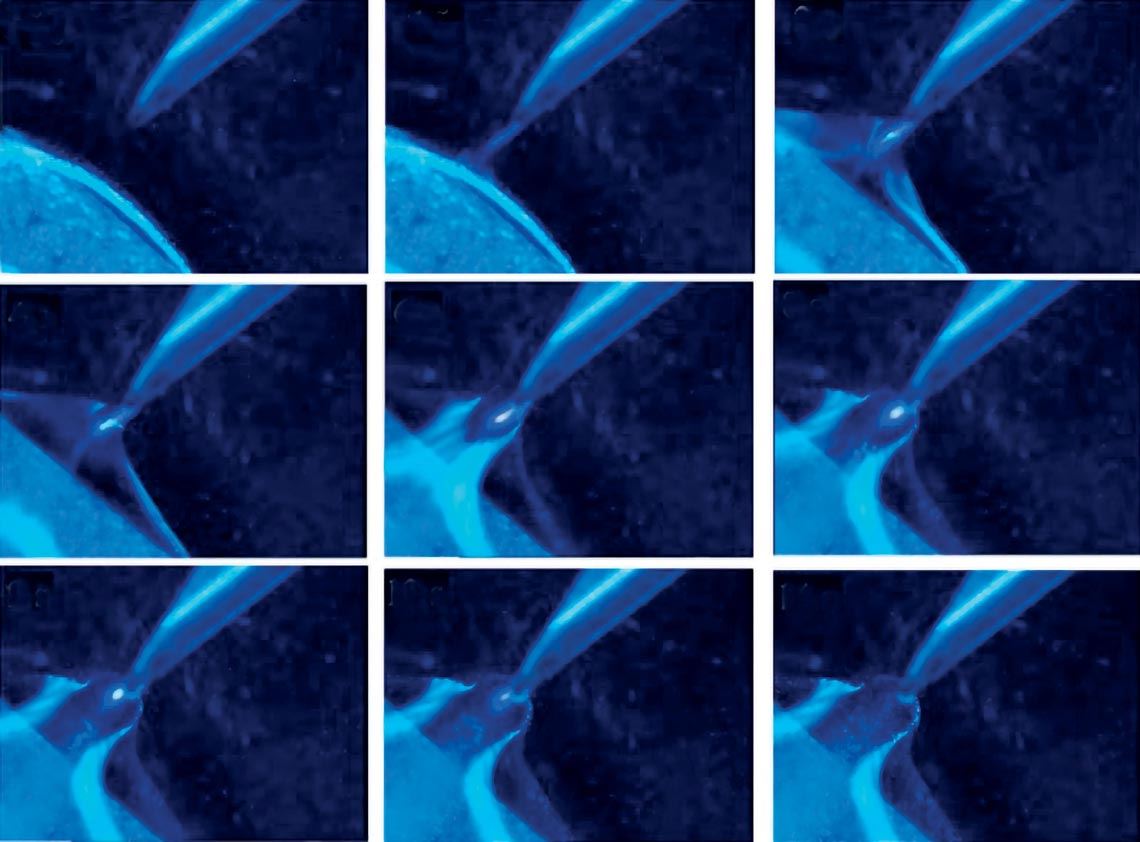 ALMADA, L.F.A. et al. Journal of Physics D. 2021Experiments demonstrated for the first time the possibility of using plasma—an ionized gas produced in a laboratory by electrical discharges—to accelerate the formation and precipitation of salt crystals from seawater (Journal of Physics D, February 4). As part of a team led by physicist Clodomiro Alves Junior of the Federal Rural University of the Semi-Arid Region (UFERSA) in Rio Grande do Norte, engineer Liliane de Almada used cameras and electron microscopes to record the natural evaporation of drops of hypersaline water, then compared it to the evaporation of identical droplets exposed to a plasma, which accelerated the evaporation process and deformed the surface of the droplet (photograph). Instead of the inverted-pyramid-shaped salt crystals created by natural evaporation, the plasma produced smaller cubic crystals, greater in number. “Plasma could enable the selective extraction of salts,” says Alves Junior.