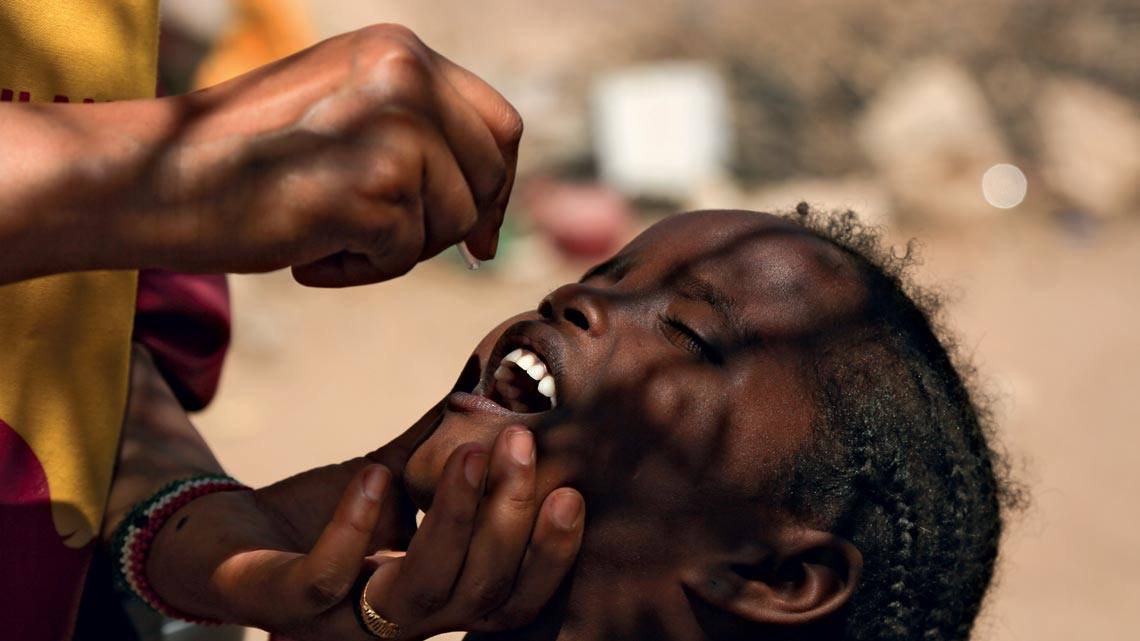 Girl being given polio vaccine in Somalia in 2019

In late March, four African countries announced a mass vaccination campaign against polio, a viral infection that can lead to limb paralysis. Malawi, Zambia, Zimbabwe, and Tanzania aim to immunize 23 million children, according to a March 21 report in the British newspaper The Guardian. The campaign was sparked by confirmation in February of a case of infantile paralysis caused by the wild poliovirus in Malawi. A 3-year-old girl started showing signs of paralysis in November 2021. Analysis of the virus’s genetic material indicated that it belongs to a strain found in Pakistan, one of two nations in the world where the wild virus is endemic—the other being Afghanistan. It is the first case since Africa was certified free of wild polio in 2020, and Malawi’s first case in 30 years. In addition to this outbreak, 12 African countries are experiencing an explosion of polio cases caused by the oral vaccine, which contains an attenuated version of the virus that remains in the feces of the vaccine recipient and can mutate, infecting unvaccinated children or children not fully immunized. There were around 300 cases in 2019 and over 500 in 2020 and 2021 (Science, March 3).