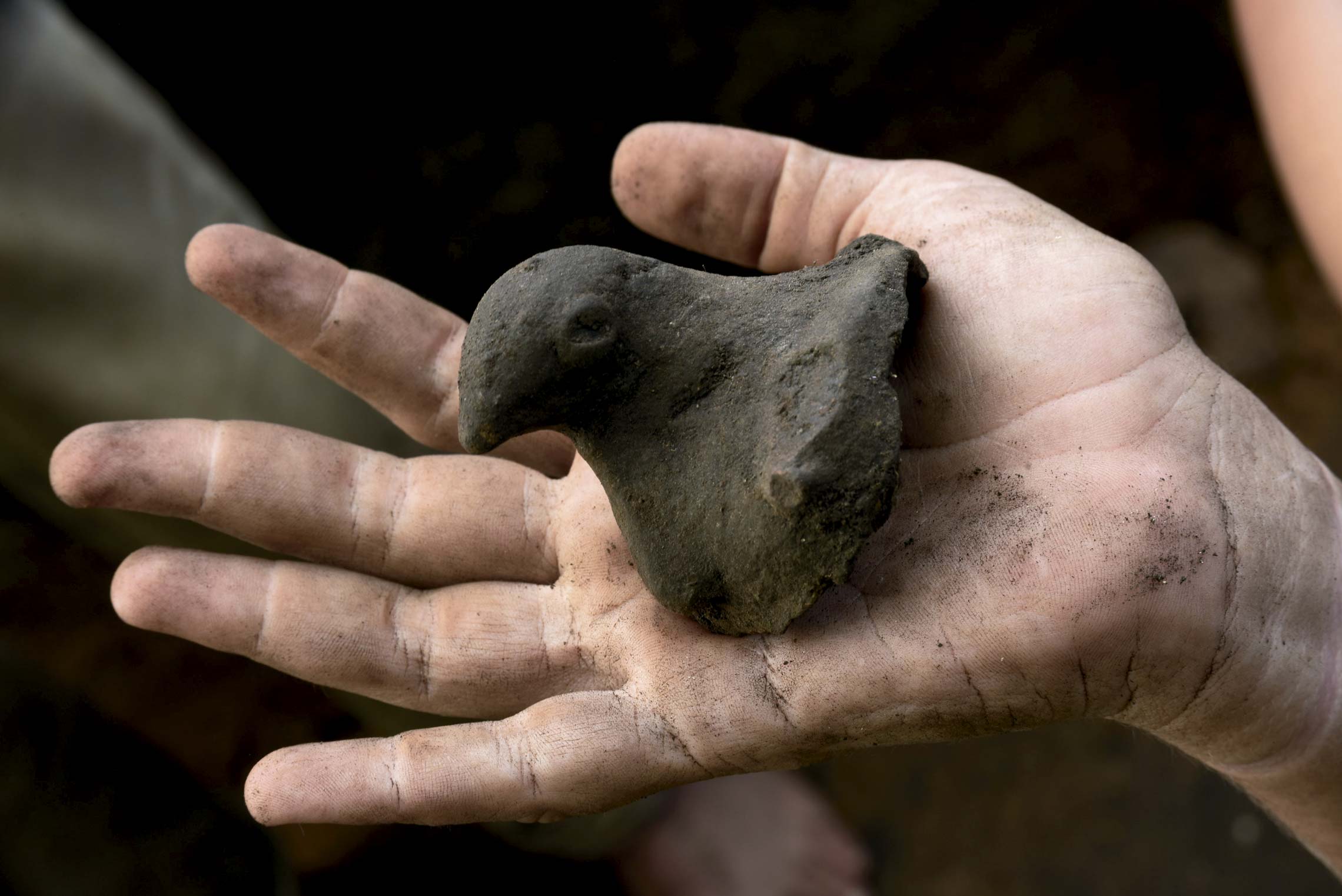 Fragments of ceramic figures, such as the bird in the photo above, are frequently found on mounds built in the Caxiuanã National Forest in Pará State some 860 years ago. According to archaeologist Helena Lima, coordinator of the Origins, Culture, and Environment project (OCA), a number of these archaeological sites indicate that at the time there was a cultural connection between peoples across South America, from the Guianas to the southern Amazon. The abundance of artifacts shows that it was not only the intersections of major rivers that were populated. Caxiuanã is an interfluve region between the Xingu and Tocantins rivers.