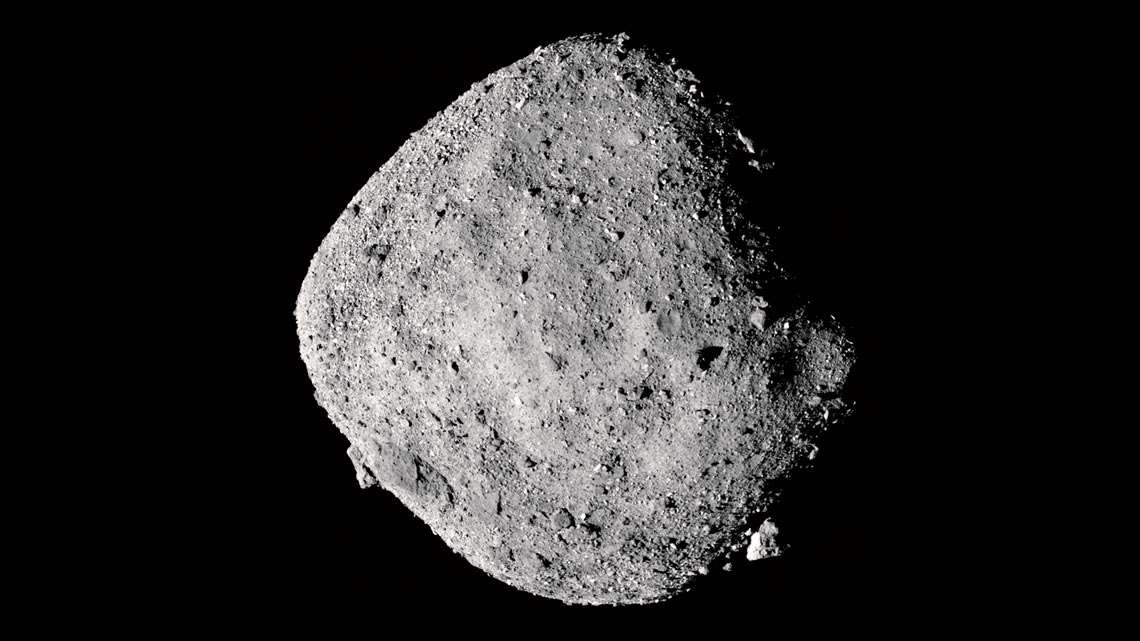 The time and place from which to shoot down an asteroid on a collision course with Earth would have to be chosen very carefully. In certain circumstances, the impact of a rocket could steer the asteroid closer to the planet, instead of pushing it away. A well-planned strike, on the other hand, could deflect its trajectory while using less energy. This was the conclusion reached by physicists from São Paulo State University (UNESP) in Guaratinguetá, who performed simulations of the asteroid 101955 Bennu, which measures 490 meters in diameter, orbits the Sun, and could one day cross paths with the Earth. There is a very low probability (0.0005%) that it will collide with our planet between the years 2178 and 2290. Under the supervision of Antonio de Almeida Prado and Othon Winter, Bruno Chagas evaluated the effects of Bennu being hit with a rocket at different points in its orbit. If the impact were to occur when the asteroid is approaching Earth in orbits prior to a direct collision course, it would possible to amplify the effect and change its trajectory using less energy (Scientific Reports, July 9).