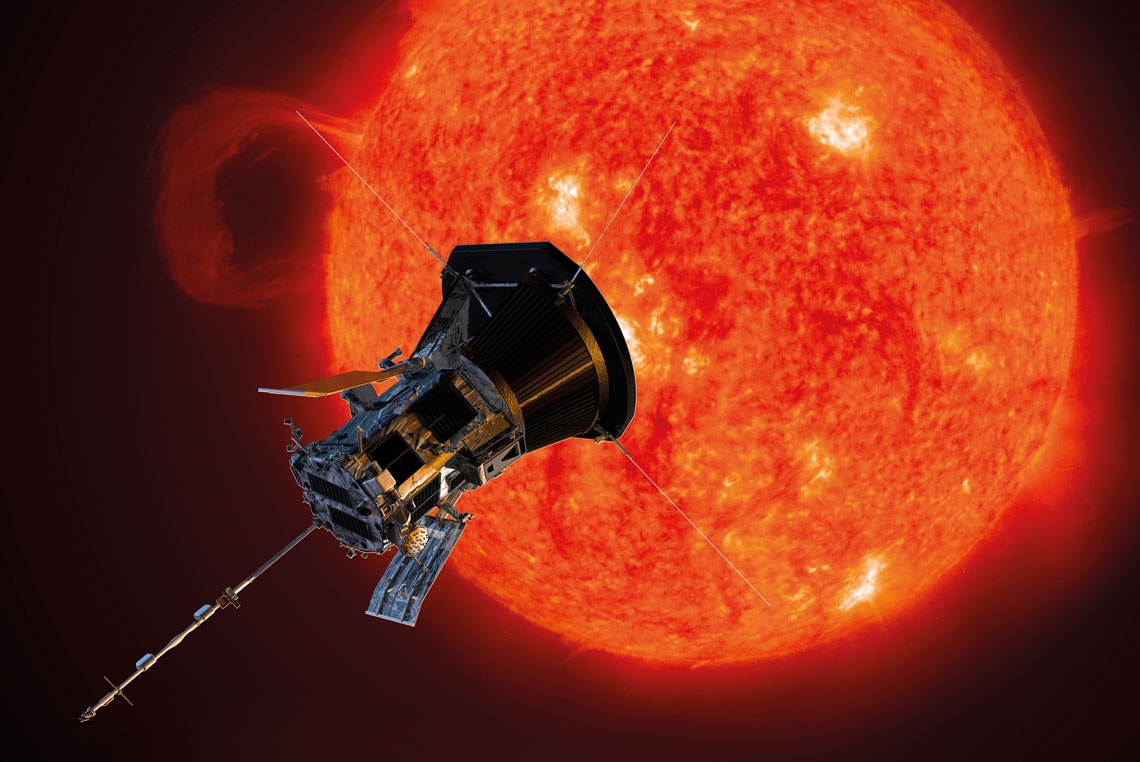 Artistic representation of the Parker Solar Probe, which will study the Sun for almost seven years

Slightly larger than a car, the Parker Solar Probe space probe has been closer to the Sun than any other manmade object, and it is expected to get even closer over the next seven years of its mission. Launched by NASA in August 2018, the robotic spacecraft has already completed three of 24 planned orbits around the Sun. At its closest, the probe passed within 24 million kilometers—less than half the distance that separates the Sun from its nearest planet, Mercury. Some of the data collected during the three approaches have already been analyzed and is helping scientists to understand a number of mysteries, such as why the outermost layer of the Sun’s atmosphere—the crown—is thousands of times hotter than its visible surface, or the origin of solar wind, a flow of particles emanated by the Sun that travels through space far beyond the most distant planets. Researchers have long known that solar wind comes in two forms: fast winds, which travel at 700 kilometers per second (km/s), and slow winds, which travel at 500 km/s. The data from the probe confirm that fast winds are generated by particles escaping through large holes in the solar crown near the poles. The slower winds, whose origins were previously unknown, emanate from smaller holes close to the Sun’s equator (Nature, December 4). The way the winds are produced could help us understand why the crown is hotter than the surface. The Parker Solar Probe suggests that the wind particles are ejected in the form of jets rather than a continuous flow, as was previously thought. These intermittent explosive releases allow energy to accumulate in the crown. “This first data from Parker reveals our star, the Sun, in new and surprising ways,” Thomas Zurbuchen, associate administrator for science at NASA in Washington, told the space agency’s news service.