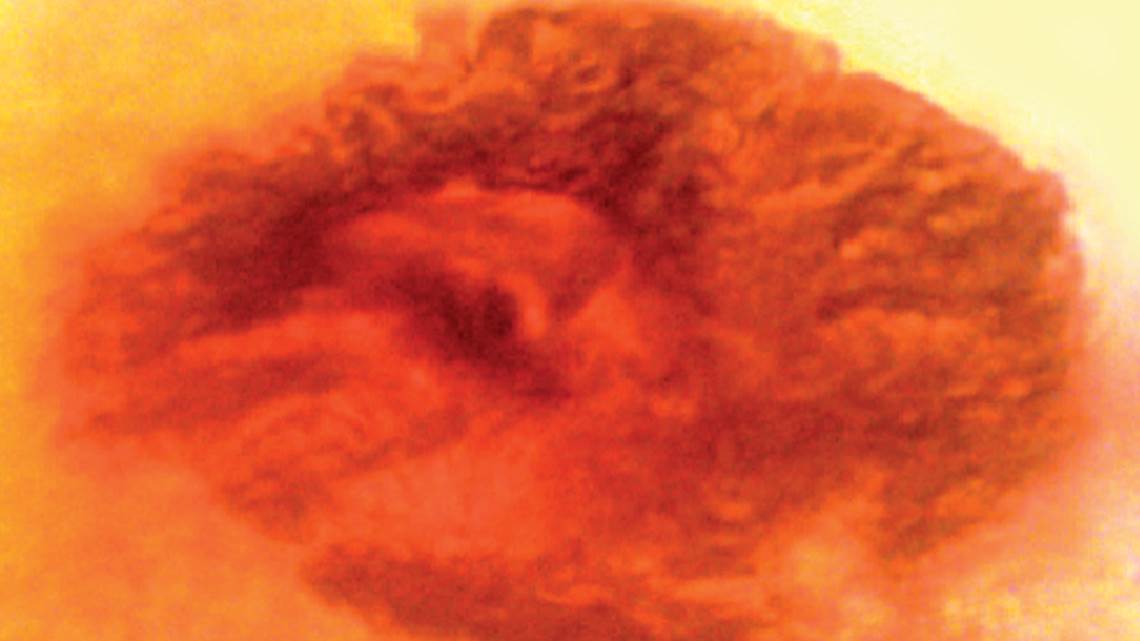 Researchers at the Federal University of Rio de Janeiro (UFRJ) have described a new extinct species of protozoan: Palaeohypothrix bahiensis (Scientific Reports, September 27). This is the first species to be discovered in a microscopic fossil preserved in amber in Brazil, where this material is rare. Formed of solidified plant resin, it has long been known that amber can trap and preserve small organisms. Zoologist Thiago da Silva Paiva and geologist Ismar de Souza Carvalho, both from UFRJ, identified traces of microscopic structures of the unicellular organism (below) in amber collected from a rock formation near the city of Salvador, Bahia. They concluded that it is probably an extinct species of ciliate, a protozoan that would have inhabited rivers and freshwater lakes in the region between 145 million and 125 million years ago.