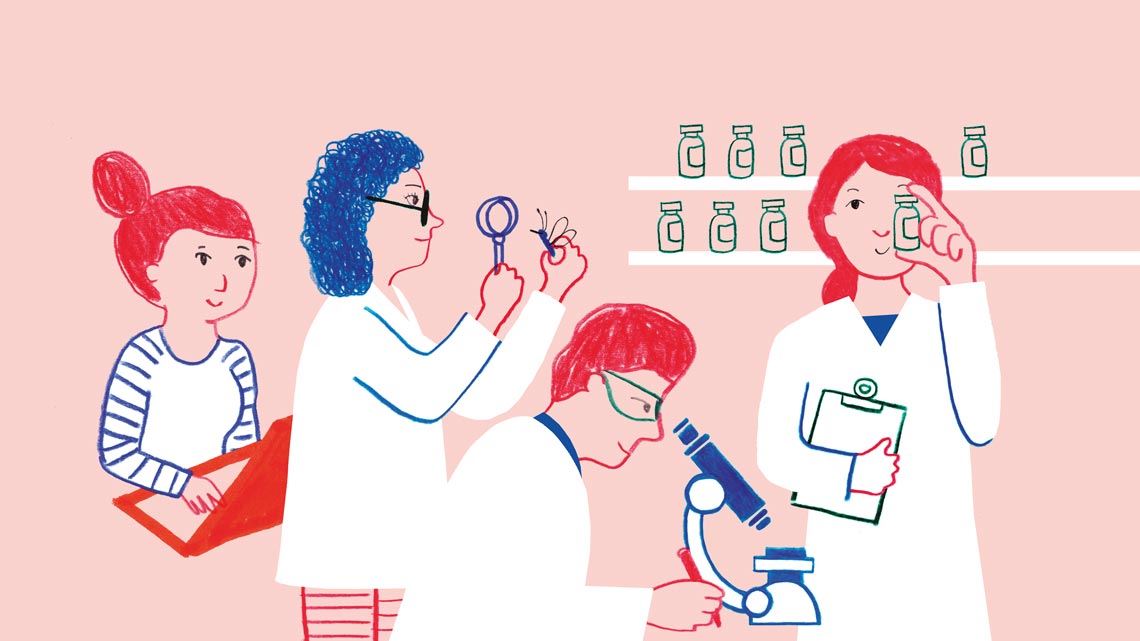 Trained to deal with political and social issues related to health that involve the community, public health experts have the essential knowledge needed to promote, protect, and treat the population’s health. Professionals with public health degrees tend to have an interdisciplinary profile, with knowledge of the biological, human, and environmental sciences, as well as epidemiology.

With the COVID-19 pandemic and the major effort to develop vaccines over the last year, public health has consisted of the authorities establishing measures and interventions that aim to protect the physical, mental, and social well-being of the public. “Their broad and humanist training helps public health experts understand health not only as the absence of disease, but as a public and universal right,” explains Marília Louvison, head of the steering committee for the bachelor’s degree in Public Health at the School of Public Health (FSP) of the University of São Paulo (USP).

Created in 2012, the course takes four years to complete. It includes mandatory internships in the final year, which can be done with state or municipal health services or non-governmental organizations (NGOs). “Many people have the mistaken idea that public health professionals must have specialist graduate qualifications, but nowadays they can study at USP as undergraduates. The course is broader and covers epidemiology and the organization and management of health systems, which can be fundamental during a pandemic like the one we are currently experiencing,” says Louvison.

As well as graduate programs, the Institute of Collective Health Studies (IESC) of the Federal University of Rio de Janeiro (UFRJ) has offered a bachelor’s degree in the field for more than a decade. “The undergraduate degree is designed to educate professionals who will be involved with all the areas of public health,” explains the course coordinator, Amanda de Moura Souza. “The graduate course, on the other hand, allows professionals from various fields to specialize in public health issues using their past experiences.”

The curriculum includes subjects that cover integrated public health activities and encourage visits to institutions, health services, and NGOs in the area from the very start, with an internship at the end of the course. “The objective is for students to learn about the hierarchies and structures of services and to better understand the health of the population,” says Souza.

Despite now being recognized for the multidisciplinary nature, until the first undergraduate degrees in public health were established in 2009, specialist graduate courses were the only route for entering the profession in Brazil. “As well as medical professionals, graduate studies in public health grown in popularity over the years among educators, lawyers, economists, geographers, and even computer scientists,” explains Carmem Leitão, coordinator of the Public Health Graduate Program at the Federal University of Ceará (UFC).

Defined as the study of how diseases spread, whether infectious and parasitic or chronic and noncommunicable, epidemiology involves examining the social and environmental determinants that produce these diseases. “Epidemiological surveillance, the practice of seeking to identify how infectious diseases are transmitted and to propose control and prevention measures, has been highlighted by the emergence of diseases such as Zika, Chikungunya, and more recently, COVID-19,” points out Gerusa Maria Figueiredo, a professor at USP’s School of Medicine and Institute of Tropical Medicine. In addition to knowledge of endemic diseases in the tropics, public health workers need to understand the structural conditions that lead to their emergence and how they relate to the economic and social problems that are characteristic of vulnerable populations.

There is a field in Brazil known as collective health, which despite being similar to public health, is not exactly the same, as many people think. The term collective health came into use with a movement for health reform that emerged in the country in the 1970s. From that point onward, the social and economic conditions behind the differences in health care access began to be considered relevant to public health.

“The term collective health emerged in Brazil with the intention of expanding the scope of the field of public health, which is now seen not only as a means for prevention, but also as a way of considering different social elements in policy making,” explains Souza. The new concept was firmly established with the 8th National Health Conference held in Brasilia in 1986, where proposals resulted in decentralization and the universal right to health, made official in the Federal Constitution of 1988 and the creation of the Brazilian Public Health Care System (SUS).

Health as a fundamental right for each and every human being is also linked to the need for health care equality. “Treating people from very different situations in the same way is a way of reinforcing inequality,” says Edna Maria de Araújo, from the professional master’s program in the health of black and indigenous populations at the Federal University of Recôncavo da Bahia (UFRB) and the graduate course in public health at the State University of Feira de Santana (UEFS).

Noting that for a long time, black and indigenous populations were deprived of the full benefits of citizenship, Araújo highlights the importance of formulating public policies that expand the access to the health system for these groups. The issue is addressed in Brazil’s National Health Policy for the Black Population (PNSIPN), instituted in 2009 by the Ministry of Health. Similarly, the National Health Care Policy for Indigenous Peoples of 1999 recognizes the specific ethnic and cultural factors involved in providing access to comprehensive health care for indigenous peoples.

School network
With the aim of creating a space for ongoing dialogue, the Brazilian Network of Public Health Schools (RedEscola) comprises 55 educational institutions, including municipal and state schools, universities, and research centers. “The idea is to share experiences and reflect on important topics such as the recognition of diversity and the promotion of democratic management as fundamental values in the training of public health workers,” says Rosa Maria Pinheiro Souza, head of the network’s technical and executive department, based at the Sergio Arouca National School of Public Health (ENSP) in Rio de Janeiro.

Having graduated in the first class of the FSP’s public health degree at USP, Víctor Chiavegato first became interested in the field after taking a course in public health and environmental control while he was still in high school. “I chose to study public health at university because I wanted to use the knowledge that I had gained from this technical course,” he says.

After an internship in the area of epidemiological data monitoring and planning at the Health Department of Jundiaí, a town in the state of São Paulo, he was hired as a planning coordinator. Today he is responsible for overseeing two field hospitals created to care for COVID-19 patients in Santo André. The administration of the 400 beds in the two hospitals requires constant dialogue with doctors, nurses, psychologists, and social workers, says Chiavegato. “Public health training is crucial for those supervising and directing the work of all these professionals.”