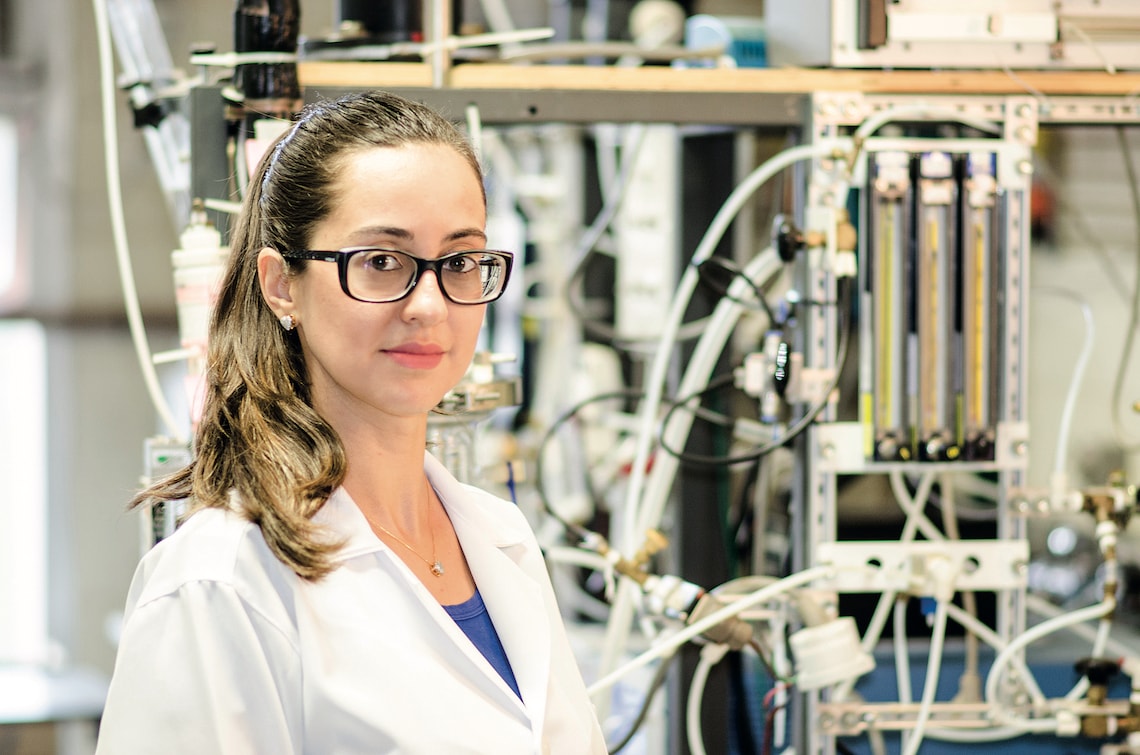 Doubek: From an affinity with the exact sciences to developing a new air purifier

After just a few days at the School of Chemical Engineering of the University of Campinas (FEQ-UNICAMP), Úrsula Luana Rochetto Doubek was already certain that she wanted a job related to the environment. “My father was a great influence of mine, and since I was a child, I had an affinity with the exact sciences. My undergraduate degree allowed me to combine these two interests,” says the engineer, who went on to complete a master’s degree and PhD at the same institution. She then founded CleAir Technology within the UNICAMP Technology Startup Incubator (INCAMP), focusing on research into and production of air purifiers.

Rochetto Doubek always planned to study at a public university. “I was accepted by UNICAMP and knew there would be good research opportunities there,” she says. During her undergraduate studies, she took an internship and was later hired by a multinational in the field. She worked there for two years before deciding to return to university to study a graduate course. She met Professor Edson Tomaz, also from the School of Chemical Engineering, soon after, and he later became her advisor. “He was studying air pollutants and told me how promising a field of research it was,” she recalls.

Tomaz had plans to develop an air pollution treatment device, and Rochetto Doubek decided to study volatile organic compounds (VOCs) during her master’s degree. These compounds, under normal temperature and pressure conditions, are present in the atmosphere as gases emitted by both natural (biogenic) and man-made (anthropogenic) sources. “These very toxic compounds are often produced in industry, especially in the petrochemical chain,” she explains. Fuel refineries and storage depots are major sources of pollution, emitting VOCs directly into the atmosphere.

The air purifier developed by Rochetto Doubek uses a catalyst to chemically treat waste from sources of pollution. “Heterogeneous photocatalysis has been used to treat liquid pollutants for many decades, but research into the use of this technology with gases is more recent,” she explains. Initially developed as a master’s project, she improved the prototype during her PhD and then patented it. “With help from PIPE [Technological Innovation in Small Businesses Program] in 2018, we were able to prove the concept and test the viability of a pilot,” she says.

In 2015, Rochetto Doubek’s research was presented at the annual conference of the Air & Waste Management Association (AWMA) in the USA, an event attended by international representatives of the petrochemical production chain. “Foreign businesses were very interested in the solution, because environmental laws in the USA and Europe are stricter than they are here,” she says. “The positive reception gave me belief that I was headed in the right direction.”

Now 34, Rochetto Doubek is working on a more compact version of the prototype for both residential and commercial use. The idea is to use the same air decontamination technology to inactivate bacteria and other organisms. She hopes the product will be on the market by next year.