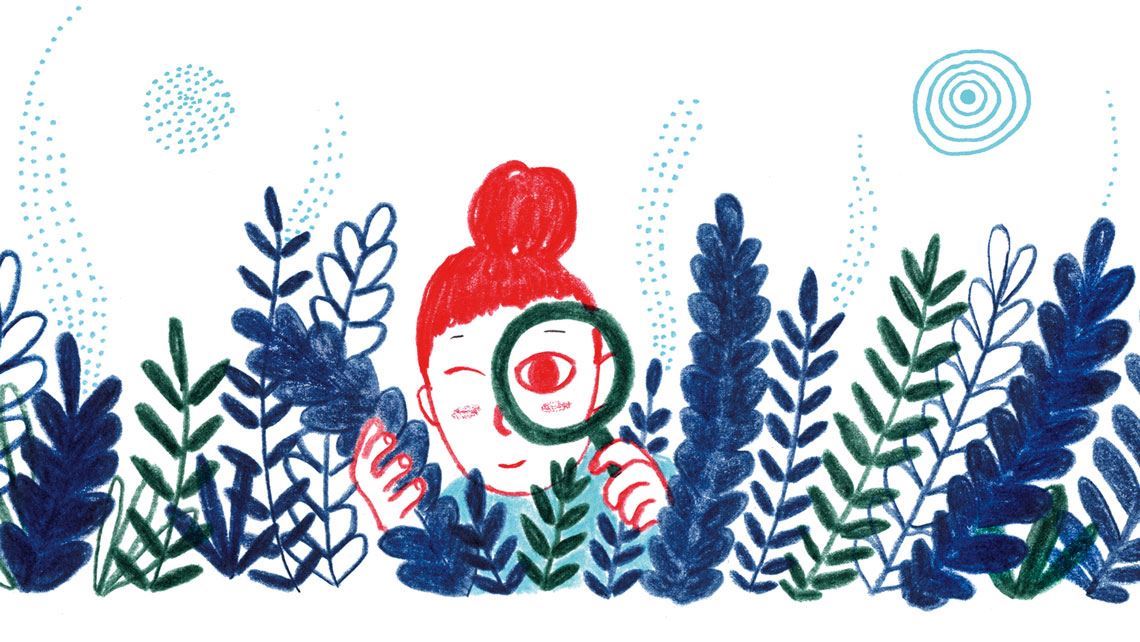 Based on the use of quantum theory to investigate the phenomena of living organisms, a new interdisciplinary field has arisen. Quantum biology relies heavily on collaborations between biologists, chemists, and physicists, and its scientific literature revolves primarily around the central elements of quantum mechanics and theoretical chemistry.

“Efforts to understand and control the structural aspects of biological systems have drawn researchers’ attention to the study of quantum phenomena—events that cannot be explained by classical physics in the macroscopic world,” explains Fernando Semião, from the Laboratory for Science and Technology in Quantum Information at the Federal University of ABC (UFABC), where studies are carried out not only in quantum biology, but also in quantum information, quantum thermodynamics, and experimental quantum optics research. In Brazil, however, graduate students looking to work in the field have no institutional path to follow, with research in the area generally requiring a more autonomous approach. “Even though it is a promising field of research, there are still few institutions studying quantum biology,” says Semião.

The field was first mentioned in the middle of the twentieth century. In the book What Is Life? The Physical Aspect of the Living Cell by Austrian physicist Erwin Schrödinger (1887–1961), originally published in 1944, the author presents many important concepts related to quantum biology as a field of study, based primarily on the complexity of living matter. “At the time, however, scientists weren’t prepared to face this challenge,” says Carlos Alberto dos Santos, from the Institute of Physics (IF) at the Federal University of Alagoas (UFAL). As the potential for studying the thermodynamics of biological systems became more apparent, physicists and biologists gradually began working on the topic.

In the Web of Science database, the first paper that includes the term quantum biology is from 1956. But scientific output on the subject remained low until the beginning of this century. The turning point came in 2007, when Nature published the article “Evidence for wavelike energy transfer through quantum coherence in photosynthetic systems,” written by a group of researchers led by British chemist Graham Fleming, from the University of California, Berkeley, USA, who obtained evidence that macromolecules involved in photosynthesis undergo electronic oscillation that can only be described by quantum physics. From then on, the number of scientific articles in the field skyrocketed. “It is certain that the field began to establish itself after that paper,” adds Santos.

After the studies by Fleming’s group were published, photosynthesis became the first biological phenomenon to be considered a legitimate result of quantum mechanics. The phenomenon is described as a biological process through which certain bacteria, algae, and plants absorb energy from photons, which is then transported by various proteins and transformed into chemical energy. “This energy is transported by an effect called quantum coherence,” explains Guilherme Menegon Arantes, from the Institute of Chemistry (IQ) at the University of São Paulo (USP), which uses computer simulations to investigate quantum phenomena involving biomolecules. Researchers had long been puzzled by how efficiently photosynthesis is able to convert solar energy into chemical energy. Previously, quantum effects were characterized as ultra-fast phenomena that occurred only in controlled environments and at very low temperatures.

How to get involved

Interface and collaboration
Quantum biology has grown in importance in the field of biomedicine. “Greater knowledge of quantum phenomena could impact and influence our understanding of the mechanisms behind diseases,” says Francisco Laurindo, from the Heart Institute (InCor) at USP’s School of Medicine, which is looking into the theoretical possibility of integrating knowledge of quantum biology and redox biology, an established field dedicated to the study of biological processes that involve electron exchange reactions in the biomolecules of living beings. “Our investigations in redox biomedicine have focused on how vascular cells respond to different types of lesions and how redox, which is the transfer of electrons, can modulate these processes,” explains Laurindo.

Among the hypotheses introduced by the precepts of quantum biology is that alterations to spin—an intrinsic property of microscopic particles such as electrons, protons and atoms—can be related to redox processes. Laurindo highlights two hypotheses raised by this approach. The first is related to common cellular processes that generate small magnetic fields within the cell and can affect its reaction to certain stimuli. In this case, the quantum phenomenon would mediate cellular responses. The second is that external magnetic fields like those generated by telephone, cell phone, and television antennae may interfere with adaptive intracellular responses.

Research path
When she decided to begin studying quantum biology at the Institute of Physics (IF) at the Federal University of Rio Grande do Sul (UFRGS), researcher Nicole De March had to convince her supervisors about the importance of her research. “Although my background is in physics, I had to understand concepts of biology for my master’s and PhD research,” she explains. In the future, discoveries made based on advances in quantum biology could strengthen its association with the fields of physics and chemistry, helping to establish disciplines that more specifically address the topic. “The study of quantum phenomena that emerge as a link between these fields of knowledge could transform undergraduate curricula,” observes Sandra Denise Prado, from the Institute of Physics at UFRGS.

Several institutions in Europe and the US already offer disciplines that encourage further study in this field. At the University of Surrey in England, for example, researchers at the Leverhulme Quantum Biology Doctoral Training Center (QB-DTC) investigate areas such as magnetoreception, quantum biophotonics, quantum tunneling in DNA, quantum effects in photosynthesis, and decoherence and noise in biological systems. At the Center of Quantum BioScience at the University of Ulm’s Institute for Theoretical Physics in Germany, quantum biology studies on photosynthesis and electron transport are intertwined with research on quantum technologies and quantum information science, such as quantum statistical mechanics and quantum signal processing.

Quantum Effects in Biological Systems Workshops (QuEBS), an annual conference that began in 2009, unites scientists interested in quantum mechanics in biological systems from fields such as physics, chemistry, biology, materials science, and quantum information science. Originally planned to take place in Greece in September, this year’s event had to be rescheduled due to the COVID-19 pandemic. The conference is usually attended by roughly one hundred researchers, showing that despite its modest reach, quantum biology has established itself as an important emerging field.