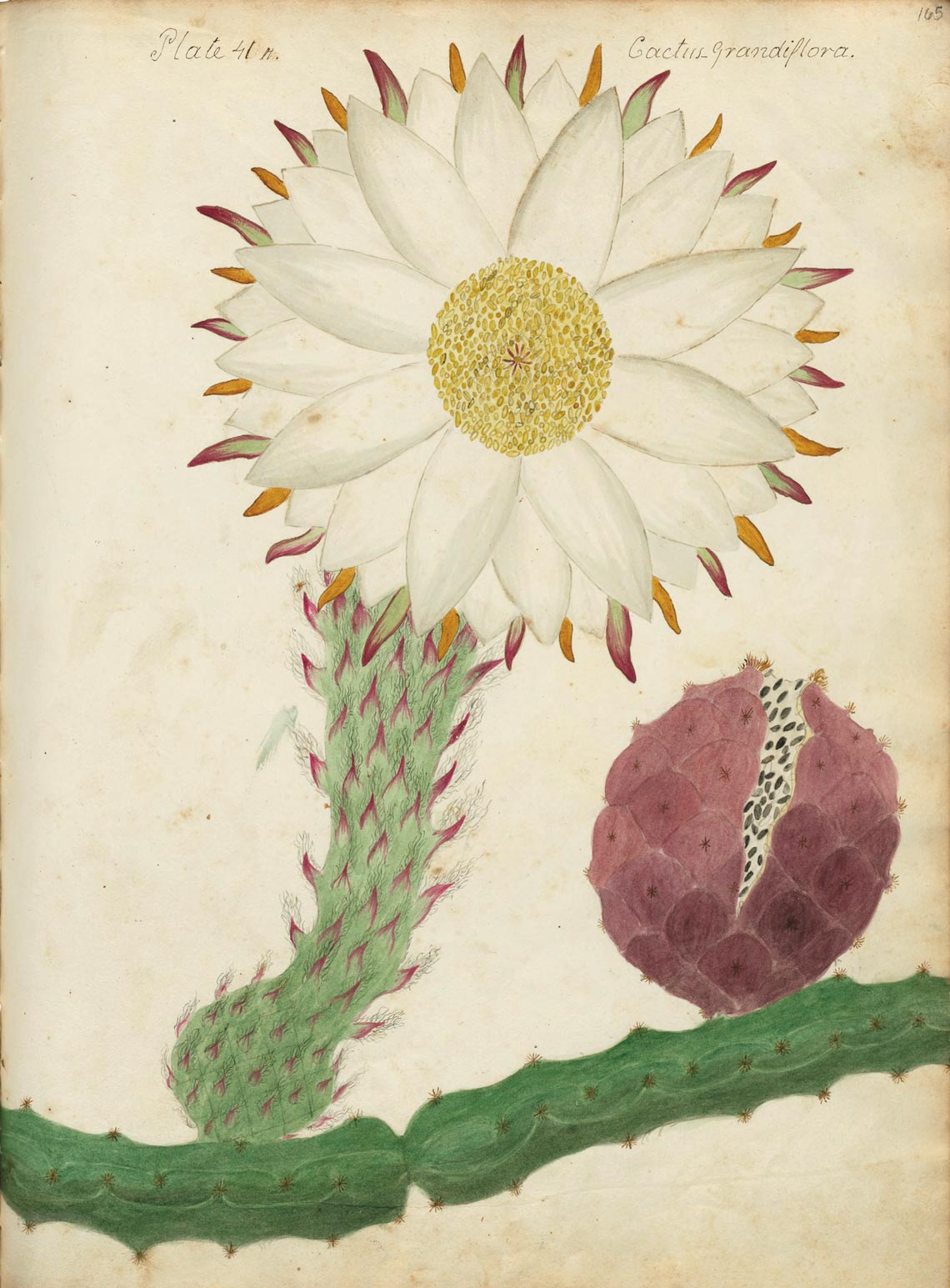 Nancy Anne Kingsbury Wollstonecraft. Specimens of the Plants and Fruits of the Island of Cuba / Rare Collections and Manuscripts / Cornell University

Reproduction of a watercolor illustration of Cactus grandiflora, by Nancy Anne WollstonecraftNancy Anne Kingsbury Wollstonecraft. Specimens of the Plants and Fruits of the Island of Cuba / Rare Collections and Manuscripts / Cornell University

The library at Cornell University, USA, has published a scanned copy of a nineteenth-century manuscript on Cuban flora by American botanist Nancy Anne Kingsbury Wollstonecraft (1791–1828) on its website. The document was never printed and was believed lost (Cornell Chronicle, January 30; Atlas Obscura, February 5). In March 2018, Cuban historian Emilio Cueto, who lives in the US, found a single copy of the manuscript, titled Specimens of the Plants and Fruits of the Island of Cuba, in the rare documents collection of the Cornell University library. It was composed of three volumes, with 220 pages of text, 121 watercolor illustrations, and detailed analyses of the plant structures. The document was donated in 1923 by Benjamin Kingsbury, a university professor and a descendant of Wollstonecraft’s. Cueto presented the manuscript in a lecture at the university in November 2018, calling it the most important corpus of plant illustrations in Cuba’s colonial history—the island was under Spanish rule at the time. The American botanist moved to the Cuban province of Matanzas in 1817 after the death of her husband, Charles, and began studying the island’s fruit trees, such as the cashew, mango, and various citrus trees, as well as other trees, shrubs, palm trees, orchids, and bromeliads. She compiled her observations in a manuscript, sent it for publication in New York, and died a few months later, without ever seeing the printed work. Wollstonecraft was not entirely unknown because two years earlier, she published a description of Cuban cave stalactites and the “fine, full, deep, green foliage” that covered the island in Boston Monthly Magazine. She was the aunt of Mary Shelley (1797–1851), born Mary Wollstonecraft Godwin, author of Frankenstein, published in 1818.