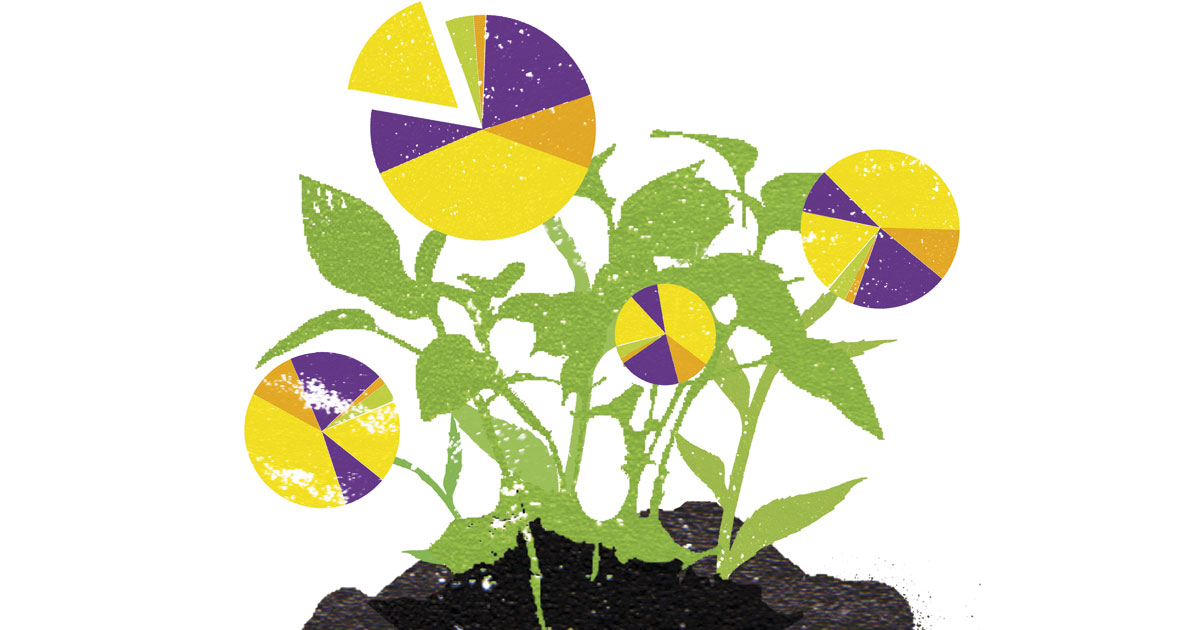 Granting tax incentives in the form of tax reductions to companies that invest in research and development (R&D) has become more widespread in the last decade. For example, in France and Japan, this type of support represents more than 70% of the set of tools used by governments to finance promotion of innovation in the private sector. In the early 2000s, that proportion was 20% according to data from the Organization for Economic Co-operation and Development (OECD), whose members include some of the world’s most industrialized countries. Publicized in countries like Brazil and South Africa, the model recently became the subject of studies by the OECD and the International Monetary Fund (IMF). Although often viewed as more orthodox, both organizations recognized the role of the State in funding research at universities and in companies. “To a large extent, future economic growth is expected to be the result of productivity improvement. That puts discussion about government innovation support policies at the center of the political debate,” economist Ruud de Mooij, division chief of the IMF’s Tax Policy Division, told Pesquisa FAPESP. In March, he published an article in the magazine Finance & Development in which he discusses the impact and effectiveness of tax policies and makes recommendations to officials and decision-makers based on the Fiscal Monitor report released by the IMF in 2016.

Mooij emphasizes that many companies spend little on R&D because they know the investments made will benefit other firms as well as their own. “Creation of knowledge overflows and benefits other firms in addition to the one responsible for the investment,” he observes.

The IMF suggests that incentives be directed towards technology-based startup companies. This is unlike what happens in many countries, where advantages are given to well-established small businesses. “The idea is that a lower tax rate would encourage innovation activities in those small companies, but that does not always happen in practice,” the economist observes. “A small company may not consider it very attractive to become a big one when it realizes that it might lose the tax incentives by doing so.” According to Mooij, there are surveys showing that many small companies stop growing once they reach the highest level of income that allows them to retain tax incentives. This situation occurs less frequently in the case of startups. Mooij argues that by concentrating assistance on nascent companies, it is easier to ensure that the tax incentives are temporary. Countries like Chile and France, he says, have adopted tax policies in line with that way of thinking.

In the report Fiscal incentives for R&D in a diverse world (published in 2016), the OECD also confirms the necessity of offering tax incentives to startups that need capital in order to invest in new technologies. The organization warns, however, that tax incentives should be understood as part of an arsenal of options for fostering R&D in the private sector and that it is up to the decision makers to evaluate the solution in terms of suitability to local realities. For example, in the United States, a great deal of support to companies comes in the form of government procurement. In Europe, tax incentives are used more widely—even in Germany, although to a lesser extent.

Katie Edwards / Getty imagesAnother recommendation by the IMF is that emerging economies stop offering tax benefits to multinationals in order to encourage them to establish operations in their countries. Instead, it suggests that governments invest in education, infrastructure, and research institutions to enhance their ability to absorb new knowledge and encourage the transfer of technologies developed by the more advanced economies. According to the Fund’s report, many countries are sacrificing their tax base by awarding incentives to attract foreign capital. “In fact, tax incentives have relatively little effect on the choice of a site in which to invest,” comments Rafael Cagnin, an economist from the Industrial Development Study Institute (IEDI). He points out that the size of a country’s market, the degree of its integration in the international economy and the quality of its infrastructure and business environment have more influence on investment decisions than potential tax benefits. The IMF’s Mooij mentions the example of China, which began eliminating various tax incentives for foreign investment in 2008 while still continuing to attract funds. “For tax purposes, China gives equal treatment to domestic and foreign companies that establish there, without discrimination,” Mooij says.

Tax incentive act (Lei do Bem)
In Brazil, tax incentives for R&D and technological innovation are called for in instruments like the 2005 Lei do Bem, the revision of which is being discussed in the National Congress. “One of the problems with that law is that it has not been able to promote incentives for small companies, favoring instead the more established firms,” says attorney Aristóteles Moreira Filho, a researcher at the Center for the Study of Society and Technology of the University of São Paulo (Poli-USP). The justification, according to Moreira, is that the law permits an additional deduction from 60% to 100% of R&D expenditures, but only for companies that calculate income tax on their actual profit. “Small companies and new technology-based companies end up disadvantaged by that logic either because they have not opted for taxation on actual profit or because they lack a portfolio of products and services, so it takes a long time to turn their innovative ideas into profit.” Another problem is that the incentives granted by the Lei do Bem can be suspended if a company experiences financial problems. “Even if a company continues its R&D activities in a year when it records a loss, the tax deduction will be suspended,” explains Luiz Eugênio Mello, vice president of the Brazilian Association for Research and Development of Innovative Companies (ANPEI).

To Mello, who is also executive manager of Innovation and Technology at the Vale company, the law needs to create conditions to benefit small and new companies but must also emphasize that tax incentives are also important to big companies. “Vale’s annual investment in research is on the order of hundreds of millions of reais. Tax incentives allow us a return of about R$15 million. To a company that has many shareholders and is trying to increase its stock price, that’s a significant sum.”

The 2014 Innovation Research Survey (PINTEC) published in December 2016 by the Brazilian Institute of Geography and Statistics (IBGE) shows that the tax incentives available in the law were used by only 3.5% of innovative companies.

Patents
In recent years, the so-called patent box regimes have gained popularity in Europe. Under those systems, taxes are waived on the profit generated from patented products. In the opinion of the IMF, that model has not been successful in encouraging innovation at companies. “Many R&D projects do not result in patents or lead to profitable innovations,” Mooij observes. “Fiscal support is more efficient when it directly reduces the cost of research.” To Aristóteles Moreira Filho, patent box regimes are controversial since they affect the last step in the process of innovation. “Since the incentive applies to the profit obtained from a patent, we are beginning to see, in countries that grant such benefits, cases of companies—especially multinational groups—that did not invest directly in R&D but simply incorporated their intellectual property assets in holding companies that have no substantial economic activity. They may even acquire patents from third parties to gain access to tax incentives without promoting any additional volume of investment in innovation,” Moreira says. In 2015, the OECD began to require its member countries to apply the patent box regime only to patents that were developed by the company awarded the incentive.

One suggested change in the Lei do Bem is the elimination of the concession of increasing incentives to someone who files for a patent; this is aligned with the idea that an incentive can be given even if there is no patent. Another demand being evaluated is to allow the incentive to include R&D that is contracted out to small companies and startups. The purpose is precisely to strengthen emerging companies as well as reinforce corporate venture strategies, which consist of setting up business units devoted to innovation within big companies. Many startups acquired by well-established companies have been converted into such innovation units.

Rafael Cagnin from IEDI believes that tax incentives tied to the income earned from the sale of finished products may not be very effective. “The process of innovation entails unanticipated mistakes or changes. It is better to give tax incentives at the beginning of the process because, even if the achievement of an end product is uncertain, the stages in that research enable a company to take advantage of lessons learned,” says Cagnin. “In that regard, tax incentives are a fundamental piece of industrial policy. It’s the public sector participating in the sharing of the risks that innovation involves when private returns on investment are neither easily calculated or certain.”

According to the IMF, tax incentives to attract multinationals sacrifice emerging countries and bring little benefit

Moreira argues that tax incentives grants should be directed to different industrial sectors indiscriminately in order to not become unfair. In his opinion, granting sectoral incentives is not the most efficient method, and it also tends to be antidemocratic. “Let’s stop taking from one pocket in order to overstuff the other one. Sectors with greater political clout have more power to wield influence in dealings with the government and so are able to impose their agendas in an unequal manner in relation to sectors that are less influential but that also need incentives in order to grow,” he suggests.

Brazilian industrial policy established incentives to boost domestic production of automobiles, computers and related equipment, semiconductors, and other products. In that case, the strategy currently adopted is still to grant exemptions from or suspensions of taxes that would otherwise be assessed on the end product. That policy is not extended to imported competing products (see Pesquisa FAPESP Issue No. 251). Early in 2017, programs such as Inovar Auto and the Informatics Law were deemed illegal by the World Trade Organization (WTO), having been challenged by both the European Union and Japan. “Unfortunately, the attitude toward incentives in Brazilian tax policy is ‘all or nothing’,” observes economist José Roberto Rodrigues Afonso, a professor at the Getúlio Vargas Foundation and a World Bank consultant. He says that during the previous Brazilian administration, exemptions were awarded indiscriminately without taking technical evaluations into consideration. “Under the current administration, we find just the opposite: any incentive has come to be seen as a capital sin,” says Afonso. “Brazil stands outside the international debate and seems unable to find a political equilibrium and the technical competence to support its fiscal policy,” he adds.