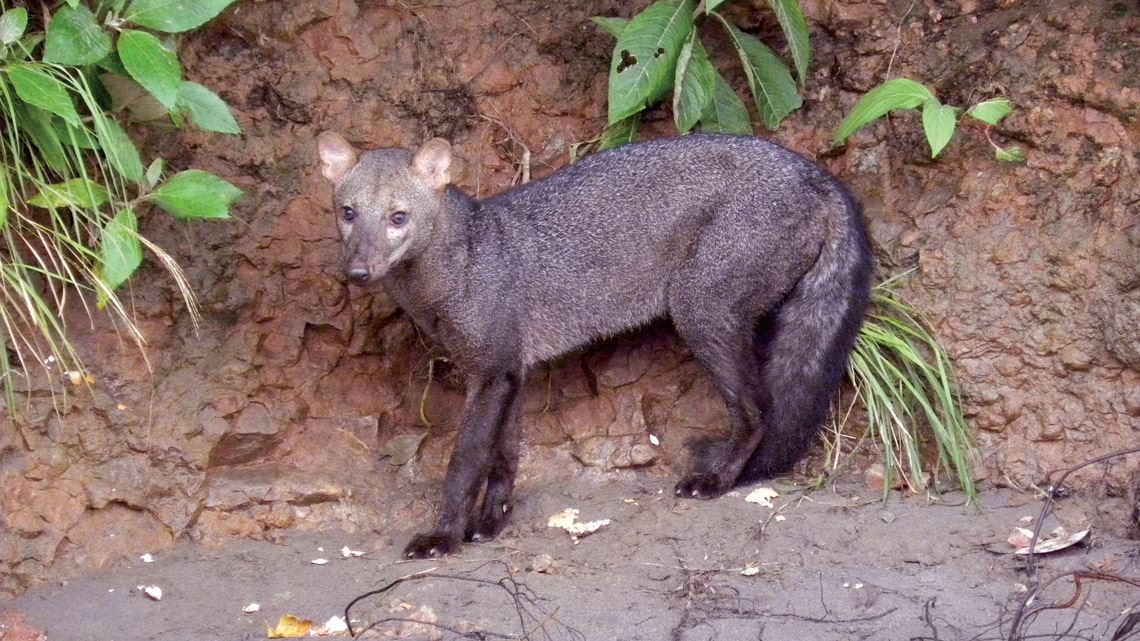 Deforestation is destroying the habitat of the timid and elusive short-eared dog (Atelocynus microtis), the only canid species endemic to the Amazon, concluded a study led by Brazilian biologist Daniel Rocha, from the University of California, Davis, USA, and the Mamirauá Institute for Sustainable Development (Royal Society Open Science, April 22). The researchers evaluated images obtained from camera traps placed across almost the entire Amazon over the last 20 years. They examined 307 photographic records, of which 191 were new. The images indicated that the species thrives in closed forests and avoids open areas. The research group concluded that the geographic distribution of the species could shrink by 30% by 2027 due to the loss of native vegetation, and recommended changing its international conservation status from near threatened to vulnerable.