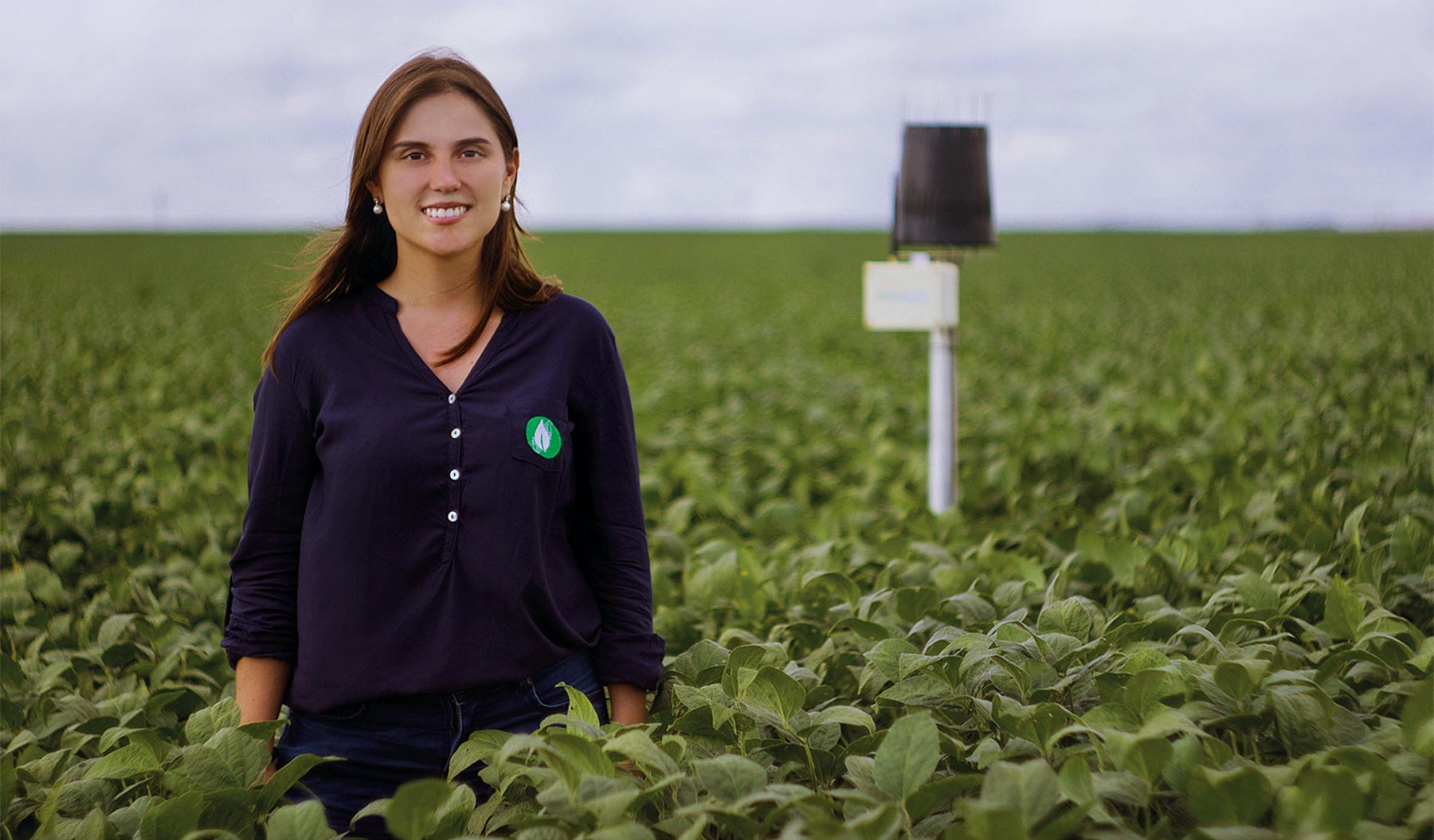 Mariana Vasconcelos: named one of the 35 top innovators under 35 in Latin America

At a time of life when many young people are still seeking their first job, 27-year-old Mariana Vasconcelos, from Itajubá in the state of Minas Gerais, has already worked on her own business across the continent. In 2014, the year she graduated in business administration from the Federal University of Itajubá (UNIFEI), she and two partners founded Agrosmart, a digital agriculture startup. The company, which has already received investment from the SP Ventures São Paulo Innovation Fund and is now participating in a new funding round, monitors 210,000 hectares of land in Brazil and operates in nine countries. Vasconcelos was recently named one of the top innovators under 35 in Latin America by MIT Technology Review.

Agrosmart monitors crop data via digital rainfall gauges, weather forecasts, sensors installed in the field, and satellite imagery. The objective is to solve some of the problems faced by rural producers. “We developed sensors that measure soil, climate, and crop conditions. There are more than 10 environmental variables involved,” she says. “The data is analyzed and presented to farmers, enabling them to understand, for example, the reasons why a crop is struggling,” she explains. With this information in hand, farmers are able to make more accurate decisions, such as knowing the exact amount of water required by a particular crop.

According to Vasconcelos, who spent a year working in the sales department at Bosch in Germany, the success rate of certain agronomic models, such as coffee rust detection, can range from 75% to 95%. Another important differential, she explains, is the fact that the system does not require internet connectivity in the field. “When farmers say that their property has internet, what they mean is that they own a rural antenna. The signal usually works only in the main building—not out in the field, where we need to take measurements. So we developed a parallel data transmission network for the sensors that doesn’t need an internet connection. That made a huge difference to the business.”

Four years ago, when the company was just starting out, Agrosmart won the federal government’s Start-Up Brasil program, which aims to accelerate technology businesses, and Vasconcelos received a grant from the Brazilian National Council for Scientific and Technological Development (CNPq). A year later, the startup won the Call to Innovation prize, which included another grant. Vasconcelos subsequently took a high-impact technology course at Singularity University in Silicon Valley, USA.

Despite her professional success, she wants to continue learning. She is currently studying an MBA in agribusiness at the Luiz de Queiroz School of Agriculture at the University of São Paulo (ESALQ-USP).