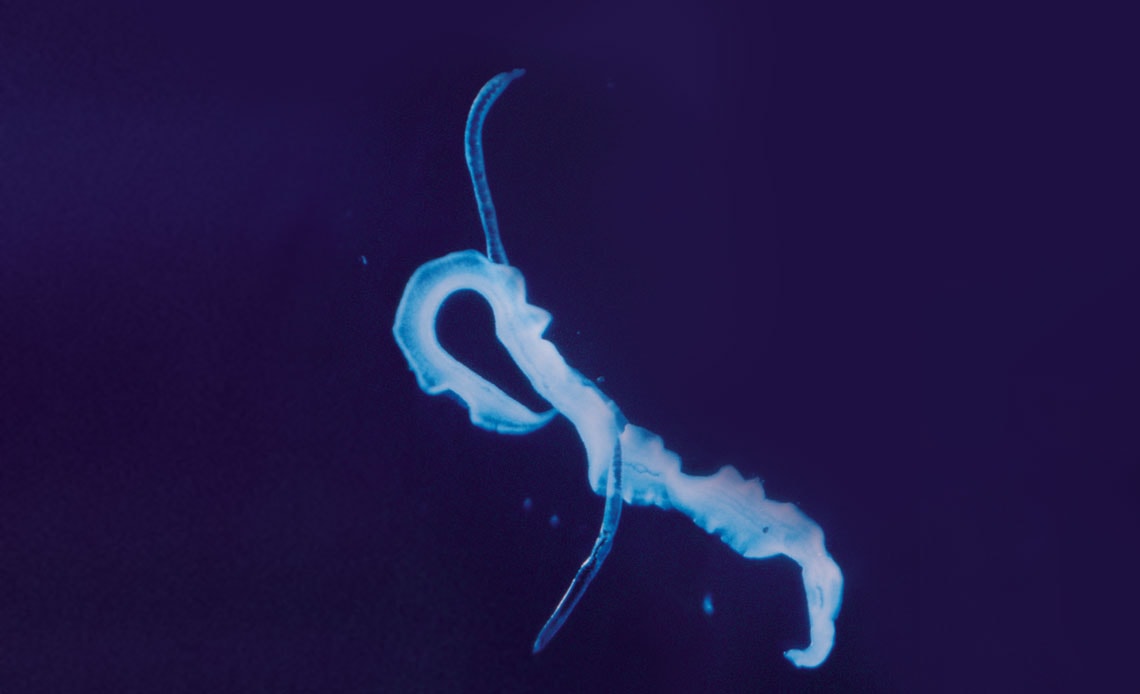 Schistosomiasis worms: the male, whose body is cylindrical, and the female, which is more slender

An anti-inflammatory widely used to alleviate menstrual cramps has been shown through animal testing to be effective at treating schistosomiasis, a disease that affects about 240 million people worldwide and causes severe inflammation of the intestines and liver. Researchers from the Center for Research on Neglected Diseases at the University of Guarulhos (UNG) analyzed 73 anti-inflammatory drugs sold in Brazil and other countries, administering them to mice infected with the parasitic worm Schistosoma mansoni, which causes the disease. Of the drugs evaluated, five showed promise at fighting the worm, with mefenamic acid proving the most lethal. The drug reduced the parasite burden in the infected mice by 80%. According to UNG biologist Josué de Moraes, one of the study’s authors, the findings indicate that anti-inflammatory drugs may even be more efficient than praziquantel, the main drug currently used to treat the disease (EbioMedicine, April 23). The researchers do not yet know how mefenamic acid acts against S. mansoni. “But that is not the most important thing right now, because the mechanisms behind the drugs currently used to treat worms are not clear either,” Morais told Agência FAPESP. “That is why drug repositioning studies for neglected diseases such as schistosomiasis are so important.”