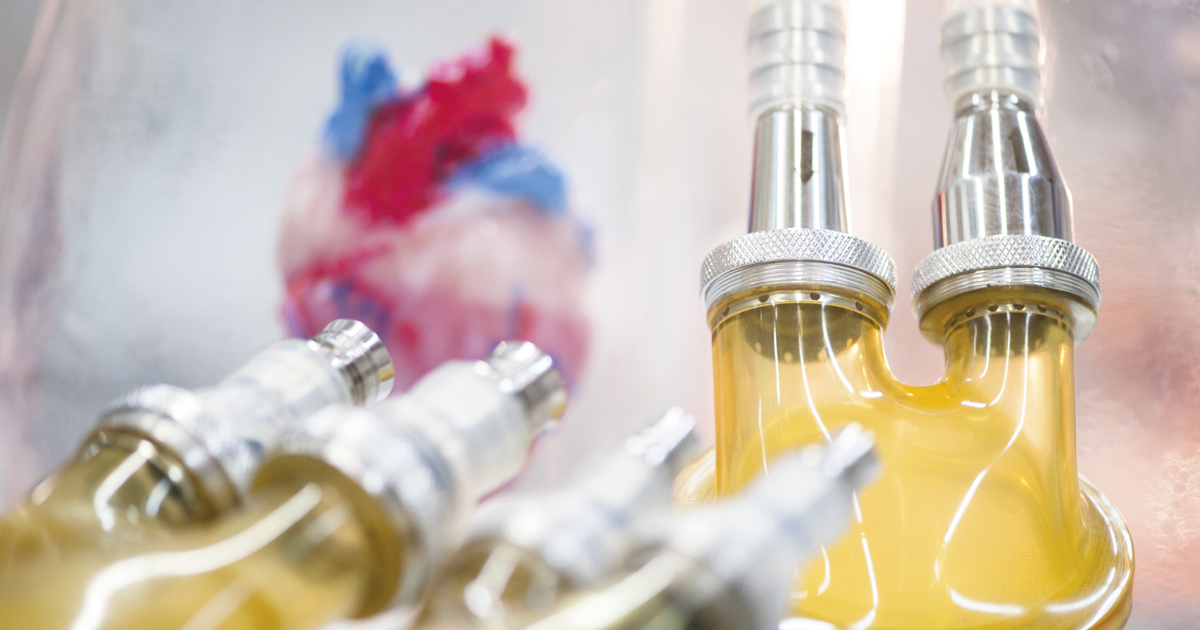 May 26 will mark 50 years since Brazil’s first heart transplant. The first patient lived only 28 days because there were no medications to block rejection of the organ, but the knowledge acquired over these five decades and the development of new drugs today allow half of recipients to survive at least 10 years after receiving a heart that functions better than the one they had before the procedure. The number of transplants rose to 380 in 2017, which is a record, but is still far from the 1,600 needed to meet demand in the country. In the United States there were 3,190 of these surgeries in 2016, although there too some demand was unmet.

“Few medical interventions rehabilitate patients to the same extent as heart transplant,” says cardiologist Fernando Bacal, director of the Heart Institute at the University of São Paulo Medical School (INCOR-FM-USP), which is the most active center in this area and performed 69 of these surgeries in 2017. “Before the transplant, patients experience shortness of breath even at rest, have difficulty bathing, and low life expectancy. Afterward, they can even play sports.”

As has been the case for 50 years, transplantation continues to be suitable for people with irreversible heart failure who resist any treatment, “but only when the body is still able to react,” underscores surgeon Fábio Jatene, director of the cardiovascular surgery department at INCOR. “It is important to show that this is an efficient means of treatment so that the number of donors can continue to expand.”

Between 1968 and 2016, 3,984 heart transplants were performed in Brazil, well shy of the total numbers of kidney (80,894) and liver (21,451) transplants during the same period, according to the Brazilian Organ Transplant Association (ABTO). Heart transplant is currently the fifth most common cardiac surgery, accounting for 1.6% of the total of 1,722 patients in 17 hospitals across 10 states who underwent surgery between August 2014 and December 2016, according to a 2017 study published in the Revista Brasileira de Cirurgia Cardiovascular (Brazilian journal of cardiovascular surgery). This survey found that myocardial revascularization (better known as coronary artery bypass graft surgery) is the most common procedure with 48.8% of the total, followed by surgical valve implantation with 23.9%.

There are still problems. “In Brazil there is a shortage of donors and medical centers that can conduct transplants,” says cardiologist Roberto Kalil Filho, director-general of INCOR. Medical centers in only four states (São Paulo, Minas Gerais, Pernambuco and the Federal District) perform more than 30 of these surgeries per year.

In addition to complex logistics, one of the factors limiting the number of organ donors (which includes but is not limited to hearts) is the high rate of family refusal, which according to the ABTO was 44% in 2015. One reason could be that medical teams are not prepared to explain the concept of brain death to families, according to a 2015 study at the Federal University of São Paulo (see Pesquisa FAPESP issue no. 237). Other barriers include failures in identification of and notification about potential donors, medical contraindications, and transport difficulties between hospitals.

The first three transplants were performed in 1968 and 1969 at the Hospital das Clínicas (HC) at the USP School of Medicine, and served to broaden training and recognition among medical professionals, institutions, and companies. “INCOR is the product of João Boiadeiro,” says 80-year-old heart surgeon Domingo Marcolino Braile, referring to João Ferreira da Cunha, the 23-year-old who was the first Brazilian and seventeenth person in the world to receive a new heart.

His surgery took place five months after the South African surgeon Christiaan Barnard (1922–2001) performed the world’s first heart transplant in a hospital at the University of Cape Town, South Africa, on December 3, 1967, applying techniques learned alongside the American surgeon Norman Edward Shumway (1923–2006) at Stanford University in the United States. Barnard’s patient, Louis Washkanski (who today would be an unlikely candidate for this procedure because of high blood pressure in the lung arteries) lived for 18 days after surgery. Even so, the first transplant had immediate international repercussions.

João Boaideiro’s transplant also had a large impact in Brazil, the sixth country to perform this type of operation after South Africa, the United States, India, France, and the United Kingdom. The surgeon Euryclides de Jesus Zerbini (1912–1993) led the team that conducted the procedure on the morning of May 26, 1968, at the Hospital das Clínicas at USP. “Zerbini fought for INCOR for at least 10 years, but it did not get off the drawing board,” wrote surgeon Euclydes Marques, Zerbini’s assistant, in his 1960 book A face oculta dos transplantes (The hidden face of transplants). Soon after the transplant, funding to build INCOR was released. Construction on the building began shortly thereafter, and the institute was opened in 1975.

The transplant, unfortunately, did not go so well. Eighteen days after the surgery, João Boiadeiro began to show signs that his body was rejecting the heart he had received. The rejection worsened, the heart stopped working, and the young man from Mato Grosso nicknamed João the Cowboy died 28 days after surgery. In September of 1968 the INCOR team performed its second transplant on Hugo Orlandi, a 48-year-old from São Paulo, who died 378 days later, also after rejection of the heart. “At that time, the arsenal of medications to combat rejection was rather limited,” says Bacal. The third transplant patient, Clarismundo Praça, a 52-year-old man from São Paulo, did not reject the heart, but died 83 days after surgery was performed in January 1969 from a generalized infection which began in the surgical incision.

Because of the difficulty controlling rejection, which translated into low survival rates for the people who received transplants, this procedure practically ceased around the world until the 1980s. What allowed transplants to resume was the discovery of cyclosporin, a compound isolated from a fungus by the Swiss biochemist Jean-Francois Borel which proved to be a powerful immunosuppressant capable of reducing the reactions that cause rejection of transplanted organs. Cyclosporin was soon adopted in transplants along with corticosteroids and azathioprine, which had been used up until this point. INCOR resumed transplants in 1985, one year after the surgeon Ivo Nesralla performed one at the Cardiology Institute of Rio Grande do Sul, the first Brazilian surgery of this kind in the post-cyclosporin era. From then on, the number of heart transplants began to climb continuously (see chart).

Transplants in dogs
Euclydes Marques, who today is 82 years old, recalls being part of the team that prepared to conduct the first heart transplants in humans. He led a group of medical students who performed more than 100 transplants in dogs in 1967 and 1968. “Zerbini supported it, but not directly, because he did not believe in the viability of the transplant at that time,” says Marques. “If he had believed in it, he would have taken action before.” It was only when he learned of the first transplant in South Africa, according to Marques, that the surgeon became interested in the canine transplants, and did some in animals and then others in cadavers until he felt secure.

In his book, Marques says that he had found a candidate who appeared to be suitable for transplant in 1967: a 36-year-old woman with a tumor in the heart called a rhabdomyosarcoma. He proposed the surgery in a meeting with other physicians, and Luiz Venere Décourt (1911–2007) asked how many dogs had survived the transplant. Marques had to acknowledge: none. The following year, Christiaan Barnard (who was already famous) answered the same question from Décourt on a visit to INCOR, saying that none of the dogs he had operated on had survived. Fábio Jatene commented: “The dog was a model used to practice the surgical technique, although the animal does not survive to the end. It has been years since we used dogs for this purpose.”

Since the 1950s, the team that would comprise INCOR strengthened the research and development of equipment and devices used in cardiac surgery. To foster this area, Zerbini brought his ex-student Adib Jatene (1929–2014), a surgeon in Uberaba, Minas Gerais at the time who was recognized for his medical competence as well as his ability to build machines, back to the Hospital das Clínicas with him. In 1958, Jatene and Braile, who was in his second year of medical school, built the cardiopulmonary bypass machine, which functioned as a mechanical lung and heart to keep blood circulating during surgery and was used in cardiac procedures and in the first transplants (see Pesquisa FAPESP issue no. 154). Zerbini had imported one of these machines, but replacement parts were hard to obtain. He also encouraged the team from the hospital workshop to produce blood flow control valves, since imported valves were very expensive. This desire for autonomy remains; the Bioengineering Division is located two stories underground and produces devices including valves, catheters, and pacemaker chips, as well as an experimental artificial ventricle used as a temporary heart in people awaiting a transplant.

In 1961, Jatene moved to the Dante Pazzanese Institute, where he created the bioengineering workshop to develop instruments and devices. There he created the first pacemaker, which did not advance because of difficulties obtaining electronic components. In 1983 he returned to INCOR to fill the full professor spot left by Zerbini, who had just retired. After Braile graduated in 1962, he returned to his home town of São José do Rio Preto in the interior of São Paulo, formed cardiac surgery teams, and in 1983 created his own company, which produces heart valves and other devices for cardiology and oncology (see Pesquisa FAPESP issue no. 176). “Zerbini was very modest and said he was proud that his students had gone farther than he did,” recalls Braile.