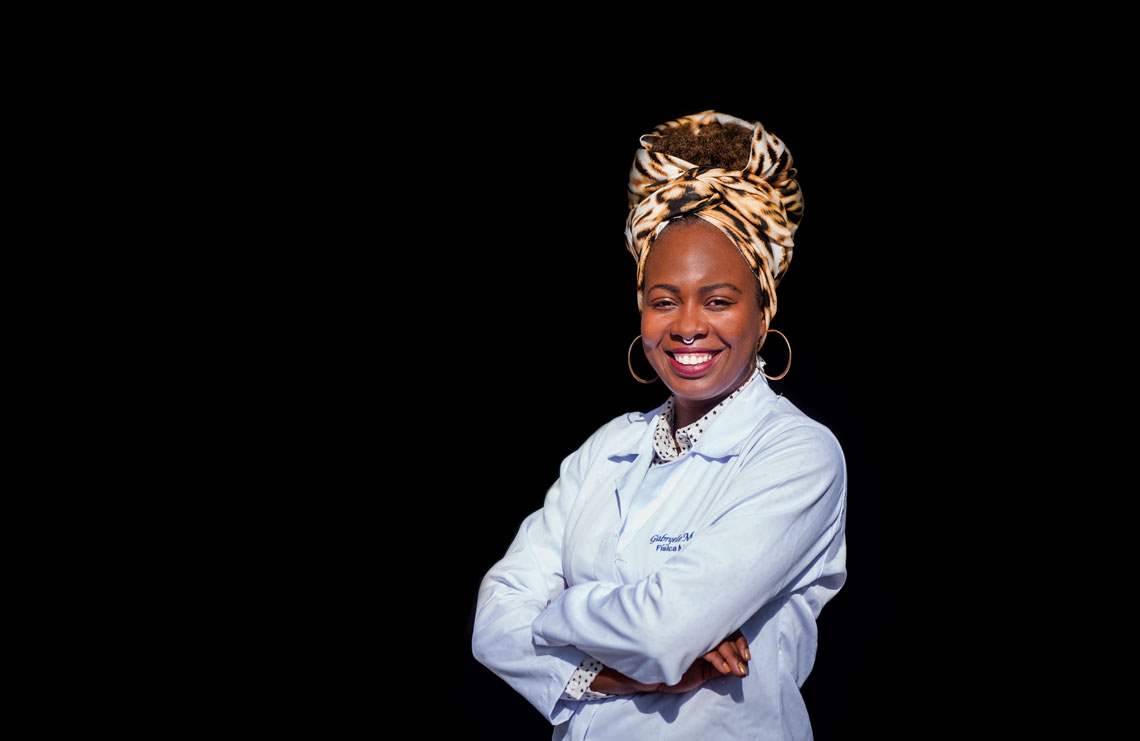 Encouragement from teachers was fundamental to her academic career, emphasizes Moreira

Gabryele Moreira, from Bahia, first became interested in physics during a pre-university preparatory course she took in the city of Salvador in 2011. Two years later, she passed the entrance exam for the Federal University of Sergipe (UFS) and began her undergraduate degree in medical physics, a field in which physics is applied to medicine, opening the door to work in diagnostic imaging, radiotherapy, and nuclear medicine. In 2021, she was the first black woman to win a place on the Marie Sklodowska-Curie Fellowship Program, run by the International Atomic Energy Agency (IAEA), an institution based in Vienna, Austria, and linked to the United Nations (UN). She will now have the chance to choose one of the institutions associated with the agency at which to take a year-long fellowship.

“I built my academic career based on the encouragement I received from teachers, both at high school and university. These were really empowering forms of dialogue. We talked about continuing education policies, which convinced me that studying and doing research at public institutions was a real possibility,” she says. For her master’s research at the Institute for Energy and Nuclear Research (IPEN) of the University of São Paulo (USP), Moreira is working on neutron activation analysis in coinciding samples irradiated in the IEA-R1 reactor, under the supervision of physicists Frederico Antonio Genezini and Guilherme Zahn. “By means of radiation, I investigate environmental, geological, and biological samples,” she explains. She has been so busy working on the final phase of her research that she is yet to choose where to do the Marie Sklodowska-Curie fellowship. “Writing my dissertation has taken up a lot of my time. I decided to wait until I’m finished before I think about the fellowship,” says the scientist, who is also doing an MBA in project management at USP’s Luiz de Queiroz College of Agriculture (ESALQ).

The IAEA’s fellowship program was created in 2020 with the aim of increasing female participation in nuclear science. The 100 researchers offered a place on the program every year are awarded between €10,000 and €40,000 each. Candidates are evaluated based on their educational career to date, the commitment they have shown to their scientific studies, and the estimated impact the program could have on their careers in the future. “The fact that I participated in four undergrate research projects during my degree certainly played a major role in my being selected,” says Moreira. The program seeks geographical and linguistic diversity among its participants.

In 2020, Moreira carried out a study on the sociocultural profile of students, researchers, and professors working at IPEN. She distributed questionnaires, the results of which showed that 10% were self-declared black women, 70% are from the Southeast of Brazil, and 57% had male advisors. The study was carried out in partnership with Women in Nuclear (WiN) Brazil, an organization that represents women working in nuclear energy and applications of ionizing radiation. “The survey confirmed our perception that nuclear energy is a field dominated by men, something that could be changed with the incentive of awards like the one I won,” she explains. “I am even happier that now I have the opportunity to inspire other women to apply to the program.”

Aside from the intellectual encouragement from her professors, Moreira, who lives in USP’s residential complex, emphasizes the contribution of public policies to the development of her studies. “I entered university thanks to quotas and receive help to continue my studies. All this support has been essential, not just to get here, but to keep going further.”