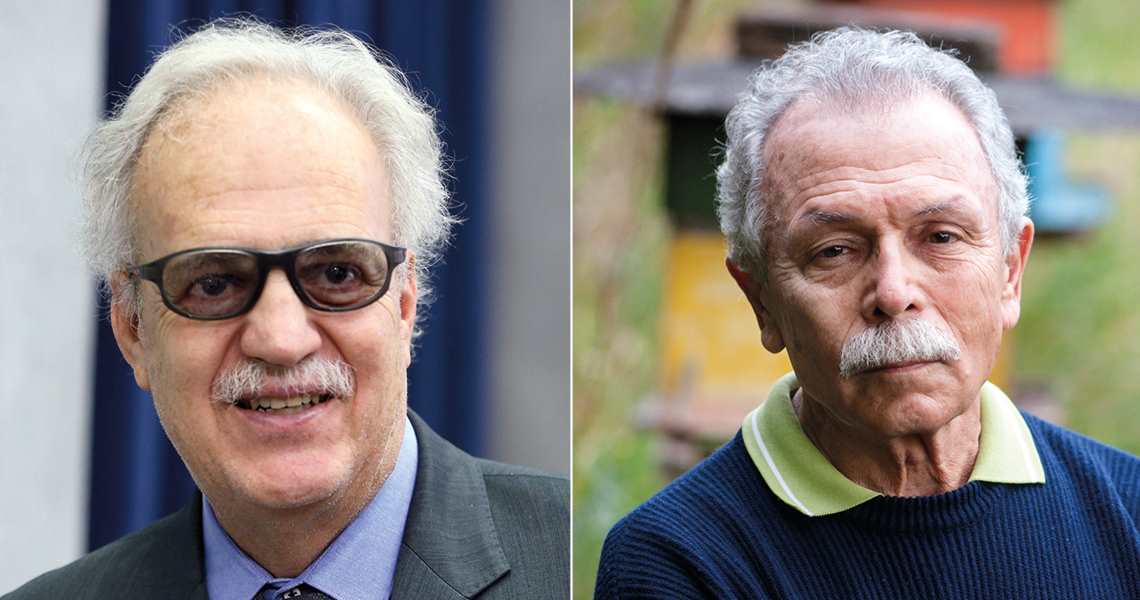 Nobre and Galvão (left to right), honored by the AAAS

Two Brazilians—physicist Ricardo Galvão and climatologist Carlos Nobre—were honored on February 10 at the annual meeting of the American Association for the Advancement of Science (AAAS), one of the largest and oldest scientific societies in the world. Galvão is a professor at the University of São Paulo (USP) and former director of the Brazilian National Institute for Space Research (INPE), who this year received the Scientific Freedom and Responsibility award, granted to researchers who put their career or personal safety at risk to defend science in challenging situations. In mid-2019, he publicly defended the quality and reliability of INPE data showing a significant increase in deforestation in the Amazon, after Brazilian president Jair Bolsonaro questioned their integrity. Galvão was dismissed from his position as a result. Nobre, a former researcher at INPE and currently a senior researcher at USP’s Institute for Advanced Studies, was given the Scientific Diplomacy award for his “comprehensive work aimed at understanding biodiversity and protecting the indigenous peoples of the Amazon.”