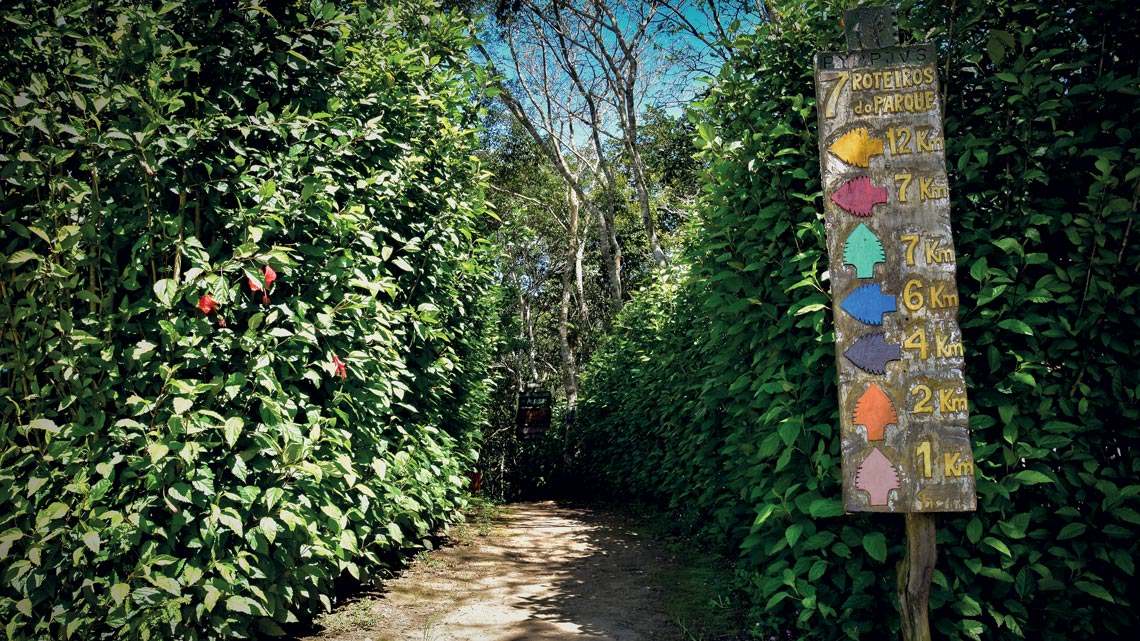 A group of researchers at the University of São Paulo (USP) and Duke University recently published a study on the effectiveness of a fiscal transfer system adopted in Brazil that rewards municipalities for hosting protected areas. The system, referred to as ecological tax transfers (ICMS Ecológico, or ICMS-E), has been adopted in at least 15 Brazilian states since the early 1990s. Under this system, a larger percentage of state tax (ICMS) revenues is awarded to cities that have expanded the amount of municipal area covered by protected native vegetation and springs.

The researchers used econometric models to estimate changes in the extent of protected areas in 1,467 municipalities in six states from 1987 to 2016. They compared four states—Minas Gerais, Paraná, Rio de Janeiro, and São Paulo—that implemented the ICMS-E framework to two control states—Santa Catarina and Espírito Santo—that did not. One of the challenges in the study was accurately distinguishing the impact from the tax framework from that of the multiple other initiatives designed for a similar purpose, such as Brazil’s national plan to incentivize protected areas, and international finance facilities for conservation. The researchers’ models showed a slight correlation between ICMS-E adoption and growth in protected areas, most markedly in states such as Rio de Janeiro, where the framework has been only recently implemented and the impacts are now at their peak.

The effects of the framework, however, were unevenly felt. Part of the discrepancy is explained by the proliferation of a less restrictive type of protected area, called Área de Proteção Ambiental (APA)—similar to an IUCN category V reserve. These reserves are easier to create as constraints on land use are less restrictive, although they also offer less protection for threatened habitats. On average, city planners created 24 times more APAs than they did other types of protected areas. But when protected areas were created by state governments, the gap was far less pronounced—the number of APAs was eight times larger. The explanation is simple: for mayors, creating new APAs is a quick and uncomplicated process that will increase their city’s tax transfers within their term. For state governments, on the other hand, new protected areas will not yield immediate financial benefits and, because of this, are developed based on more technically sound criteria and longer-term goals. 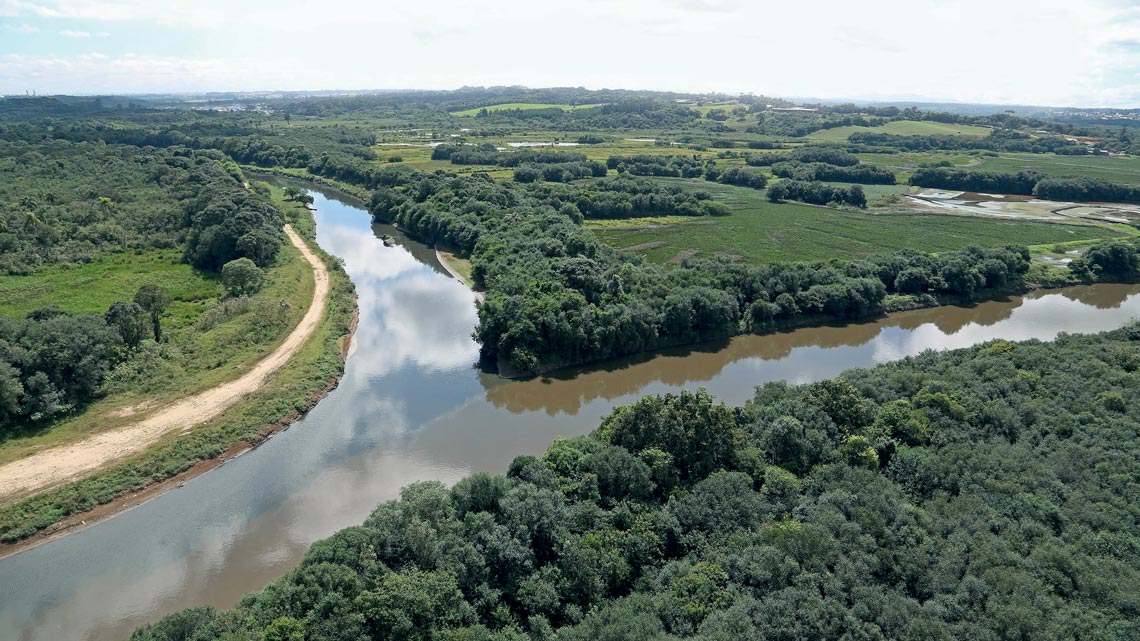 “State governments use the ICMS-E framework to incentivize local implementation of conservation strategies, typically in accordance with stringent requirements, while municipal governments are primarily concerned with using low-cost solutions to boost tax revenues,” explains Patricia Ruggiero, a biologist who completed doctoral research in 2018 under the supervision of Jean Paul Metzger at USP’s Institute of Biosciences, and under the cosupervision of Alexander Pfaff, at the Duke University School of Public Policy, and Paula Pereda, at the School of Economics, Business, and Accounting at USP—the latter two coauthored the study. Another of their findings was that the impacts from the tax framework declined over time. “The framework sets municipalities on a race of sorts, with the first to create protected areas receiving larger tax transfers in the short term. But as other municipalities join the race, their slice of the tax transfer becomes smaller and smaller, and the mechanism gradually becomes less attractive,” explains Ruggiero.

According to the study, published in January in Ecological Economics, tax transfers as rewards for environmental protection policies have been adopted in Portugal and France, and are being considered for adoption in other European countries, such as Germany and Poland. India has implemented ecological fiscal transfers at the largest scale, covering its entire territory, but without this resulting in increased investment in preservation.

Brazil’s program is the oldest of its kind globally. It was first made possible by a provision of the country’s 1988 Constitution that gave states a mandate to enact local laws governing the distribution of the 25% slice of state tax revenues that goes to municipal governments. The first state to adopt the scheme was Paraná, initially in its 1989 State Constitution and, two years later, under a law that set aside 5% of tax transfers for municipalities hosting springs and protected areas, including Indian reservations. “The ICMS-E framework was originally the result of political pressure from municipalities in the metropolitan area of Curitiba, which argued that they were being unfairly penalized by having to reserve part of their land to protect water supplies for the state capital,” explains crop scientist Wilson Loureiro, who was one of the architects of Paraná State’s tax regulations during his time at the Paraná Environmental Institute (IAP)—he is now a professor at the Federal University of Paraná (UFPR). “In drafting Paraná’s new Constitution, we addressed these demands from cities hosting protected areas.” According to the IAP, the total area covered by protected areas in the state expanded by 160% from the 1990s to the 2000s. 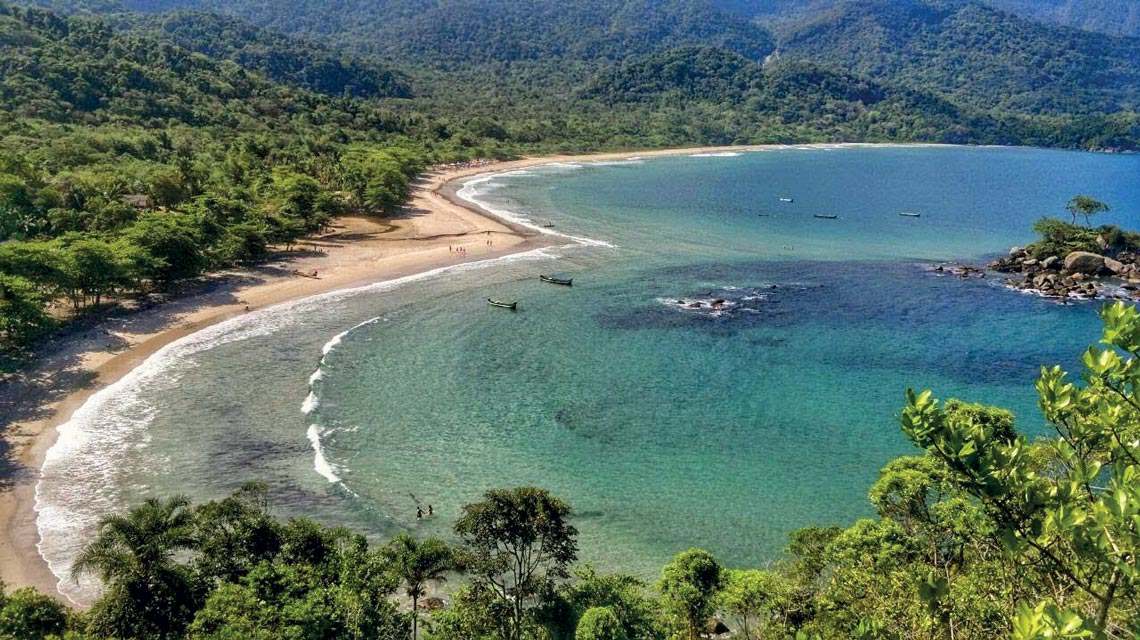 Another 14 Brazilian states have since implemented similar tax transfer schemes to reward cities implementing environmental policies, each using its own approach. Transfer percentages range from 1% of municipalities’ stake in tax revenues, in the state of Mato Grosso do Sul, to 13% in Tocantins. Similarly, tax distribution criteria range from less to more restrictive. In Rio de Janeiro, Roraima, Acre, and Amapá, for example, bonus transfers are awarded to all states hosting protected areas. Other states have introduced additional criteria, such as whether municipalities have adopted waste management (Ceará, Piauí, and São Paulo) and sanitation (Pernambuco and Tocantins) policies and whether they host hydroelectric reservoirs (São Paulo) or Indian reservations (Mato Grosso and Rio Grande do Sul). Minas Gerais established a longer list of requirements, including education, cultural heritage, and food production metrics—1.1% of municipal tax allocations are determined by environmental parameters. “The ICMS-E framework has been proven successful in steering local government policies,” says Barreiro. “It comes at a zero cost for state governments, as it has no effect on their tax revenues. The mechanism could be applied for other purposes, including as an incentive for low-carbon agriculture.”

São Paulo awards one of the smallest transfer percentages—just 1%. But because the state’s tax revenues are among the highest in Brazil in absolute terms, this percentage has been sufficient to incentivize the expansion of protected areas. Under the state tax legislation in effect up until last year, tax transfer percentages were awarded not on the basis of protected areas instituted by municipal governments, but instead on the basis of those established under plans agreed between the state government and individual mayors, together with the amount of area occupied by hydropower reservoirs. In 2021, the percent allocation increased from 1% to 2% of ICMS tax revenue. The previous rules were maintained, but with the larger allocations now allowing for additional rules to be introduced, including the amount of area covered by native vegetation, excluding protected areas, and whether municipalities have waste management plans. “Today we have affordable technology we can use to monitor protected areas, even those not created under municipal decrees,” says Ruggiero. “The reform rewards municipalities for what ultimately matters, which is the amount of native vegetation that is preserved, potentially making the framework more effective;”

Ruggiero’s research reveals the importance of creating financial incentives both for expanding protected areas and for implementing mechanisms to maximize ecological benefits, says Rafael Barreiro Chaves, an ecology expert at the São Paulo State Department of Infrastructure and Environment (SIMA), who was not involved in the study. “São Paulo’s experience shows the benefits of policies that encourage municipalities to join broader, state-wide programs, and now we have the public-policy science to prove it,” he says. Alongside his role at SIMA, Chaves serves as deputy director at Biota Síntese, a FAPESP-funded project as part of São Paulo’s Problem-Oriented Research Program. The project, led by Jean Paul Metzger, explores academic research about biodiversity and ecosystem services to inform new social and environmental programs, especially programs leveraging nature-based solutions. “It’s not just about compiling and reviewing scientific data, but about developing a methodology that can provide inter- and cross-disciplinary insights and draw meaningful information from collected data to inspire new ideas, models, paradigms, and theories,” said Metzger during the project kickoff ceremony.