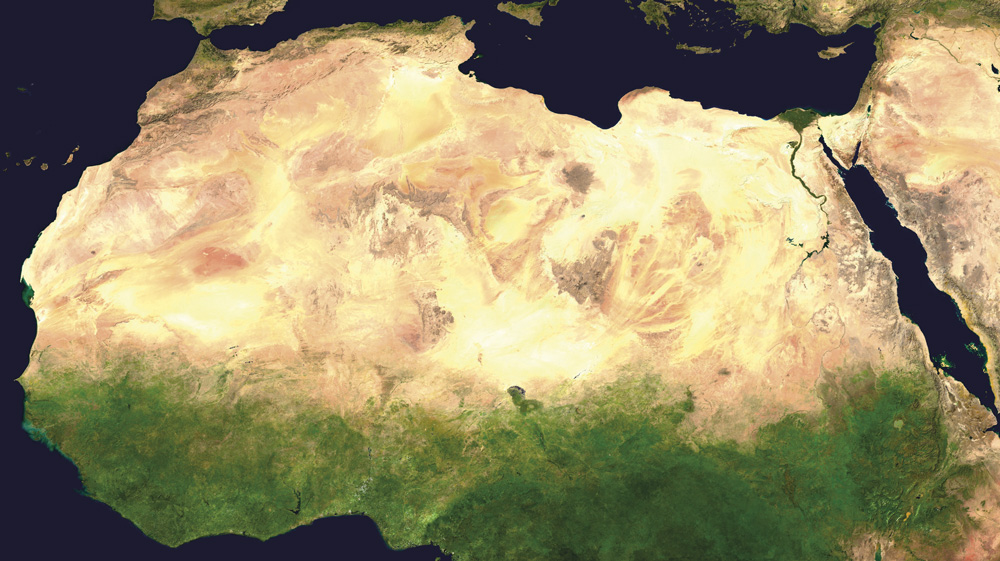 The desert, shown in light brown on the satellite image, is expanding into previously wetter regions

The Sahara, the largest hot desert in the world, is expanding. It has grown by about 10% over the last century and today occupies an area of ​​almost 7.4 million square kilometers (km2), only slightly smaller than all of Brazil. The desert receives less than 100 millimeters of rainfall per year on average, and its expansion into the wetter regions of North Africa was identified by researchers from the University of Maryland, USA. Geophysicist Sumant Nigam and graduate student Natalie Thomas analyzed more than 100 years of rainfall data from across Africa and found that the desert grew by 7,000 km2 per year between 1920 and 2013 (Journal of Climate, March 29). Scientists already suspected that the Sahara was expanding, but previous studies using satellite images only examined shorter and more recent periods. Like all deserts, its area increases and decreases depending on the season. The Sahara can expand to as much as 13.6 million km2 during the Northern Hemisphere’s winter, which is the driest period, and can shrink to half that size (7 million km2) in summer and autumn, when there is generally some rainfall. Even so, the area that it occupies each season has been increasing. The desert now expands further north in the winter and further south in the summer as it advances over the Sahel, a semi-arid region of open plains. According to the researchers, natural variations in the climate, such as changes in the surface temperature of the Atlantic Ocean and the circulation of warm winds, may partly explain the reduced rainfall and increasing size of the Sahara. Changes caused by humans could also be an influencing factor. “Climate change is likely to widen the circulation of these winds, causing a northward advance of the subtropical deserts,” said Nigam in a press release. “The southward creep of the Sahara, however, suggests that additional mechanisms are at work.”