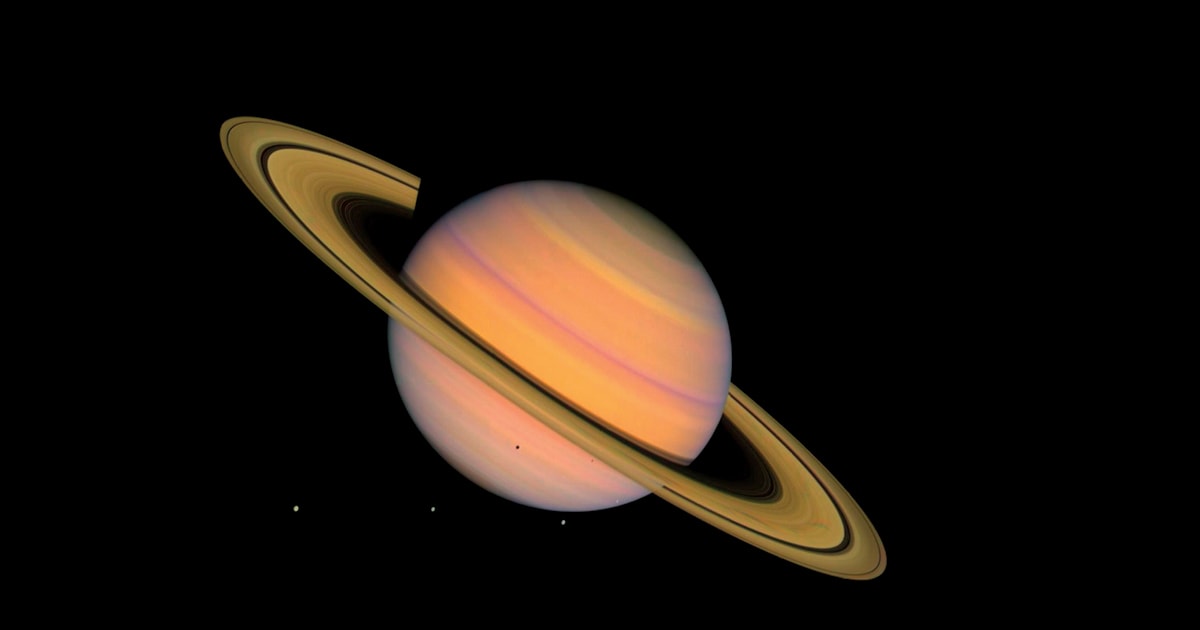 Seen from the Voyager 2 space probe, the planet Saturn and four of its 82 moons: Tethys, Dione, Rea, and Mimas

American astronomer Scott Sheppard is notorious for his discoveries of moons, comets, and other small bodies in the solar system. He has found natural satellites around Jupiter, Saturn, Uranus, and Neptune, and together with astronomer Chadwick Trujillo, described one of the most distant objects orbiting the Sun: a dwarf planet candidate known as 2012 VP. At a meeting of the International Astronomical Union held in October this year, Sheppard and his team from the Carnegie Institution for Science in Washington DC announced the discovery of 20 new moons around Saturn, the sixth planet from the Sun. Famous for its rings, Saturn is the second largest planet in the solar system—its mass is 95 times greater than Earth’s. The new moons bring the planet’s total to 82. Saturn now has more moons than Jupiter, which is larger, and has 79. The new moons average 5 kilometers in diameter and take two to three Earth years to complete one orbit around Saturn. Three follow the planet’s direction of rotation and 17 circle it in the opposite direction. Several of the new moons appear to have been formed from collisions between larger moons and comets or asteroids. “Studying the orbits of these moons can reveal their origins,” Sheppard said in a press release. The Carnegie Institution has set up a contest, open until December 6th, to name the moons. Suggestions can be sent via Twitter to @SaturnLunacy, using the hashtag #NameSaturnsMoons.