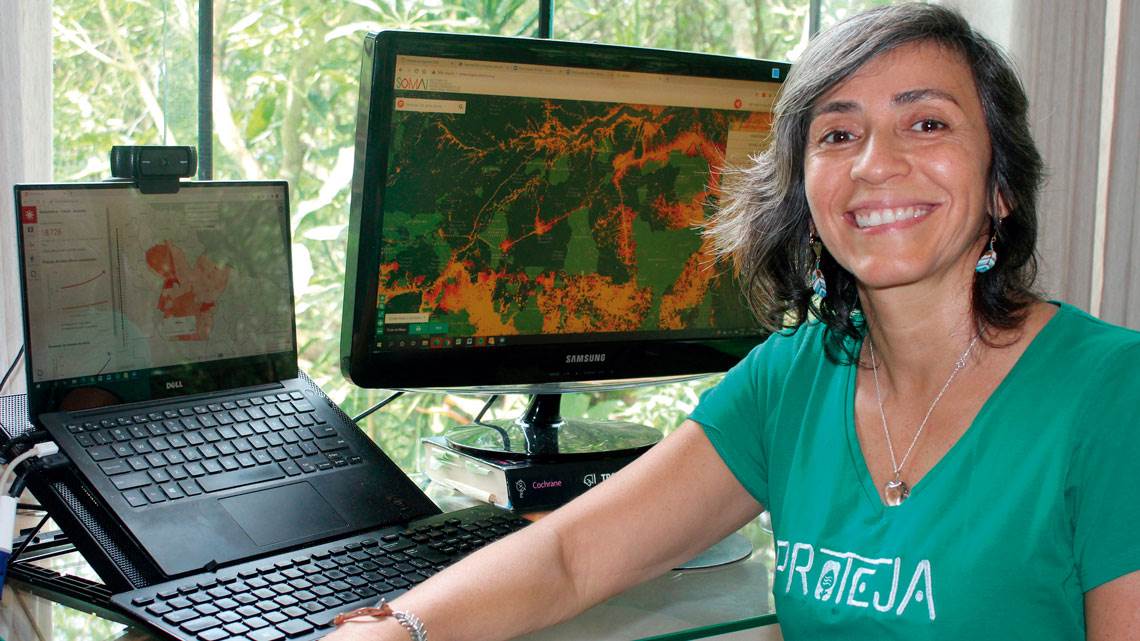 Alencar monitors data on the MapBiomas platform from her home office

When geographer Ane Alencar began her environmental research in the early 1990s, it was still commonly believed that wildfires in rainforests were rare. “It was also really common to hear the theory that the trees in the Amazon had shallow roots and the soil was poor,” recalls the scientist, who in March became the first Latin American to receive the Leading Women in Machine Learning for Earth Observation award, bestowed by the Radiant Earth Foundation, an American organization that develops machine learning models for observing the planet.

Awarded on International Women’s Day, the honor recognizes 14 women scientists every year for their environmental preservation work based on data generated by remote sensing systems. “This is an important award, above all because it highlights the work of women in technology, a field which is generally dominated by men,” says Alencar, who is currently science director at the Amazon Environmental Research Institute (IPAM), where she heads the MapBiomas platform for the Cerrado (wooded savanna) and MapBiomas Fogo, both of which aim to map and monitor land cover and use in Brazil based on data obtained by satellites. 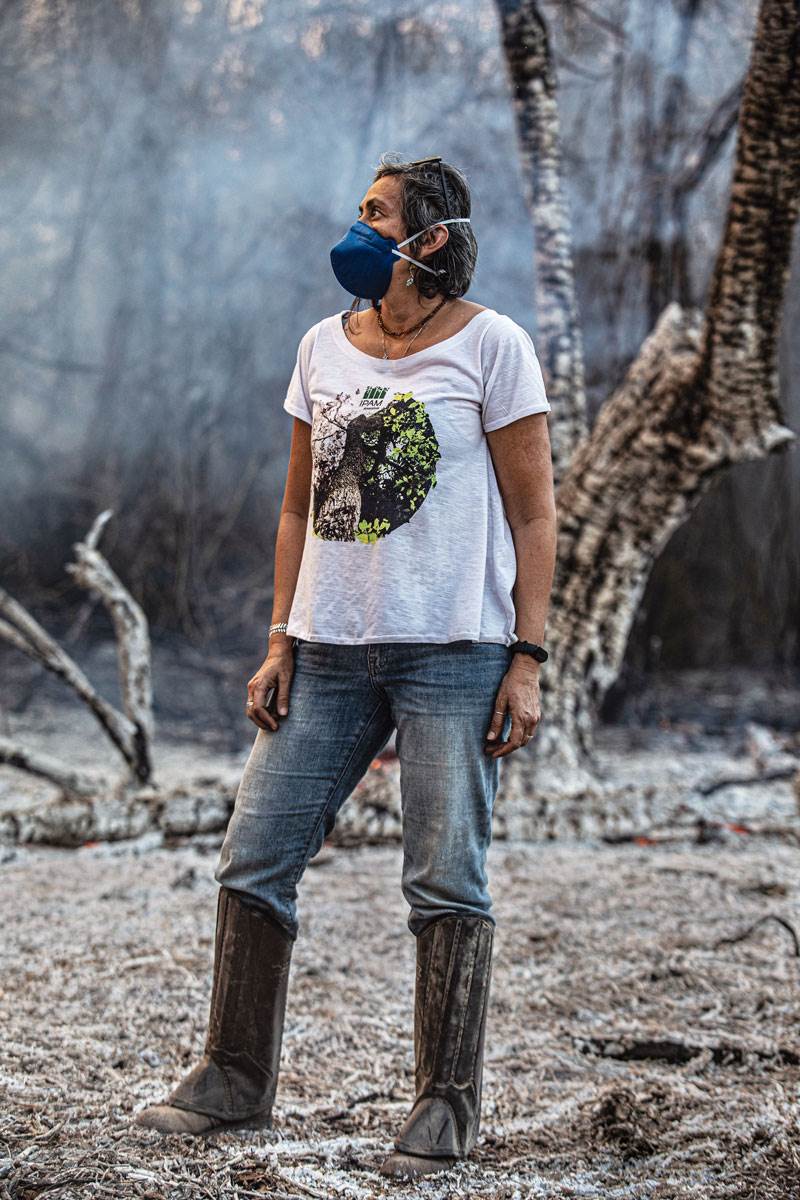 Born in Belém and currently living in Brasília, Alencar has dedicated her professional career to studying the behavior of fires in the Amazon. While studying geography at the Federal University of Pará (UFPA), she did an internship at the Brazilian Agricultural Research Corporation (EMBRAPA), where she organized her first database, gathering information on the soils in the Amazon. “I have always been passionate about maps and I was fascinated by the opportunity to generate this spatial database of soil profiles that helped clarify the importance of deeply rooted trees in the Amazon with respect to the forest remaining green at all times, even in dry seasons,” she says. During her master’s degree in remote sensing, completed at Boston University, USA, in 2000, Alencar researched fires in Amazonian environments. “At that time, there was this mistaken idea that fires only occur in more open and fire-adapted ecosystems, such as the Cerrado. Fires in rainforests were seen as very rare events,” she explains.

For her doctoral thesis, which she defended at the University of Florida in 2010, she investigated the impact of deforestation and climate change on the increasing flammability of the Amazon rainforest. “Because tropical forests like the Amazon are so wet, natural fires can occur at intervals of time that vary from 200 to 1,000 years. However, we found that due to human intervention, the frequency has decreased to every 12 years in highly fragmented areas of the region,” explains the researcher, who points out that over the last 36 years, fires have destroyed an area larger than England every 12 months, according to satellite images captured between 1985 and 2020.

Her studies led the scientist to coin the expression “fire scars” to describe forest areas affected by fires.