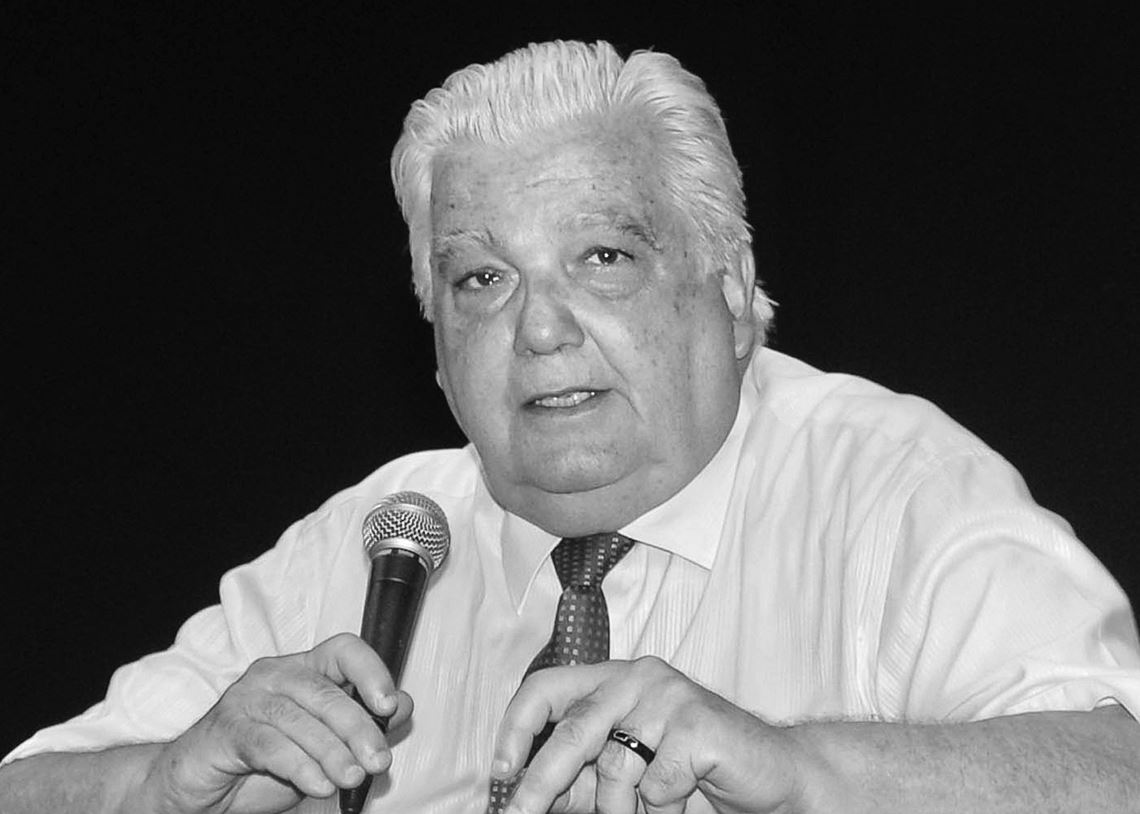 Raupp as Minister of Science & Technology, 2012

Mathematician Marco Antonio Raupp died on July 24 at the age of 83, in São José dos Campos (São Paulo), of acute respiratory failure, which, according to family members, was the result of a brain tumor. Raupp, who was Minister of Science and Technology (MCT, now MCTI) from 2012 to 2014, is remembered for his ability to manage and formulate public policies on science, technology, and innovation (ST&I). “He was interested in figuring out issues related to ST&I in Brazil and designing innovative solutions to help it take root,” highlights biochemist Helena Nader, a professor at the Federal University of São Paulo (UNIFESP) and his vice president when he chaired the Brazilian Society for the Advancement of Science (SBPC), from 2007 to 2011. “Brazil’s ST&I field owes him a lot. His work at the head of institutions such as SBPC and many others throughout his career was fundamental in strengthening the nation’s research and innovation system.”

Born in Cachoeira do Sul, Rio Grande do Sul, in July 1938, Raupp obtained his physics undergraduate degree from the Federal University of Rio Grande do Sul (UFRGS) and earned his PhD in mathematics from the University of Chicago, in the United States, in 1971. He began his teaching career at the University of Brasília (UnB). In late 1985, he became director of the National Institute for Space Research (INPE). During his tenure, he established the Center for Weather Forecasting and Climate Studies and the Integration and Test Laboratory (see Pesquisa FAPESP issue no. 306).

“Raupp was a key player in establishing a partnership agreement between INPE and the China Academy of Space Technology,” says mechanical engineer Petrônio Noronha de Souza, INPE technologist and former director of Space Policy and Strategic Investments at the Brazilian Space Agency (AEB). The agreement resulted in the China-Brazil Earth Resources Satellite program (CBERS), which has helped develop six remote sensing satellites since the 1980s—an achievement for which Raupp was awarded the title of Commander of the Order of Rio Branco by the Ministry of Foreign Affairs.

Raupp left INPE in 1989, after disagreements involving the Data Collection Satellite 1 (SCD-1), which would be launched four years later. In 1990, he took over the position of director of the newly created Polytechnic Institute of Rio de Janeiro at the Rio de Janeiro State University (UERJ). He returned to São Paulo in 1994, after earning a full professorship at the University of São Paulo (USP), where he became an associate professor at the Institute of Mathematics and Statistics. In 2001, he became director of the National Laboratory for Scientific Computing (LNCC).” Raupp had already helped establish the LNCC in the 1980s and bring applied mathematics to Brazil,” shares Ana Tereza de Vasconcelos, a researcher at the LNCC Bioinformatics Laboratory. “As director of the institution, he worked to bring together researchers from different branches of physics and mathematics around applied research.”

The mathematician was also known for being a strong proponent of building bridges between the productive and academic sectors––he helped found the São José dos Campos Technology Park (PqTec), of which he was director-general from 2006 to 2011, acting decisively in the implementation of innovative projects. “Despite his strong presence in the public sphere, Raupp had always been very sensitive to the needs of the private sector and especially to the importance of bringing it closer to education and research institutions,” adds Souza. Raupp became president of SBPC at the same time he was director of PqTec. “He was very politically savvy and always managed to remain strategic when it came to some of the nation’s leading research institutions, acting as a great public entrepreneur.”

Neuroscientist Luiz Eugênio Mello, scientific director of FAPESP, can attest to Raupp’s ability to create avenues of communication. “I consider him, alongside other colleagues, a key player in the establishment of the UNIFESP campus in São José dos Campos. We went to the Ministry of Education together and, thanks to an endorsement by Raupp, who was in charge of PqTec at the time, we got eight professor posts approved at our first meeting with then director of SESU, Nelson Maculan,” recalls Mello—who was, at this time, associate dean of the undergraduate program at UNIFESP. “He naturally became a leader in the institutions where he worked, perhaps because he managed to infect his colleagues with this desire to transform Brazil into a ST&I hub,” shares Vasconcelos. “He used to think a lot about the future of the institutions, always looking to improve them.”

In 2011, Raupp left SBPC to become president of AEB, where he was able to use his experience in space policy and technology. He was also part of the Board of Directors of Alcântara Cyclone Space, a Brazilian-Ukrainian binational public company established in 2006 and shut down in 2018. In 2011, Raupp was invited by then president Dilma Rousseff to take over the MCT in place of Aloizio Mercadante. “It was a matter of time before he was named minister,” says Ana Tereza de Vasconcelos. During his time as minister, Raupp was involved in the formulation of initiatives to promote the development of ST&I in businesses. One example of this is the founding of the Brazilian Company of Research and Industrial Innovation (EMBRAPII).

He also helped implement the Geostationary Defense and Strategic Communications Satellite, which provided broadband internet access in remote regions of Brazil and helped ensure more secure communications for the federal government. “He was a great presence in the National Congress, promoting direct and transparent dialogue with congressmen about the importance of this area for the country, which was key when voting on the budget,” adds Luiz Elias, executive secretary of the ministry when Raupp was responsible for the portfolio.

“Raupp was a permanent figure in Brazil’s science, technology and innovation scene over the past 35 years,” says Marco Antonio Zago, president of FAPESP. “In the numerous institutions he led, he was always focused on finding solutions to major problems. As director of INPE, he strengthened our autonomy in manufacturing and testing satellites and was the leader behind the establishment of PqTec—a benchmark for this type of organization in Brazil.”

Raupp is survived by his wife, Elisabeth Alves Mendonça, seven children (he also had one deceased daughter), and 13 grandchildren.