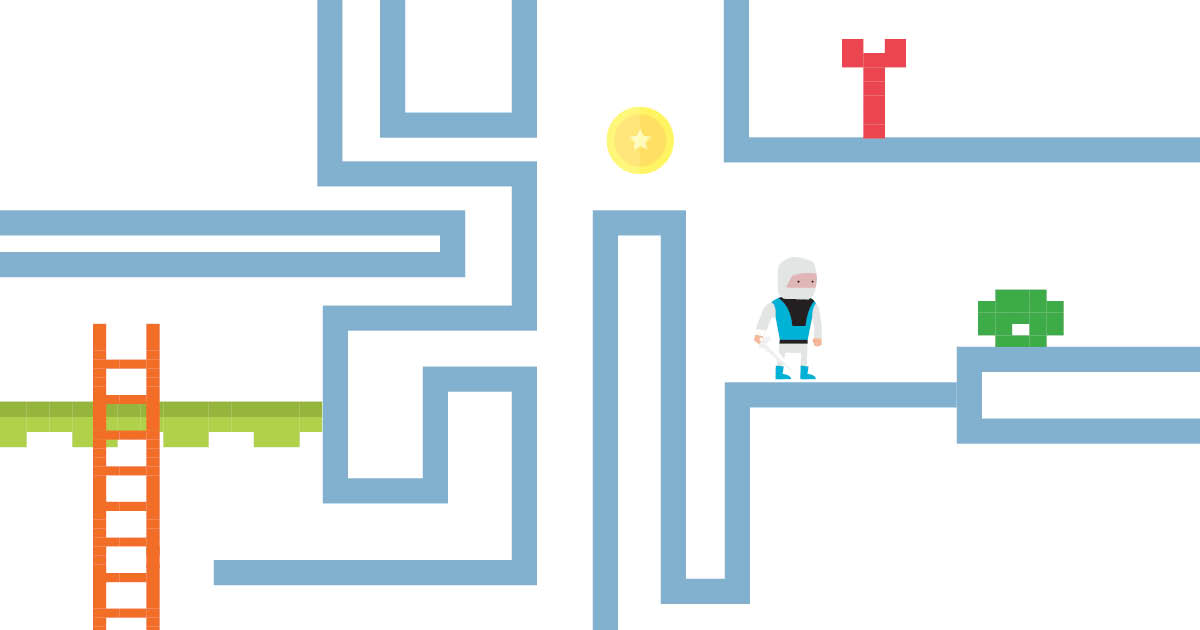 In the early 1960s, students led by Steve Russell at the Massachusetts Institute of Technology (MIT), USA, developed a distraction for their spare time: a space battle game that ran on a transistor computer. It was one of the world’s first video games, an accolade disputed by a tennis game created in a New York military lab by physicist William Higinbotham in 1958, to be displayed on an oscilloscope—an instrument used to measure electronic signals and process them on an analog computer. Six decades later, video games have been adapted to many types and sizes of computers, including tablets and smartphones. They are played by 2.3 billion people worldwide, according to the 2017 Global Games Market Report, and are now regularly the subject of scientific research. As well as assessing the impact of their use—according to a recent classification by the World Health Organization (WHO), excess use can be considered a mental disorder (see box on page 86)—researchers from different fields of knowledge are discovering new applications for video games.

This is the case for Fabio Ota, who has an MBA in strategic IT management from the Getulio Vargas Foundation (FGV-SP), a diploma in gamification from the University of Pennsylvania, USA, and is CEO of the International School of Game (ISGAME), which offers games development courses in São Paulo. After organizing a course at the University of Campinas (UNICAMP) for over 50s interested in preventing the adverse conditions that often accompany human aging, Ota created a project with the objective of improving cognitive function in the elderly by teaching them to develop video games, which was supported by the FAPESP Technological Innovation in Small Businesses (PIPE) program.

The volunteers were then divided into three groups: players (14 participants), developers (45 participants), and a control group (15 participants). Between August and December 2016, those in the first two groups took games development classes, while the control group received digital inclusion lessons. The students’ mission was to create a simple, two-dimensional game. The PIPE project lasted nine months and involved special software that enabled the participants to develop games without having to write computer code. Each class consisted of a physical warm-up followed by 70 minutes of programming and a stretching session at the end. In the third month of classes, the volunteers were submitted to another round of tests, which were also repeated one week after conclusion of the course.

At the end of the experiment, the results of the three phases were compared. Ota found that the developers group achieved the best performance, followed by the players. The study showed that the games development classes improved memory and cognition. The control group showed no change, suggesting that computer use alone is not enough to improve these traits. “In developing the game, the elderly performed activities that they previously thought impossible, and they were even able to share the experience with their grandchildren, creating new bonds with the younger generation,” explains Ota. As well as developing a teaching methodology for the elderly, which has led to a number of courses aimed at improving cognition, memory, and concentration, the research also helped validate a video game created by ISGAME for use in one of the classes.

Long associated with sedentary habits, computer games also attract researchers interested in understanding their potential for stimulating physical activity. Mateus David Finco, a professor at the Federal University of Paraíba (UFPB), studied exergames—which track the real movements of the player’s body and translate them into the virtual universe on the screen—during his PhD in informatics in education at the Federal University of Rio Grande do Sul (UFRGS). Exergames are played on consoles and often use a peripheral platform on which the player stands during yoga or aerobics exercises, for example. More advanced versions use a camera and infrared tracking to capture movement.

Five years ago, when Finco decided to create an exergames laboratory in partnership with a college in Porto Alegre, he realized that by switching the joystick for motion capture, the industry was developing a new form of interaction. And like tablets and cell phones, it had potential as a new educational tool. “The idea was to investigate how they could help engage students who do not generally enjoy physical activity,” says Finco.

In Finco’s study, each of the 24 volunteers, aged 11 to 17, was allowed to use the equipment for 50 minutes three times a week over six months, and was filmed doing so. The goal was to record the participants’ development, their social interactions, and how they used the equipment. By analyzing the videos, Finco found that the device served as a motivational resource, increasing interaction between students and improving motor skills. “The project showed that an exergames laboratory can offer an alternative to regular physical education classes,” summarizes Finco, who believes they could also be useful for students with motor, physical, and mental disabilities.

Despite being studied in various areas of the humanities, video games are rarely used as language in academia. “My supervisees have developed projects in which they use video games as a support tool, but it is still not common for examining bodies to accept forms other than the written word,” says Bairon, noting that it already happens outside Brazil. He believes that this form of language could be a way of democratizing academic production. “I believe we could use this to transform a lot of scientific content into teaching material for schools, for example.”

Preliminary data from the 2nd Census by the Brazilian Digital Games Industry, released at the end of June by the Ministry of Culture, indicates that 1,718 games have been produced in Brazil in the last two years—874 of which were educational and 785 for entertainment. In the last five years, the number of games development studios in Brazil has increased from 142 to 375.

Those who suffer from gaming disorder spend hours immersed in video games, unable to work, study, or even socialize. The disorder was added to the WHO International Classification of Diseases (ICD-11) in June. It was also added to the American Psychiatric Association’s Manual of Mental Disorders (DSM-5) in October last year. According to the DSM, it can be recognized as a disorder when symptoms manifest themselves for a year or more. Depending on the intensity, the disorder can be classified as low, moderate, or severe. In general, it affects children and young adults from 12 to 20 years of age. Gaming disorder still needs to be studied further. Recognizing the disorder was necessary to enable advances in knowledge on the subject, explains psychologist Cristiano Nabuco, coordinator of the Technology Dependency Group of the Impulse Disorders Program at the USP Institute of Psychiatry. The USP School of Medicine’s teaching university in São Paulo has had a gaming addiction clinic since 1996. Over the last 10 years it has treated 400 patients. Diagnoses are based partly on international tests, such as the Gaming Addiction Scale, which looks at 21 aspects of the patient’s daily routine. Once the disorder is confirmed, patients are put into groups of 12 and undergo psychotherapy together for 18 weeks. When necessary, they are prescribed medication. “Games are just a small part of the addiction problems created by the internet,” Nabuco says. When the internet became available on cell phones, he notes, social media and gaming addictions exploded. “I had a young patient who spent 55 straight hours in front of the computer, without even going to the bathroom.”

Salah H. Khaled Jr., a doctor of criminal science and a professor at the Federal University of Rio Grande (FURG) Law School, believes the WHO classification is misleading, partly because the comparison with gambling and drugs is tenuous, since video games are cultural products. For him, officially defining gaming disorder is a case of “pathologizing” games. “The supposed ‘addiction’ may be a symptom of another condition, such as anxiety or depression, for example. The emphasis on this symptom can leave a bigger problem untreated,” he says. “The pharmaceutical industry is behind the creation of several ‘disorders’ treated by psychiatrists and psychologists. These classifications result from historical debates, and they do not reflect absolute truths,” observes Khaled, author of Videogame e violência: Cruzadas morais contra os jogos eletrônicos no Brasil e no mundo (Video games and violence: Moral crusades against video games in Brazil and worldwide). “Similarly, there is no concrete evidence that games provoke violence,” he says, having reviewed the literature on the subject.