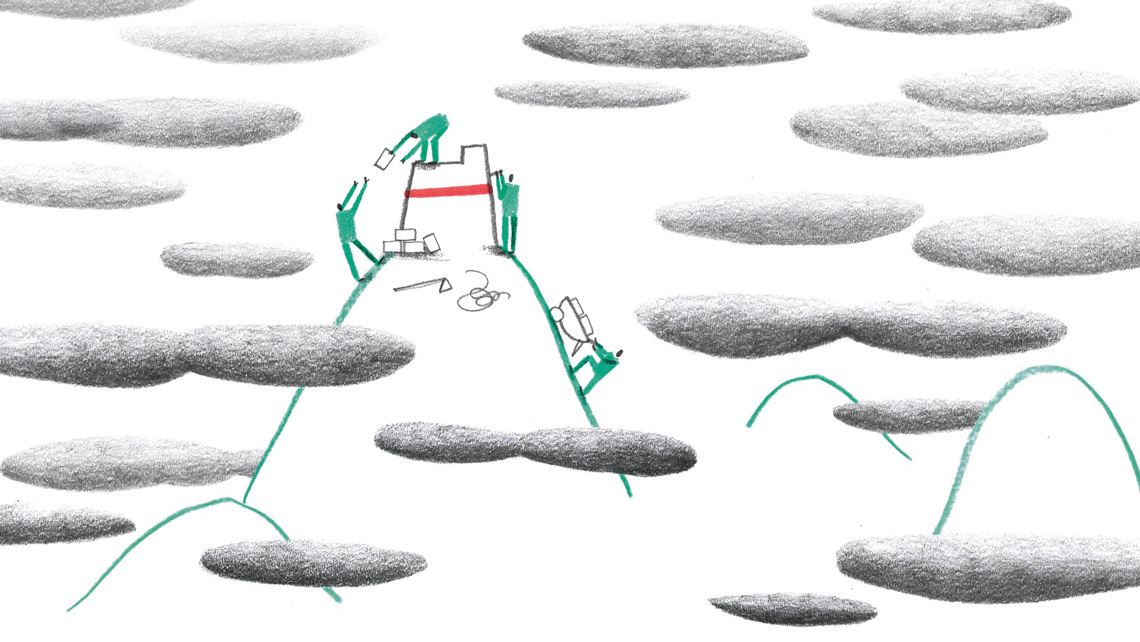 The use of scientific knowledge in public decision-making is seen by experts as fundamental to a country’s social and economic development. In addition to research agencies that conduct studies to help shape opinions in many sectors, there are also scientists on teams in the executive, legislative, and judiciary branches, participating in the formulation, review, and implementation of laws and public policies.

“Decisions made based on scientific evidence tend to be more efficient and assertive, providing long-term benefits,” says Amâncio Jorge de Oliveira, executive coordinator of the School of Scientific Diplomacy and Innovation (InnScid-SP) and a professor at the Institute of International Relations (IRI) at the University of São Paulo (USP). As well as highlighting the growing role that scientific diplomacy has played in recent years, Oliveira notes that there are two main ways researchers participate in politics: the institutional route, through scientists working with governments as part of policy and decision-making structures, and a more informal route, through the establishment of temporary committees for specific events or emergency situations. “Brazil and the other countries in Latin America have a tradition of forming temporary committees, which despite being important, have less of an impact than those that are part of the administration’s permanent structure,” says Oliveira. The latter approach has proven effective in the battle against the COVID-19 pandemic. “The USA and many countries in Europe have had scientists on their government staff for a long time, making it faster and easier to create new protocols,” he adds.

Involving scientists in the creation and revision of public policies can be decisive to resolving complex issues dealt with by different levels of government. “Society can be represented by a triangle, where one corner is the population pointing out problems that need to be solved, the second is scientists looking for solutions to these problems, and the third is politicians producing public policies,” explains Marcos Buckeridge, from the Institute of Biosciences (IB) at USP and head of the university’s Global Cities Program.

Buckeridge was a member of the organizing committee of a scientific advisory workshop for governments held in 2018 by the USP’s Institute for Advanced Studies (IEA). The event brought together public policy makers, decision makers, research institutions, scientific societies, and researchers from various fields, and offered a platform to discuss scientific advisory models, as well as the skills needed to work on the interface between science and politics. “The workshop highlighted the importance of efforts to formalize the professional situation of scientists working with the government,” he says. “Since 2016, Global Cities has been consulting regularly with governments on environmental and urban issues considered urgent for the development of cities.”

What does a government advisor do?
1. Advises on, drafts, and reviews documents, including official letters and correspondence
2. Composes public statements
3. Researches topics associated with the government mandate
4. Monitors the activities of other legislative houses and published works related to the mandate
5. Helps draft new laws

Government advice
Hired by the Campinas Municipal Government as a legislative advisor in 2013, geographer Rogério Bezerra da Silva used the knowledge he acquired during his master’s and PhD at the University of Campinas (UNICAMP) on topics such as digital inclusion, the right to the city, and environmental issues. “During my graduate studies, I analyzed the public policy making process at the Campinas Technology Park and the relationship between the research community and the government in decision-making on science and technology policy,” explains the researcher, who has been part of the Innovation Policy Analysis Group (GAPI) at UNICAMP’s Department of Scientific and Technological Policy since 2006.

While the experience of working as a government advisor built upon the knowledge Silva obtained at university, his background as a scientist ensured that he was able to contribute to the policies under discussion. “Over the course of eight years, I had the opportunity not only to observe the decision-making process, but to actively contribute. For me, the experience demonstrated the importance of collaborating with scientists when developing proposals in politics,” he says. As a result of his involvement, Silva founded the Movement for Public Science and Technology in 2015, with the objective of discussing the links between scientific and technological innovation and development in Brazil.

The bridge between science and politics is important to the debate about the role of scientific knowledge at crucial moments in time, like now, during the pandemic. “Crisis situations of this magnitude are concrete evidence that science needs to take a more central role in political decisions,” says Fernando Luiz Abrucio, head of education at the Center for Public Administration and Government Studies at the Getulio Vargas Foundation (FGVCEAPG). In emphasizing the importance of government agencies such as the Brazilian National Institute for Educational Studies and Research (INEP) and the Chico Mendes Institute for Biodiversity Conservation (ICMBIO), the political scientist reinforces the role of organizations that help to indicate the optimal paths to take, such as the Brazilian Society for the Advancement of Science (SBPC). “The participation of scientists in government is important even to determining the country’s scientific policy,” he says. 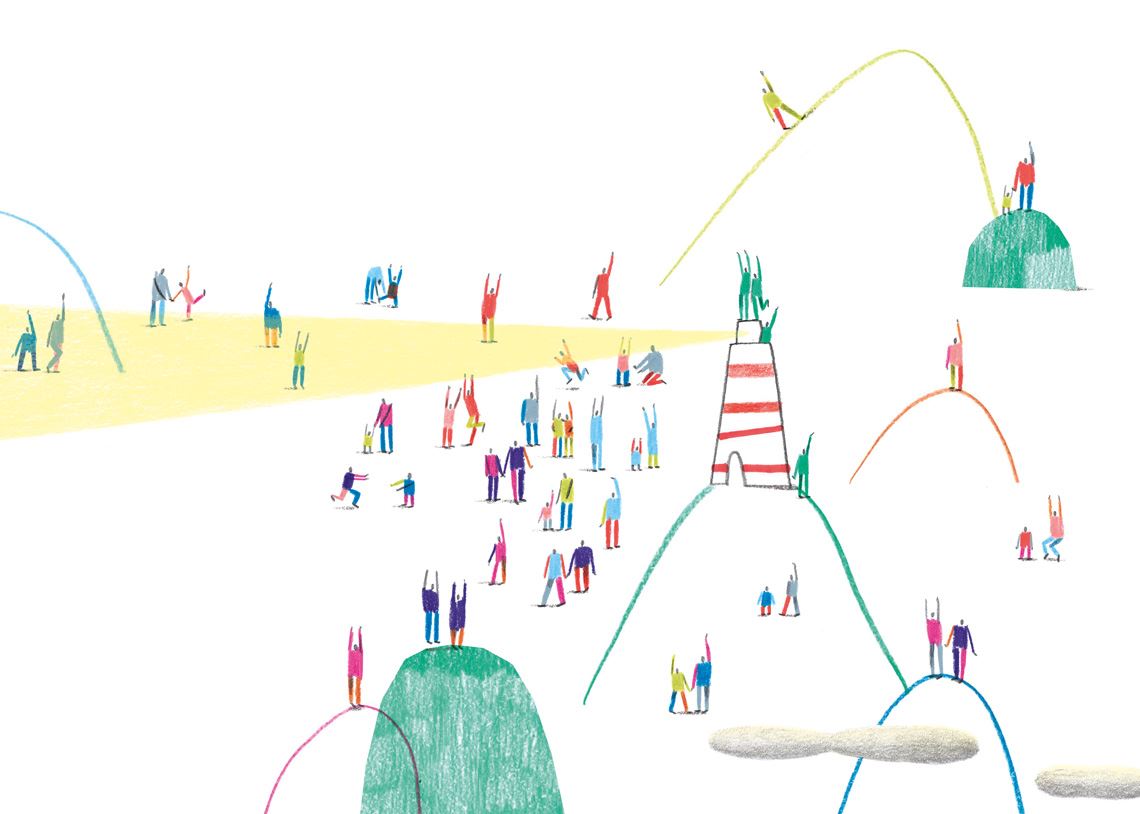 With a PhD in political philosophy from the Federal University of Paraná (UFPR), Rodrigo Ponce never considered the possibility of working as government advisor until 2018, when he was invited to be part of a councilor’s team in Curitiba. “For me it was a difficult decision, because I had spent years preparing to work in teaching and research at the university, and politics was a completely new path,” says Ponce, who continues to advise the same politician, now in the state’s legislative assembly. Despite not directly using the topics of his own academic research, Ponce has no doubt about the importance of scientific knowledge to the performance of his role.

Ponce is head of the office’s legal team, and his primarily involves coordinating with other politicians and their advisors, as well as reviewing and analyzing bills. “Even though I didn’t study law, my academic background enables me to interpret laws in a historical, social, and economic context,” he says. This includes determining the legal routes to be taken on essential topics of the mandate, such as the environment, urban mobility, housing, and human rights. “It is an intense job, which requires you to follow issues related to politics.”

Although he considers his experience as a government advisor to be positive, Ponce stresses that in politics, not all decisions based on scientific knowledge are approved. As an advisor, he also consults with universities, researchers, and expert committees in search of technical opinions and publications on a range of subjects. Despite much of this data offering solid support for decision-making, it is not uncommon for them to be disregarded at decisive moments. “You have to remember that politics is all about dispute and conflict, and arguments are not always based on logic,” he concludes.