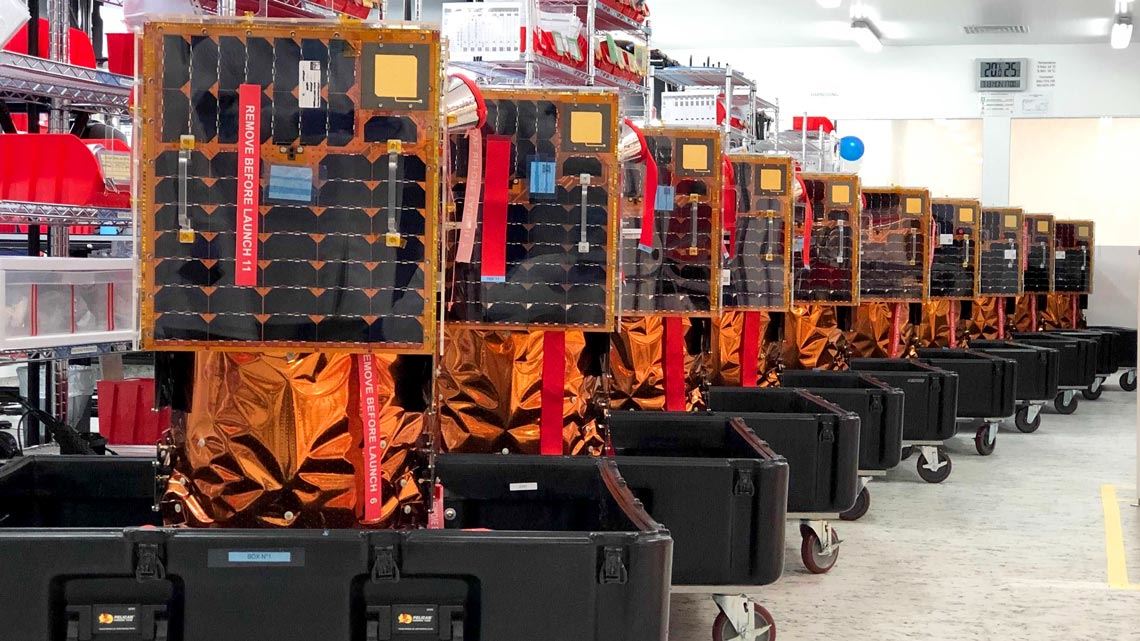 Satellites by Argentine company Satellogic, which received investment from the Pitanga fund

2021 begins with good news for Brazilian and South American entrepreneurial scientists developing radical innovation projects. The managers of Fundo Pitanga, one of the few investment funds on the continent aiming to support disruptive ventures, has announced a second investment cycle. The new fund, called Pitanga Redux, began selecting companies in June 2020. So far, more than 200 projects have been analyzed and the fund is still receiving proposals. The total amount to be invested will depend on the selected projects. “We are flexible in terms of area of knowledge or sector, but strict in the assessment of the proposals,” says fund manager Gabriel Perez. “We only support technologically ambitious projects, developed by scientists, with significant market potential.”

According to the executive, Pitanga Redux does not have a predetermined target for the number of businesses to support or a set amount to be invested per company. Nor does it have a pre-established deadline or target for divestment (the sale of its stake in the funded company, when the investor receives dividends on the invested capital). “We operate with freedom, which allow us to be rigorous when selecting projects and at the same time flexible in accommodating longer business cycles, usually necessary for companies developing new technologies,” says Perez.

Pitanga Redux is a venture capital fund, an investment modality that consists of purchasing shares, bonds, or debentures in small, innovative, private companies in their early stages. For the investor, it is an opportunity to profit from the development and growth of a business. For the entrepreneur, it offers a way of obtaining funding without resorting to bank loans.

One characteristic of venture capital funds is that they help companies develop proper management practices and corporate governance structures. According to Perez, this is particularly important for companies started by scientists, who generally have little experience in business management.

“We often work together on a business plan, helping entrepreneurs create realistic targets and budgets,” says biologist Fernando Reinach, creator of Fundo Pitanga and advisor at Pitanga Redux. The scientist was one of the coordinators of the project that sequenced the genome of the bacterium Xylella fastidiosa, a pathogen that commonly affects orange trees in Brazil.

Satellite network
The original Pitanga fund was created in 2011 under Reinach’s leadership and raised R$115 million from a group of nine Brazilian entrepreneurs, including Pedro Moreira Salles, a controlling shareholder at Itaú Unibanco; Cândido Bracher, CEO of Itaú Unibanco; Fernão Bracher, former CEO of the Central Bank; Natura partners Luiz Seabra, Guilherme Leal, and Pedro Passos; and Eduardo Vassimon, chairman of Votorantim. Pitanga Redux is a second iteration involving six of the nine original investors and four new names. It is a closed-end fund, meaning shares cannot be bought or sold before it is closed.

The original Pitanga fund analyzed more than 2,000 projects and only three were selected, which received 100% of the money raised. “Now, with Pitanga Redux, we hope to invest in more companies. We believe the Brazilian and South American science-based tech ecosystem is maturing and the number of good entrepreneurial scientists with high-quality projects is increasing,” says Perez. “There is no limit to how many projects we fund, but our evaluation criteria are strict. We look for projects that are based on new scientific discoveries or radically innovative technologies, ideally patentable, with great market potential, preferably global. The biggest limiting factor comes down to how many projects actually meet these criteria.” 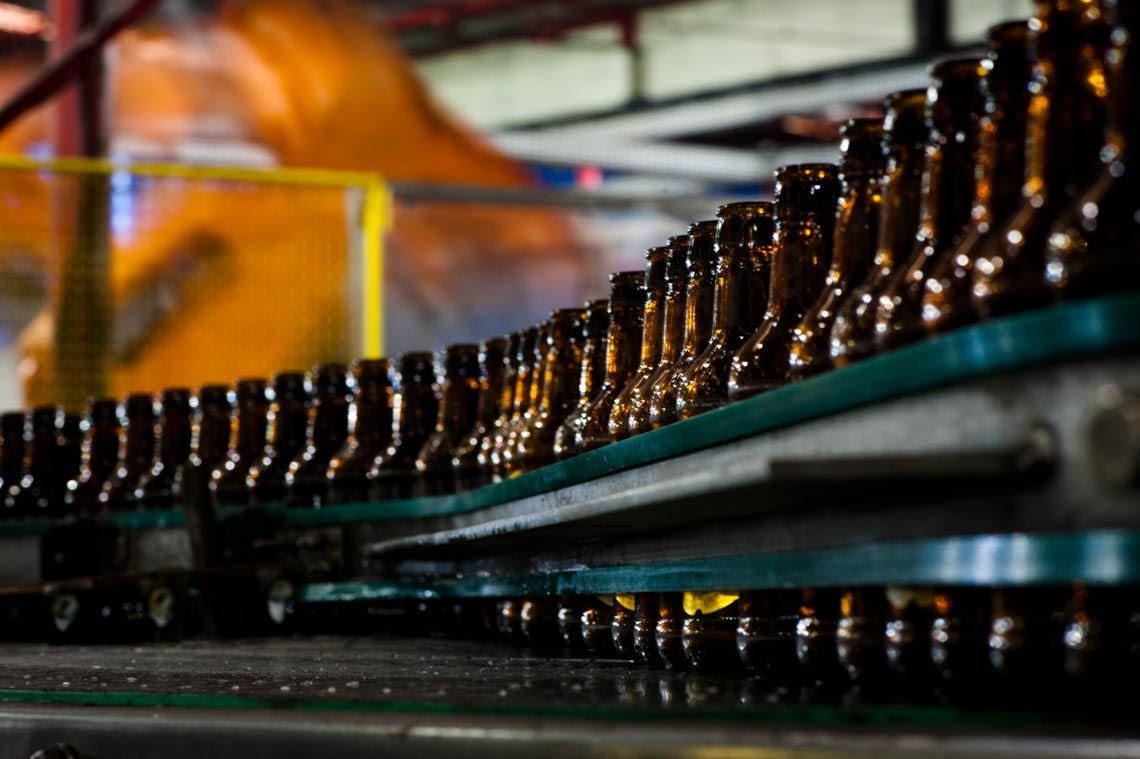 One company selected by Pitanga was Collokia, a Uruguayan startup attempting to use artificial intelligence for collaboration and information exchanges between coworkers, but the venture did not succeed. Another was the Brazilian startup I.Systems, founded by computer engineers educated at the University of Campinas (UNICAMP) and specialized in artificial intelligence solutions for industrial processes. The company has also received funding from FAPESP’s Research for Innovation in Small Businesses program (RISB, or PIPE in the Portuguese acronym) (see Pesquisa FAPESP issue no. 211). Pitanga’s stake in the company was acquired by beverage manufacturer Ambev. The amount of profit made was not reported.

The third startup chosen was Satellogic, an Argentine company specializing in high-definition satellite images that has recently entered the commercial phase. Founded by two Argentine mathematicians, Emiliano Kargieman and Gerardo Richarte, Satellogic is building a constellation of small high-resolution Earth observation satellites capable of taking up-to-date images of any location on Earth every five minutes. “It is an innovation that can have a major impact on management of the planet’s resources related to agriculture, energy generation, and environmental conservation,” says Perez.

Satellogic has developed and patented a number of technologies, such as an image stabilization system that allows a satellite with a small telescope to take multispectral images of Earth at resolutions of 70 centimeters to 1 meter. The startup also designs, manufactures, and integrates its own components, unlike its competitors, which usually use off-the-shelf parts  (purchased from specialist suppliers). “Combining these two elements, Satellogic satellites can match the performance of a large satellite at a cost 100 times lower” says Perez.

“In the short term, lower costs will allow the startup to capture a significant portion of the current Earth observation market. In the mid-long run, it will enable Satellogic to expand the constellation to hundreds of satellites that can be used to create a database of images of Earth updated in real time, something that does not yet exist and would enable the creation of new, much bigger markets,” predicts the executive. “It will be like a real-time Google Earth.”

Besides Fundo Pitanga, Satellogic has received investment from the Chinese internet services company Tencent, Valor Capital Group, CrunchFund, and the Inter-American Development Bank (IDB). In November 2020, the Argentine startup launched 10 satellites, taking the total number it has in orbit to 21. And it recently signed its first contract with Chinese data science company ABDAS to monitor agricultural activity in China’s Henan province. “Satellogic is an ambitious company with a great potential for return on our investment. At Pitanga Redux, we are looking to invest in companies similar to Satellogic,” says Perez.

Robust technologies
According to a survey carried out by consultancy KPMG for the Brazilian Association of Private Equity and Venture Capital (ABVCAP), venture capital investments in Brazil totaled R$10.2 billion in 2019. In the first half of 2020, the total was R$ 5.7 billion. Private equity investments, aimed at more mature companies, came to R$12.8 billion in 2019 and R$ 4.5 billion in the first half of last year.

Companies receiving venture capital investment in Brazil are predominantly startups developing websites and digital technologies aimed at modernizing traditional business processes. Pitanga Redux, on the other hand, is exclusively for startups classified as deep tech, that develop technology solutions based on new scientific discoveries or highly innovative technologies, which usually lead to new patents. “The technological risk is greater. But the return, when you get it right, is very high,” sums up Reinach.

According to production engineer Eduardo Zancul, from the Polytechnic School at the University of São Paulo (POLI-USP) and a member of FAPESP’s adjunct panel for innovation research, a country’s innovation ecosystem benefits greatly when private capital is available to support scientists developing radical innovations. “These are often projects that can generate great results for society, but that do not always have the funding they need for development,” he emphasizes. “Hence the importance of venture capital funds willing to take greater risks and invest in radical innovation.”