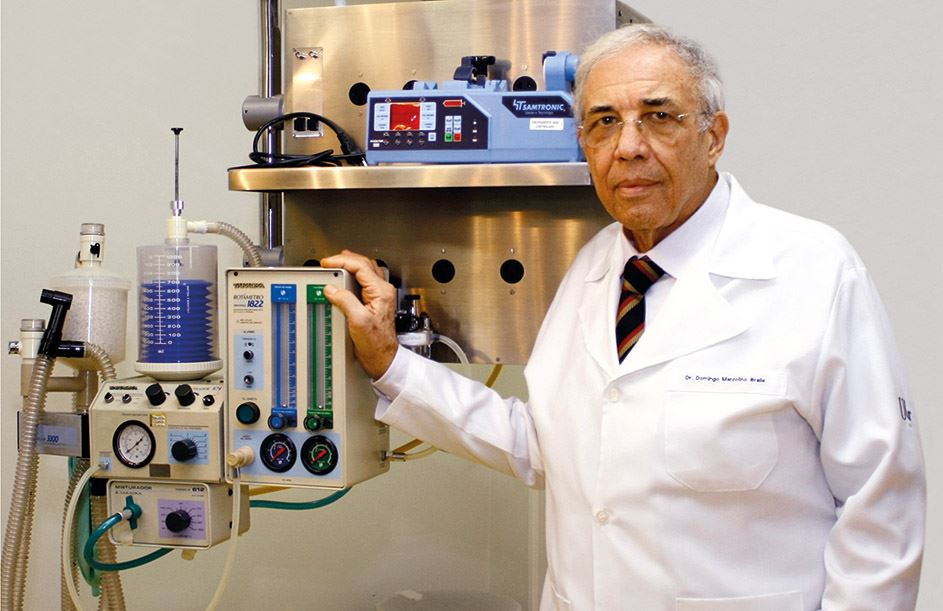 Braile at his company, Braile Biomédica

Domingo Marcolino Braile’s accomplishments in cardiology, medical devices, academic research, and aviation were as remarkable as they were diverse. The physician, researcher and businessman died of pneumonia on March 22, at age 81, in his hometown of São José do Rio Preto, São Paulo, southeastern Brazil.

“Braile had a rare ability to reconcile business with academia, and was highly respected in both,” says biochemist Walter Colli of the Institute of Chemistry at the University of São Paulo (USP), one of his classmates in 1962 at USP’s School of Medicine (FM). “He is credited for introducing heart surgery in small-town São Paulo after studying under Euryclides Zerbini [1912–1993].”

Born in Nova Aliança, São Paulo, Braile grew up in Rio Preto where he initially took an interest in mechanics and engines, but was persuaded to attend medical school by his father, Lino Braile, an Italian doctor who immigrated to Brazil (see Pesquisa FAPESP issue no. 176). In 1957, he enrolled at FM-USP and soon joined a team tasked with setting up an experimental laboratory at Zerbini’s Heart Surgery Service, where the eminent surgeon would perform the first heart transplant in Latin America in 1968. Braile was also a member of the heart valve and device experimentation team in the Department of Surgical Techniques and Experimental Surgery.

The young surgeon returned to São José do Rio Preto in 1963, where he completed residency at Casa de Saúde Santa Helena in 1965, and later created the Heart Surgery Service. There, he performed the first open-heart surgery using cardiopulmonary bypass outside the state capital. Braile set up 21 similar services at small-town hospitals in São Paulo State.

In 1977 he founded IMC Biomédica, a company later renamed Braile Biomédica. The firm initially produced biological heart valves, and now has 35 patents issued and pending for products it developed. “Braile Biomédica has produced cardiopulmonary bypass machines, oxygenators, artificial heart valves, aortic stents, and catheter valves, with recent developments incorporating very advanced technology,” says heart surgeon Enio Buffolo of the Federal University of São Paulo (UNIFESP). Pathologist Paulo Saldiva of FM-USP recalls how he approached Braile five years ago for assistance on a minimally invasive autopsy project he was heading. “He was very generous in helping us on the project. Men like him and Adib Jatene [1929–2014] were remarkable for their ability to combine surgical skill with invention.”

In Rio Preto, Braile cofounded the School of Medicine (FAMERP) in 1968. He received his doctoral degree in 1990 at UNIFESP, and lectured in graduate programs at FAMERP, the School of Medicine of Catanduva, and the School of Medical Sciences at the University of Campinas (UNICAMP). Waldir Antonio Tognola, a classmate from 1962, taught neurology at FAMERP on invitation from Braile. “Domingo was one of the great names of our generation,” says Tognola, now an emeritus professor at FAMERP. “He published several seminal papers in the field of heart biology.” Braile wrote around 450 scientific articles and 25 book chapters. In 1955 he took up flying and gliding, which would become a lifelong hobby.