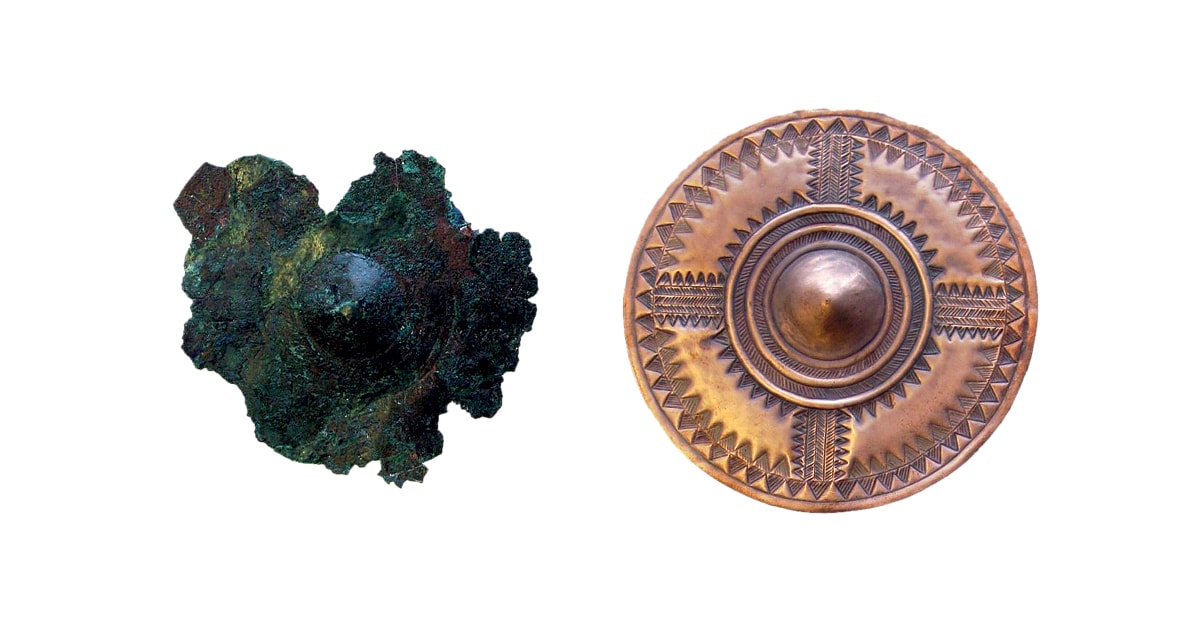 Copper ornament (original, left, and recreated, right) found with the remains of a woman at the archaeological site in Augsburg

Analysis of remains and grave goods found in cemeteries near the city of Augsburg in southern Germany suggests that social inequality is an older phenomenon than previously thought. Using radiocarbon dating, researchers at the Ludwig Maximilian University of Munich (LMU) and the Max Planck Institute for the History of Science, both in Germany, found that the remains belonged to Bronze Age farmers who lived in the region between 4,000 and 2,800 years ago. The researchers identified four to five family generations. Objects found alongside the early farmers suggest that they were members of a high social strata of the Bell Beaker culture (Science, October 10). The male children had a high social status: they were buried with bronze and copper daggers, axes, and chisels. The graves of these families also contained individuals of low social status, probably slaves, with no possessions and a different ancestry on the paternal side. The men of high society married women from other regions. Adult women from rich families were not buried there, possibly because they were sent to other areas to marry. The only local women were poor women or girls from wealthy families who died young.