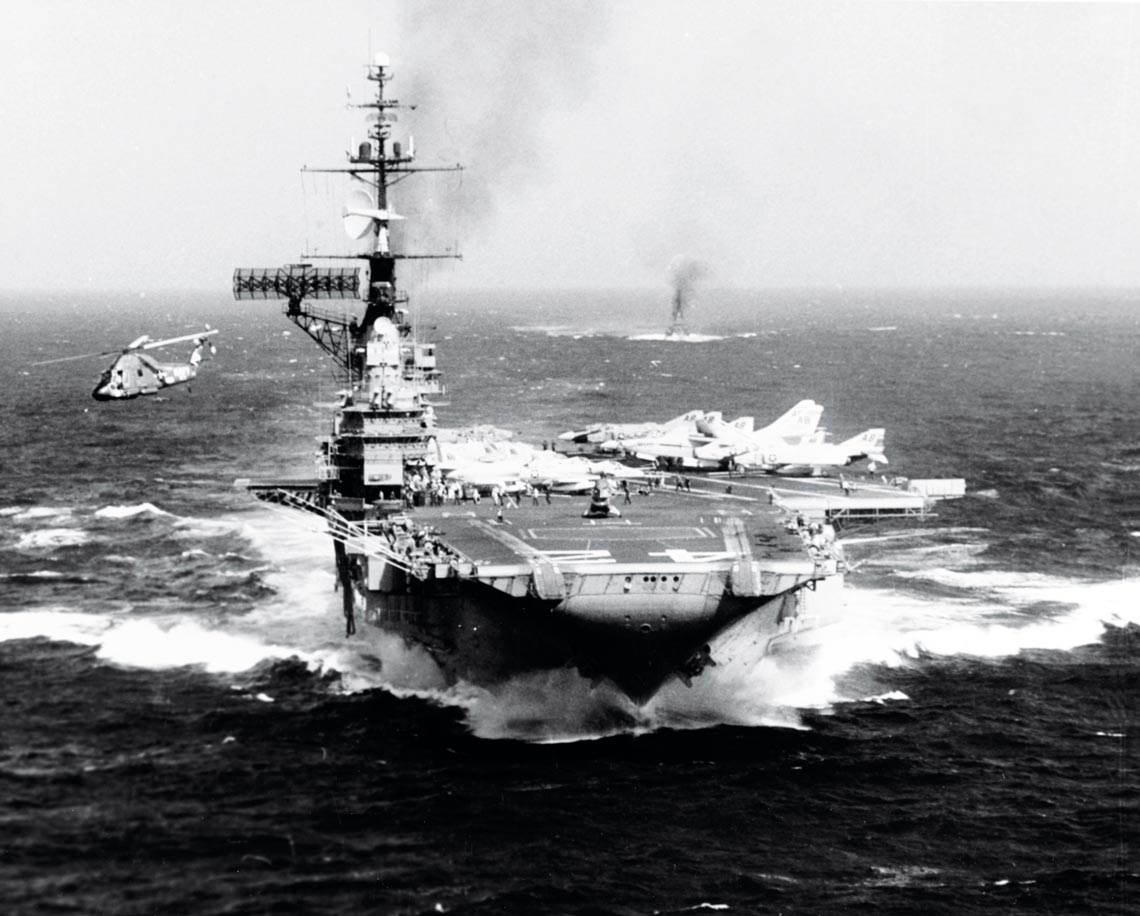 The USS Franklin D. Roosevelt near Vietnam in 1966

A strong solar storm in 1972 is now believed the most likely cause of the sudden detonation of dozens of naval mines during the Vietnam War (1955–1975). According to a study led by Delores Knipp, from the University of Colorado Boulder, USA, the intense solar activity produced radiation, solar plasma, and electrically charged particles (Space Weather, October 2018), which reached Earth on August 4, 1972, damaging satellites and causing energy problems. Auroras caused by charged particles from the Sun interacting with Earth’s upper atmosphere were visible in the northern US and southern UK. On the same day, the US Navy noted that dozens of sea mines along the coast of Vietnam had exploded for no apparent reason. Used to block access to Vietnamese ports, the mines were designed to be triggered by changes in magnetic fields caused by ships moving nearby. Solar activity changes Earth’s magnetic field, and in early August 1972 the disturbances were probably intense enough to set off the mines.