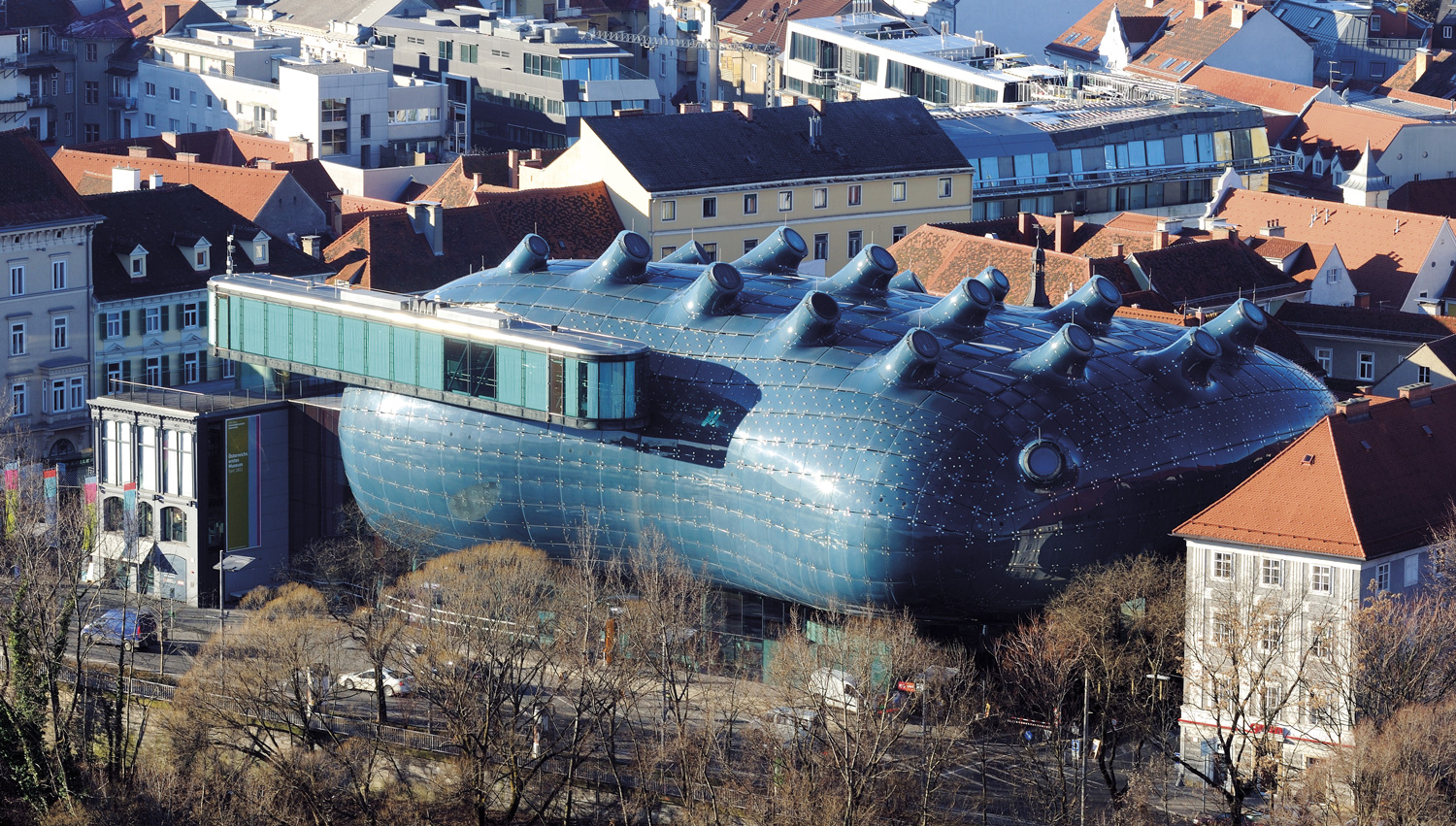 The museum of modern art in Graz, Austria, also known as "the friendly alien" because of its unusual shape

Researchers at the Technical University of Munich, Germany, found that the construction of large architectural projects has a limited impact on the economic and social development of small and medium-sized cities. The group, led by Nadia Alaily-Mattar and linked to the University’s Institute of Urban Development, wanted to assess to what extent cities have managed to reproduce the “Bilbao effect,” named after the industrial Spanish city that was revitalized by the 1997 inauguration of a Guggenheim Museum, designed by famous architect Frank Gehry. The researchers analyzed three cities that have built high-profile architectural projects over the past 20 years and found that none of their economies had improved as a result. Although there was an increase in tourism and cultural programs, there was no perceptible influence on the generation of jobs (Journal of Urban Design, December 11, 2017). The study looked at the Austrian city of Graz and its modern art museum, which was designed by English architect Peter Cook and resembles an elongated soap bubble; the culture and congress center in Lucerne, Switzerland, which consists of three buildings separated by canals, designed by French architect Jean Nouvel; and Wolfsburg, Germany, with the Phaeno science center, a futuristic design by Iranian architect Zaha Hadid. While the economic impact was limited, the buildings have had a measurable urban impact, integrating disconnected districts and shifting spatial relationships in the cities, Nadia Alaily-Mattar said, as reported by Eurekalert news.