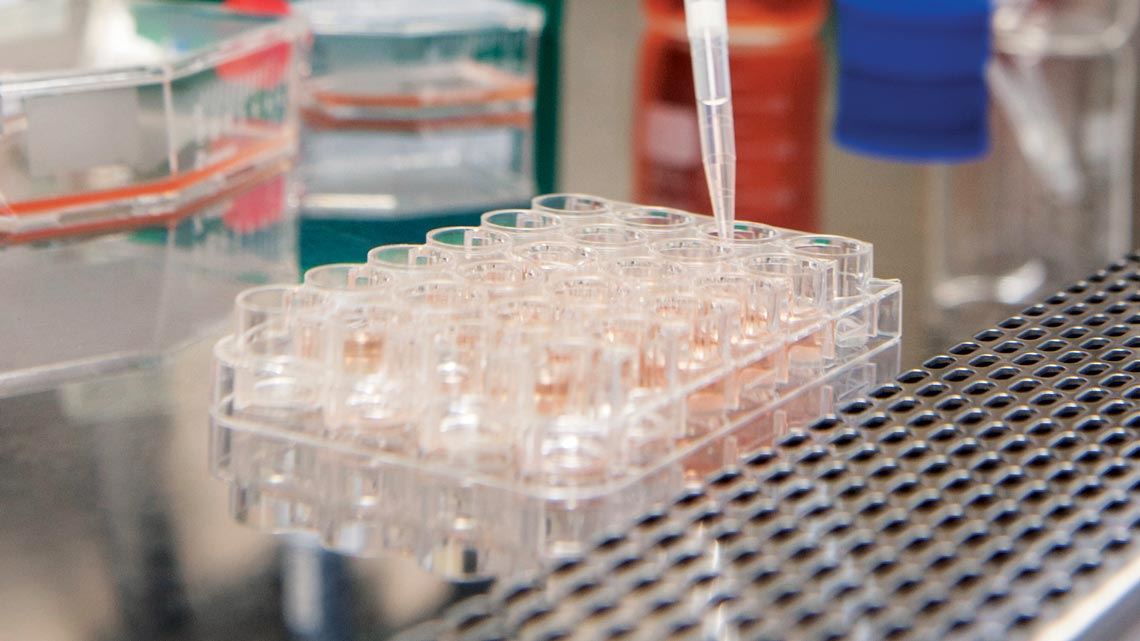 The difficult process of importing reagents, cells, animal models, and other research supplies is one of several obstacles to science and technology (S&T) activities in Brazil. With no large manufacturers to purchase them from in the country, virtually all supplies are sourced from overseas. But imported products are expensive and often slow to arrive, making Brazilian science efforts less competitive as a result. To fill this gap, small manufacturers are seeking to establish themselves in a local market constrained by curtailed S&T investment, high taxes, and complex bureaucracy.

One example is Cellco Biotec, a startup founded in early 2015 in São Carlos, São Paulo State, southeastern Brazil. Founding partner Maria Amélia Dotta says the idea to start the company came when she realized how difficult it was to get basic ingredients for her research. “During my doctoral research in molecular biology at the São Carlos Institute of Physics at the University of São Paulo [IFSC-USP], my colleagues and I had to import all our reagents, but because they took so long to arrive we would produce our own reagents in small quantities for our laboratory activities whenever possible,” she says.

In 2011, after she completed her PhD, Dotta joined pharmaceutical company EMS while one of her colleagues at IFSC-USP, biologist Fernanda Costa, started a postdoctoral internship at the National Biosciences Laboratory (LNBio) in Campinas. “The two of us spent a while discussing how we could create a company to produce supplies for biotechnology research, but we never made progress because we lacked experience,” recounts Dotta. The opportunity came in 2014 when Costa went to Germany for an internship at Jena Bioscience, a leading manufacturer of reagents for life science research laboratories. There, she met the company’s executive director, Mathias Grün, who showed interest in investing in this segment in Brazil. Costa and Dotta put together a business plan and presented it to Grün. One year later they had founded Cellco, with Jena and another colleague as shareholders. They set up the company at the São Carlos Technological Park with funding from the Research for Innovation in Small Businesses (RISB, or PIPE in the Portuguese acronym) program, which supports startups and technology-based firms employing up to 250 people.

RISB funding and support helped Cellco to get past obstacles that many startups face in Brazil. The first challenge was the large initial investment in purchasing the expensive equipment needed to produce scientific supplies. Many startups are unable to survive the first years outside their incubators because they fail to reach the production levels needed to cover the investment and operating expenses. “It’s hard to monetize the business in its early years; even firms that succeed are often unable to break even and cover personnel, rent, maintenance, and infrastructure expenses,” explains Leila Lopes-Bezerra, who cofounded BIDiagnostics—a startup incubated in 2019 at USP’s Center for Innovation, Entrepreneurship, and Technology (CIETEC)—to produce antigens for serological tests to diagnose zoonoses. 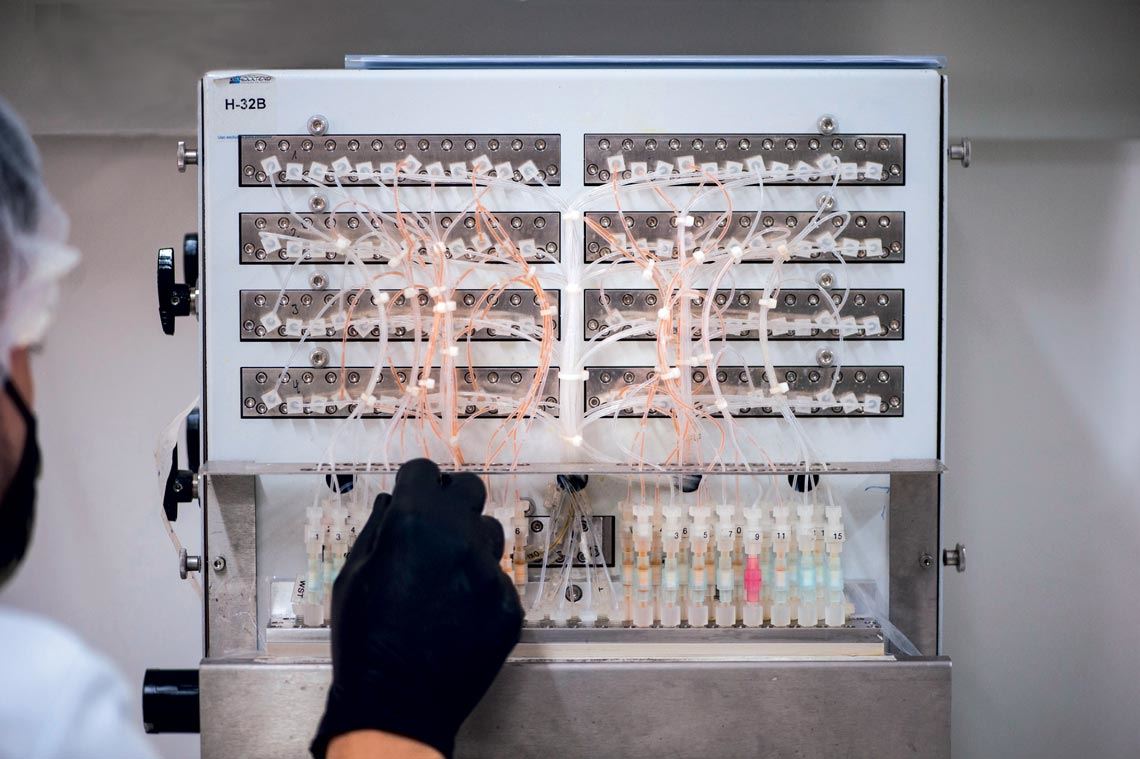 It takes time to develop a strong customer base, as researchers are often reluctant to source supplies from companies they are unfamiliar with. “Because initially we only resold products from Jena, a company that most researchers are familiar with, our production costs were low and we had cash flow to invest in the laboratory,” explains Dotta. The company continues to sell reagents from the German firm, but now has a proprietary, diversified portfolio of enzymes. “In our case it took us six months to set up basic laboratory infrastructure with our own funds at CIETEC. This enabled us to develop customers that procure our services, although revenues are still limited,” says Lopes-Bezerra. Like Cellco, BIDiagnostics was also supported through the RISB program.

Difficulties getting funding led molecular biologist João Bosco Pesquero to use a strategy similar to Dotta’s to found Exxtend in 2011, a company specializing in oligonucleotides—a type of reagent widely used in biomolecular research and diagnostics. Pesquero, a professor in the Biophysics Department at the Federal University of São Paulo (UNIFESP), initially created Exxtend to supply materials to Helixxa, a genomics services company he owned at the time. Helixxa had a large demand for oligonucleotides, or primers—nucleic acid segments needed to replicate RNA and DNA—which were expensive and had to be imported. “I decided to build a sister company to produce and sell primers to Helixxa and grow with it,” says Pesquero. But without funding for the business, he reached out to an acquaintance he had made in Germany during a post-doctoral internship at the Max Delbrück Center for Molecular Medicine, in Berlin. This acquaintance introduced him to the owners of K&A, a manufacturer of oligo synthesizers, who agreed to join the business as partners and supplied part of the equipment used to synthesize oligonucleotides.

Exxtend now supplies products to customers across Brazil, including research laboratories such as the one led by biologist Alessandro Farias at the University of Campinas (UNICAMP) Institute of Biology. Farias is leading the diagnostics leg of the University’s COVID-19 task force, and has used primers supplied from Exxtend to develop an RT-PCR test kit for the disease. The University is sourcing supplies from the startup as part of a strategy to substitute locally produced reagents for imported ones. “We realized early in the pandemic that global demand for reagents would likely increase as countries around the world worked to develop tests for COVID-19,” says the researcher. “We decided to anticipate the potential shortage by assessing the effectiveness of locally produced reagents that were equivalent to those validated by the World Health Organization [WHO].” The group sourced supplies from Exxtend, Cellco, and Rheabiotech, a firm created in 2008 in Campinas.

Pesquero notes that supplies manufacturers in São Paulo typically perform better than those in other regions in Brazil. “They are relatively more successful here in part because of initiatives such as FAPESP’s PIPE [RISB] program,” he says. Like Cellco and BIDiagnostics, Rheabiotech was a beneficiary of RISB funding. FAPESP also helps to create a market indirectly in other ways: researchers receiving funding from the Foundation can cut costs by sourcing supplies from manufacturers in São Paulo. “Since 2017, FAPESP has required invoices for research materials to be issued in the Foundation’s name, and this provides eligibility to state sales tax [ICMS] exemption in São Paulo,” says biologist Daniel Martins-de-Souza, who heads the Neuroproteomics Laboratory at UNICAMP. “This can mean more than 18% in savings for research projects, creating an incentive for researchers to source supplies from firms in São Paulo.”

While these measures can help to attenuate the problem, they are in themselves insufficient to create an environment where these types of firms can thrive in Brazil. One problem is that manufacturers are typically dependent on imported raw materials and are vulnerable to foreign-exchange variance. “The cost of purchasing dollar-denominated materials, combined with import taxes, forces us to raise prices on our products, making us less competitive in the domestic market,” says Pesquero. Some firms, such as Rheabiotech, have attempted to procure raw materials from local suppliers. “The problem is that Brazil lacks a well-structured supply chain for scientific supplies. Suppliers are typically small and unable to supply everything we need,” says Rheabiotech founding partner Fernanda Rojas.

Curtailed S&T investments are also constraining the expansion of scientific-supply manufacturers, researchers say. “With less money to spend, research is either postponed or stops altogether, and with it the demand for supplies and equipment,” says Alain Savatovsky, an electrical engineer who founded AVS Projetos, a company specializing in animal research equipment such as treadmills, electrical stimulators, and amplifiers. Savatovsky began developing equipment while working in the Department of Biomedical Engineering at the São Paulo School of Medicine (now merged into UNIFESP) in the early 1990s. When budget curtailment began, all activities in his department were put on hold and Savatovsky had to switch from developing new equipment to refurbishing existing units. Meanwhile, he decided to leverage his experience at the university to start a side business making animal research equipment. “I started working out my garage,” he recalls. One of the challenges in gaining a foothold in the market, he says, is approaching researchers and deconstructing the idea that imported products are better than the ones produced locally. “Another problem is producing equipment at a competitive cost. Researchers can purchase supplies from overseas without paying import tax, while my business doesn’t get the same benefit.”

There are other factors explaining the limited contingent of supplies manufacturers in Brazil. For economist Fernanda de Negri, who heads the Center for Research on Science, Technology, and Society at the Institute for Applied Economic Research (IPEA), Brazil’s small-scale research infrastructure may be another underlying issue. In a 2015 survey, Negri and her colleagues found that Brazilian research infrastructure is primarily made up of small laboratories linked to universities, with an average staff of four researchers and equipment worth a total of not more than R$250,000 (see Pesquisa FAPESP issue no. 232). “Fragmented infrastructure limits Brazil’s ability to produce cutting-edge research and to form an attractive market for local suppliers.”

The financial barriers to starting a business and the limited infrastructure force these companies to focus their production capabilities on one or only a few types of supplies. Meanwhile, international companies, and some local importers, have a more diversified product menu, with some selling everything from enzymes to antibodies, and from oligonucleotides to cell cultures. “This allows them to better manage their margins,” says Farias of UNICAMP. “To close a deal or submit a successful tender, they can lower the price of one product and offset the difference through sales of other products. Small companies lack the scale to do this, and lose market share as a result.”

The global market for research supplies is expanding, and has been for several years. The segment is projected to reach US$14.1 billion by 2025 from US$10.1 billion in 2020, according to a report from US market research firm Markets and Markets. This growth, the report explains, has been driven by increasing investment in research and development (R&D), especially in proteomics and genomics; rising demand for high-quality antibodies for research reproducibility, so other researchers can validate research findings; and growing demand for personalized medicine and structure-based drug designs. The market research report, published in October, notes that the COVID-19 pandemic has given a boost to the segment and supplies manufacturers may continue to benefit from this momentum over the following years, even after vaccines have been developed, as testing and tracing will remain a priority in the pandemic response and will require raw materials for diagnostic tests.

In this market context, Brazilian researchers see a need to create an ecosystem that enables local manufacturers to develop and thrive in the country. For Fernando Peregrino, chairman of the National Council of Higher Education and Research Funding Foundations (CONFIES), this will not be achieved unless S&T policy is treated as an integral part of economic policy, and not as something separate. In addition, says Martins-de-Souza of UNICAMP, “students need to be trained to develop business skills from early undergraduate education.” This was a lacking for Fernanda Rojas when she founded Rheabiotech. “The only thing we knew how to do was produce antibodies. The rest we had to learn as we went, at a time when there were very few biotechnology companies we could emulate in Brazil.”