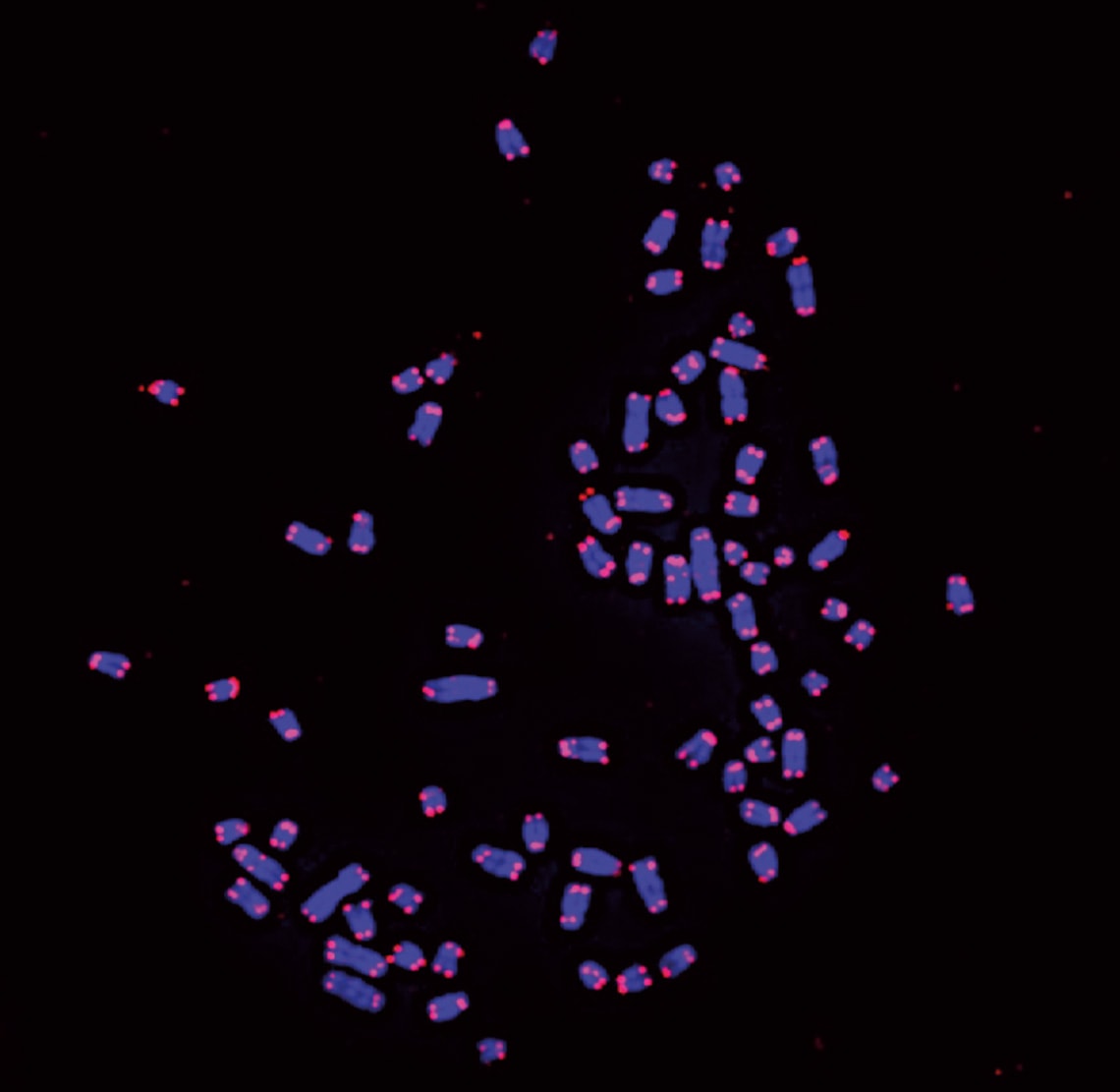 Chromosomes from a dog with the telomeres highlighted in pinkWikimedia commons

Telomeres, the thick structures at the tips of chromosomes—the packages in which DNA organizes itself in cells—have long been understood as linked to lifespan and aging. A study led by Spanish molecular biologist Maria Blasco, director of the Spanish National Cancer Research Center, compared how telomeres change over the lifetimes of a variety of animals. Mice, goats, seagulls, reindeer, vultures, dolphins, flamingos, and elephants are very different sizes and have very different lifespans, which is reflected in the initial volume of their telomeres. However, the group observed that the size of these structures has no bearing on the lifespan of the species. What matters is the rate at which they deteriorate. And the variation is enormous: over 6,000 base pairs are lost per year in mice, while this figure was around 100 in elephants (PNAS, July 8). When the telomeres reach between 75% and 50% of their original length, the animal’s life comes to an end. Aging seems to be linked to the deterioration of genetic material, which over time and without the protection of telomeres, loses its ability to repair the damage caused by the environment.