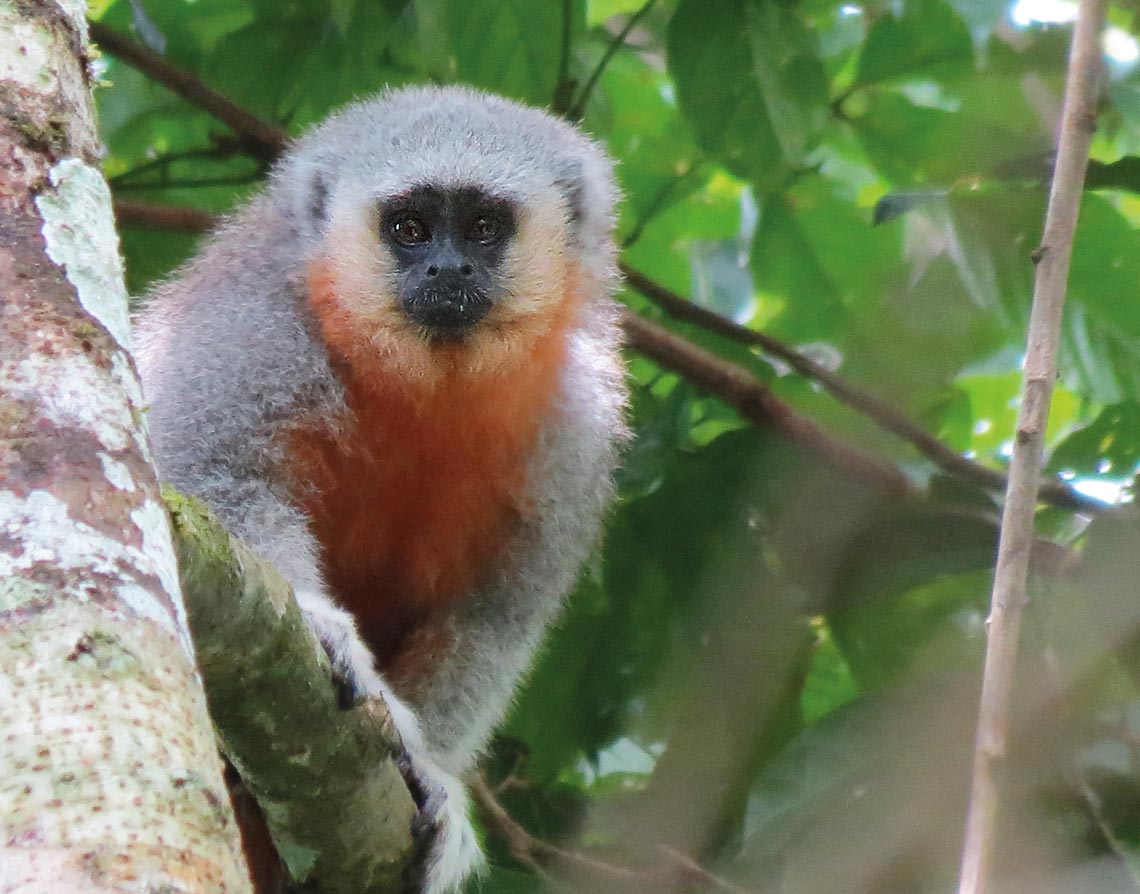 Since 2002, seven new species of monkeys have been described in the subfamily Callicebinae, a group of medium-sized primates popularly known as titis that live only in South America. The most recent of these is Plecturocebus grovesi, sighted for the first time in 2012, in forests neighboring the municipality of Alta Floresta in northern Mato Grosso State, near the border with Pará. Counting P. grovesi, the number of species of titi monkeys rises to 33. “What caught our attention right away was its all-black tail, which is uncommon in titi monkeys in southern and southeastern Amazonia,” explains Brazilian primatologist Jean Boubli of the University of Salford in England. She is lead author of the scientific paper in which the species is described, which was published in the March issue of the science journal Molecular Phylogenetics and Evolution. “The general appearance and coloring of its back, with the reddish tones on the shoulders, and the fur on its face also caught our attention.” Researchers from ten other institutes and universities in Brazil and the United States are coauthors of the work.

Titi monkey species are grouped in three genera, based on their differing geographic distribution. Callicebus are found in eastern Brazil. Cheracebus are found in the river basins of the Orinoco River and Rio Negro, and in the upper Amazon basin. And Plecturocebus, the genus to which the new species belongs, live in the southern Amazon and in the region of the Paraguayan Chaco. In addition to the specific characteristics of its pelage, two other factors led the researchers to confer the status of species on the specimens of P. grovesi: its evolutionary history, studied through its genetic material and anatomical traits, which indicated differences in its DNA in relation to very similar species such as Plecturocebus moloch, and its specific area of habitation.

The newly identified titi exclusively inhabits the area between the Juruena and Teles-Pires rivers, in Mato Grosso. “It was surprising to have discovered a new species of monkey near urban areas and Alta Floresta, an easily accessible place that’s already been visited by numerous researchers,” Boubli notes. The region where the titis of Alta Floresta live is part of what has been named the Arch of Deforestation, a southern region of the Amazon with significant deforestation.